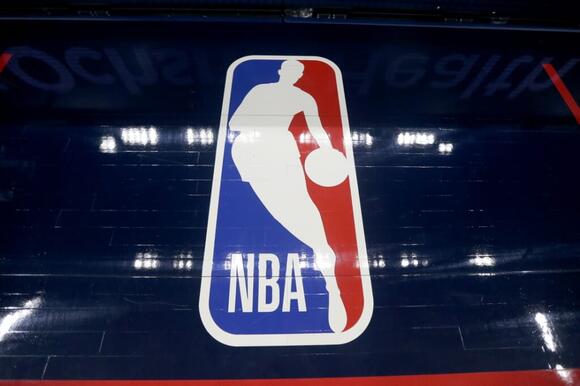 He was moved into the position when president of basketball operations and general manager Neil Olshey was fired following an investigation into workplace misconduct.

Cronin will oversee all aspects of basketball operations.

“Joe has shown in his short time as interim GM that he is more than ready to continue leading the front office,” said Jody Allen, Portland Trail Blazers board chairperson. “We remain excited for the future of Trail Blazers basketball with Joe and (coach) Chauncey (Billups) driving a cohesive plan to build an even more competitive and winning roster.”

Cronin intends to rebuild the franchise around all-NBA guard Damian Lillard, who missed the final three-plus months of the season due to an adominal injury. The Blazers will have a top 10 draft pick and a $21 million trade exception to work with, gained with the trade of guard CJ McCollum to the New Orleans Pelicans in February.

Cronin joined the team as a basketball operations intern in 2006. In 2010, he was promoted to pro scout/salary cap analyst, then to director of player personnel in 2014 and assistant general manager in 2021.

Phoenix Suns star Deandre Ayton is under the impression that the team’s soon-to-be former owner Robert Sarver is the main
PHOENIX, AZ・2 DAYS AGO
Sportsnaut

Ranking the 10 best Phoenix Suns players of all time, including Devin Booker

The Phoenix Suns are currently one of the best teams in the NBA. The Suns were added to the league
PHOENIX, AZ・2 DAYS AGO
Sportsnaut

Even though some fans are for New York Knicks lineups that include Julius Randle and Obi Toppin, the team’s head
NEW YORK CITY, NY・1 DAY AGO
Sportsnaut

Some might say the big man is a dying breed in the NBA. Try telling that to Nikola Jokic or
NBA・4 HOURS AGO

The New York Knicks traded for Cam Reddish in January amid controversy. He did not immediately have a spot in
NEW YORK CITY, NY・4 HOURS AGO
Sportsnaut

While Cleveland Browns fans hope for a speedy recovery and quick return to the field for defense star Myles Garrett,
CLEVELAND, OH・2 DAYS AGO
Sportsnaut

The 2022 Major League Baseball season is underway with a month of games already behind us. That means it’s already
NFL・11 MINUTES AGO
Sportsnaut

The Washington Wizards snagged guard Johnny Davis with the 10th pick in the 2022 NBA Draft, hoping he could provide
WASHINGTON, DC・7 HOURS AGO
Sportsnaut

The New Orleans Pelicans and forward Larry Nance Jr. are in agreement on a two-year, $21.6 million extension, his agent
NEW ORLEANS, LA・9 HOURS AGO
Sportsnaut

Los Angeles Lakers great Shaquille O’Neal was actually interested in putting together a bid to buy the Phoenix Suns until
LOS ANGELES, CA・9 HOURS AGO
Sportsnaut

With less than three weeks remaining until the regular NBA season begins, let’s look at which New York Knicks may
NEW YORK CITY, NY・2 DAYS AGO

Los Angeles Football Club can move closer to securing their second Supporters’ Shield title in their five-year club history when
PORTLAND, OR・3 HOURS AGO
Sportsnaut

While a losing effort in Japan, the Washington Wizards’ preseason debut on Friday may have turned out to be a
WASHINGTON, DC・1 DAY AGO
Sportsnaut

Over the first few months of his tenure as Miami Dolphins head coach, Mike McDaniel has made it abundantly evident
CINCINNATI, OH・1 DAY AGO
Sportsnaut

Derrick Etienne Jr. tied it in the 89th minute and won it in the third minute of stoppage time as
COLUMBUS, OH・43 MINUTES AGO
Sportsnaut

When you have two NBA teams that are headed in two completely different directions, as the Indiana Pacers and Los
INDIANAPOLIS, IN・10 HOURS AGO
Sportsnaut

The Washington Capitals enter the 2022-’23 season with plenty of uncertainty regarding how this team will fare in the months
WASHINGTON, DC・8 HOURS AGO