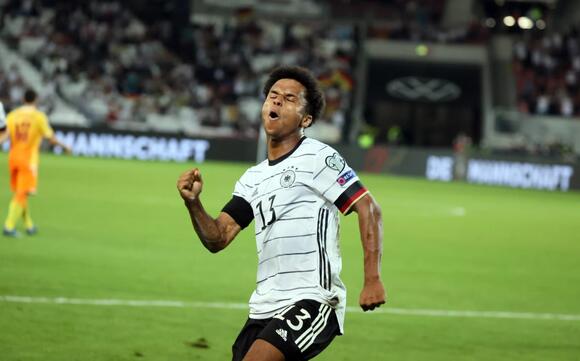 Dortmund look prepared for life after Haaland having reportedly agreed a deal for a striker to replace him.

Borussia Dortmund look prepared for life after Erling Haaland having reportedly agreed a deal for a striker to replace him.

Haaland is expected to be confirmed as Manchester City's first summer signing later this week and will undoubtably leave a huge hole at Dortmund.

The 21-year-old has so far netted 61 times in 66 Bundesliga games for Dortmund.

He has also proven his worth in the Champions League, where he scored his first 20 goals in a record-quick time of 14 games.

Dortmund signed Haaland from Red Bull Salzburg in January 2020 and, as reported by Fabrizio Romano, their next striker will arrive from the same club.

Karim Adeyemi is said to be on his way to Signal Iduna Park for a transfer fee of €38m, which would leave Dortmund still with a fair chunk of change after Haaland's sale.

Dortmund will therefore try to sign another striker as well as Adeyemi, according to Romano.

Haaland scored 25 goals in just 23 games during his year at Salzburg.

Although Adeyemi's record there is not quite as impressive, he has netted 24 times in all competitions this season and had previously been linked with Manchester United.

Adeyemi's agent, Thomas Solomo, confirmed that United interim boss Ralf Rangnick had "wanted to enter the race" but that he and his player "want BVB".

Ronaldo did not feature in Sunday's Manchester derby as United manager Erik ten Hag opted to leave him on the bench.
PREMIER LEAGUE・17 HOURS AGO
Futbol on FanNation

Messi hit his prime in the 2011/12 season when he recorded 73 goals in 60 appearances - a rate of 1.22 goals per game.
PREMIER LEAGUE・1 DAY AGO
LFCTransferRoom

Report: Lionel Messi To Move Back To Barcelona in 2023

Argentine will leave Kylian Mbappe and Neymar and return to the Nou Camp next summer according to a report.
SOCCER・45 MINUTES AGO