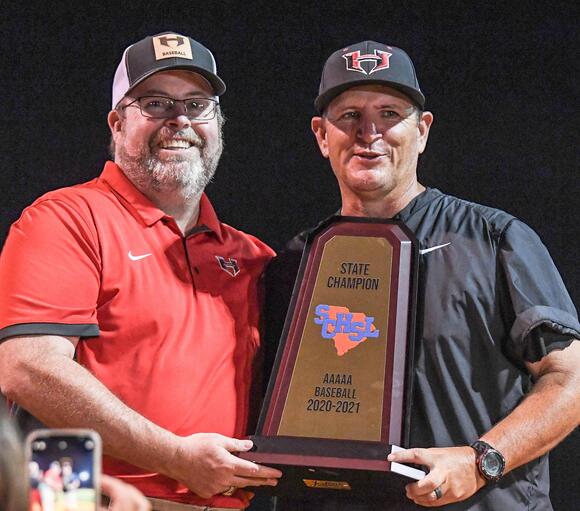 SIMPSONVILLE — At one point or another, it becomes time to move on to something new.

For Dale Nelson, that was becoming baseball coach at Hillcrest in 2018 . He led the Rams to the school's first baseball title last season.

Now it's his retirement from coaching after 28 years at high schools across the Upstate. Because it's time, Nelson said Monday, to just be a dad.

"It was a really easy decision," the 50-year-old Nelson told The Greenville News. "I had really thought about getting out last year just because of the way it ended. I felt like I owed it to the six seniors I had, I wanted to see it through for them.

"It's just the fact that my son is a redshirt freshman at college of Charleston, (my daughter) is going to be a freshmen playing volleyball. I have one shot with each of them."

The News learned of Nelson's decision after his position was posted prior to the conclusion of the Rams season. Nelson said he will still teach for one more year at Hillcrest and coach in the summer, but that his time as a high school coach is over.

"Wins and losses, they kind of take care of themselves," Nelson said. "But the biggest thing is the relationships you form with your players. I know it sounds cliché, but it's really the truth."

HILLCREST BASEBALL: With a 'bunch of dudes who love baseball,' Hillcrest advances to State finals

A 1989 graduate of Laurens High School, Nelson was hired as an assistant in 1994 before being promoted in 2006. He left Laurens in 2016 and spent two seasons as an assistant at J.L. Mann before coming to Hillcrest in 2018. During his tenure at Hillcrest, the Rams were 65-30-2.

This season Hillcrest went 13-12-2. Last  year the Rams finished 24-8 on their way to the AAAAA state championship.

"He's definitely going to be missed," said Hillcrest athletic director Thomas Fredrickson.  "The kids love him, the community loves him. He holds them boy to a high standard and it showed last year and this year."

His son, Peyton, who was on the state championship team last season, is now playing for College of Charleston.

"Winning the state championship is probably the highlight of my career," Nelson said.

Reflecting on his time as a coach, he's proud of the programs he helped build at Laurens and Hillcrest. However,  he's more proud of the players he coached.