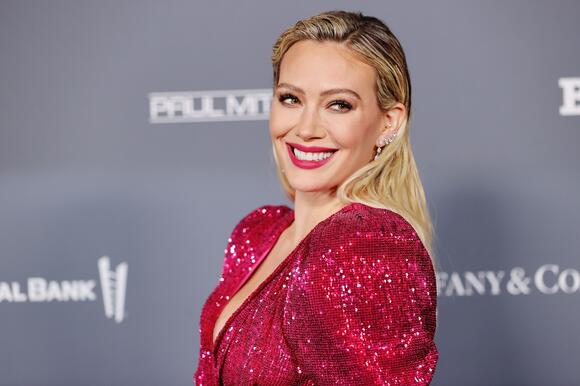 LOS ANGELES (CNS) - A judge today indicated he is poised to grant a motion by Fox Broadcasting Co. and Talk WW Production Inc., the producers of "The Wendy Williams Show," to dismiss a photographer's lawsuit alleging that he was libeled and slandered during an episode of Williams' show dealing with his 2020 encounter at a park with Hilary Duff.

"Here, the complaint only alleges that the statements were disparaging and intimated that the plaintiff was a child predator," Kalra wrote. "However, when looking at the transcript of the judicially noticed video, the only comment made on `The Wendy Williams Show' about the plaintiff that would be unkind is that the plaintiff's actions were `creepy.' As such, the plaintiff has failed to allege sufficient facts to constitute libel or slander."

The judge is scheduled to hear arguments Monday before issuing a final ruling.

When the suit was filed in February 2021, Duff and Williams were also named as defendants, but neither were ever served.

Wilkins encountered Duff, now 34, in a public park and the actress asked him not to photograph young children, including her 7-year-old son, as they played soccer, according to the defendants' court papers.

Duff recorded the encounter with Wilkins on her cell phone and posted the video to her Instagram page, where it became publicly disseminated and reported in the celebrity news media, with a portion being played during the "Hot Topics" segment of an episode of "The Wendy Williams Show" discussing celebrity news, according to the defendants' court papers.

"Although plaintiff's complaint alleges Duff called him a `child predator,' there is no such statement made by anyone in the `Wendy' segment," according to the defendants' court papers.

In his tentative ruling, Kalra agreed that Williams was expressing an opinion of what she saw in Duff's video.

"As the defendants' motion indicates, the only statement made by Williams is that (Wilkins') actions were `creepy,"' the judge wrote. "Whether or not someone's actions are `creepy' are opinions."

One day before a celebration is held in Griffith Park to celebrate the life of Southland mountain lion P-22, a trio of local congressional representatives called for the creation of a postage stamp honoring the animal known as the “Hollywood Cat.”
LOS ANGELES, CA・2 DAYS AGO
KNX 1070 News Radio

Oscar-nominated actress Melinda Dillon, best remembered as Ralphie’s mother in “A Christmas Story” and for climbing Devils Tower with Richard Dreyfuss in search of UFOs in “Close Encounters of the Third Kind,” has died at age 83.
LOS ANGELES, CA・1 DAY AGO
KNX 1070 News Radio

On Dec. 20, 2022, Staff Sergeant Josue Fragoso was working with a recruit in his Torrance office when he heard the sound of shattering glass. He had a feeling he knew exactly where it came from - a nearby jewelry store.
TORRANCE, CA・2 DAYS AGO
KNX 1070 News Radio

Man charged with fatal attack on bicyclist in Dana Point

A 39-year-old Long Beach man was charged today with murder in the killing of a bicyclist in Dana Point. Vanroy Evan Smith also faces a sentencing enhancement for the personal use of a deadly weapon.
DANA POINT, CA・1 DAY AGO
KNX 1070 News Radio

The family of a disabled man who died after tripping over a concrete wheel stop in the parking lot of a church near Koreatown in 2018 has settled their lawsuit against the house of worship, attorneys told a judge.
LOS ANGELES, CA・1 DAY AGO
KNX 1070 News Radio

In a unanimous vote, Los Angeles Police Department Chief Michel Moore was appointed today to a second five-year term by the Board of Police Commissioners, but he is not expected to serve the full term.
LOS ANGELES, CA・4 DAYS AGO
KNX 1070 News Radio

When an ambitious biopic about Michael Jackson hits theaters, the King of Pop will be portrayed by his 26-year-old nephew Jaafar, distributor Lionsgate announced today.
LOS ANGELES, CA・5 DAYS AGO
KNX 1070 News Radio

Los Angeles received a $60 million grant from the Department of Housing and Urban Development to address homelessness. “This is a big deal because of what it represents,” L.A. County Supervisor Janice Hahn said. .
LOS ANGELES, CA・2 DAYS AGO
KNX 1070 News Radio

Actress Lisa Loring, who played Wednesday on “The Addams Family” television series from 1964 to 1966 has died of a stroke. She was 64. Her daughter Vanessa Foumberg confirmed to Variety Loring died on Saturday.
LOS ANGELES, CA・6 DAYS AGO
KNX 1070 News Radio

A Long Beach man has been booked on suspicion of murder for allegedly hitting a bicyclist with his car on Pacific Coast Highway in Dana Point and then stabbing the man, who later died at a hospital.
DANA POINT, CA・2 DAYS AGO
KNX 1070 News Radio

The man accused of fatally shooting 11 people at a Monterey Park ballroom had previously expressed to police what some believe were paranoid views regarding his family and a woman he was dating, among others, according to a report.
MONTEREY PARK, CA・5 DAYS AGO
KNX 1070 News Radio

A fire damaged a house in Beverly Hills today, but no one was hurt, authorities said. Firefighters were sent to the 1000 block of Elden Way about 4:30 a.m., according to the Beverly Hills Police Department.
BEVERLY HILLS, CA・2 DAYS AGO
KNX 1070 News Radio

A California lawmaker wants Congress to regulate the use of artificial intelligence better. As KNX reporter Chris Sedens tells us, putting together the resolution was pretty easy for the L.A. Congressman because, well, he used AI to write it!
LOS ANGELES, CA・5 DAYS AGO
KNX 1070 News Radio

A man wanted for allegedly vandalizing a landmark mural in Costa Mesa with white supremacist language in October was arrested when he appeared in court on an unrelated matter, police said.
COSTA MESA, CA・4 DAYS AGO