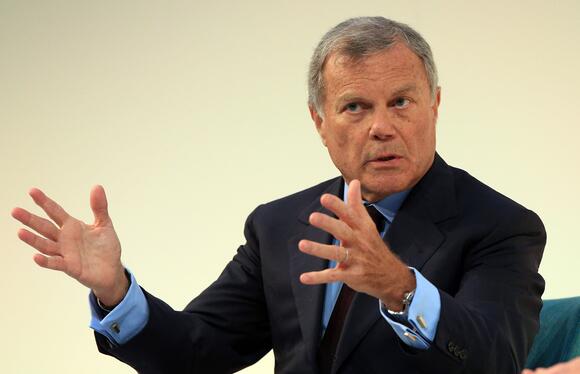 S4 Capital has reported that its revenue doubled in 2021, as boss Sir Martin Sorrell apologised for the “unacceptable and embarrassing” delay in posting full-year results.

Shares in the advertising agency rose almost 20% on Thursday after the company announced it would be publishing the results more than a month after it said auditors had failed to sign them off.

The delay had been announced just an hour before the results were initially due, wiping almost a third off the agency’s market value.

Sir Martin said on Friday that he will be making significant changes to the company’s governance and tightening financial controls in the wake of the auditing failures.

He said: “Whilst this growth, both organic and through business combinations, is very satisfying, the delay in producing our 2021 results is unacceptable and embarrassing, and significant changes in our financial control, risk and governance structure and resources are being implemented and planned.”

The former WPP boss founded the company in 2018 and it employs more than 8,400 people in 33 countries.

S4 Capital works with the likes of Facebook, HP, Google , Amazon and Netflix.

The business plans to add five more “whopper” clients to its portfolio in the year ahead as well as investing in its financial team to avoid auditing delays happening again.

He also credited S4 Capital’s global team responding “unflinchingly” to the Ukraine war and said he believes 2022 will be a good year for the business, with consumers temporarily insulated from the impact of inflation on savings.

He added: “This is despite the significant inflation, higher interest rates, continued Covid lockdowns in China , and the bitter, vicious war in Ukraine – which will raise risk levels for clients in Central and Eastern Europe, and to a lesser extent Asia Pacific, whilst lowering them in North and South America.”

Shares in the company rose by 4% to 338.9p in early trading on Friday.

And how a focus on ESG helps make AB InBev more efficient.
BUSINESS・18 MINUTES AGO
The Independent

The news that Elon Musk has reprised his original $44bn offer to buy Twitter has sent shock waves through Silicon Valley, Wall Street and, of course, sparking plenty of discussion on the app itself. The most important audience for the move, Twitter Inc, met the announcement with little fanfare, merely...
BUSINESS・22 HOURS AGO
The Independent

Elon Musk on Tuesday revived his offer to buy social networking site Twitter for $44bn, after previously attempting to back out of the high-profile deal.The Tesla billionaire proposed the price, which equals the original valuation of $54.20 a share, in a letter to Twitter filed on Monday with the Securities and Exchange Commission.In the letter, his layers stated that Mr Musk and his backers “intend to proceed to closing of the transaction contemplated by the April 25, 2022, merger agreement, on the terms and subject to the conditions set forth therein.” Twitter confirmed that it had received the letter...
BUSINESS・24 MINUTES AGO
The Independent

Campaigners have reacted angrily after Coca-Cola has been named as a sponsor of the United Nations’ Cop27 climate summit in Egypt later this year.The vital climate conference, described as the "last chance saloon" for keeping runaway global warming in check, has been accused of providing Coca-Cola with an "unchallenged platform" on the global stage.The firm – one of the world’s biggest plastic polluters, using around 3 million tonnes of plastic packaging a year – has been accused of "greenwashing", and a petition has been launched calling for their removal as a sponsor to the event.Almost 13,000 people have signed the...
ECONOMY・3 HOURS AGO

More than three million people in the UK are unable to afford basic everyday essentials such as toothpaste and period products, according to a new report which lays bare the extent of the cost of living crisis gripping the country.Shampoo and laundry detergent are among some of the other items now out of reach for Britons struggling to pay sky high energy bills and rising food prices, research by charity The Hygiene Bank reveals.Last month the government stepped in to help cushion the blow of higher gas and electricity bills by announcing a freeze on unit costs, meaning that...
U.K.・4 HOURS AGO