FALMOUTH - With visits throughout the Plymouth and Barnstable district, state Sen. Susan Moran on Saturday kicked off her campaign for reelection.

"I'm so excited to be out on the campaign trail again, to be able to see people in-person and have conversations with people to really hear what they need," Moran said.

The state senator said if reelected, she wants to continue to focus on economic development in her district, especially in light of the pandemic's nationwide economic impact. 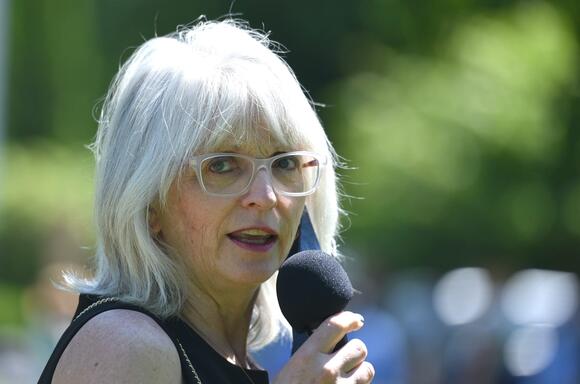 She also said lawmakers must address the housing shortage and work town-by-town to find a solution.

One of the most crucial parts of the campaign, in Moran's words, is her support and work on Common Start Legislation which aims to provide more access to high-quality child care throughout the state.

"It's so important to support families in need of child care, to help them get back on their career paths," she said. "Most importantly, though, is that kids are able to be in a learning environment from day one, to be able to be in a setting with other kids to grow into the important and productive adults we need in the future. We need to support childcare businesses."

The Plymouth and Barnstable district consists of Bourne, Falmouth, Kingston, Pembroke, Plymouth and Sandwich, but will also include two new towns in 2023 due to recent state-wide redistricting.

"I'm really looking forward to adding two new communities, Mashpee and Plympton, to my district," Moran said. "I have deep ties with the Mashpee community, and it's been so exciting to get to know the people of this diamond of a community that is Plympton."

Before being state senator, Moran served on the Falmouth select board and was chair for two years. In May 2020 she ran in a special election, where she defeated Republican James "Jay"  McMahon. In October of that year she was  elected for a full term.

During her time in office, Moran has served on the Cannabis Policy, Financial Services, Municipalities and Regional Government, Tourism, Arts and Cultural Development and Transportation Joint Committees. 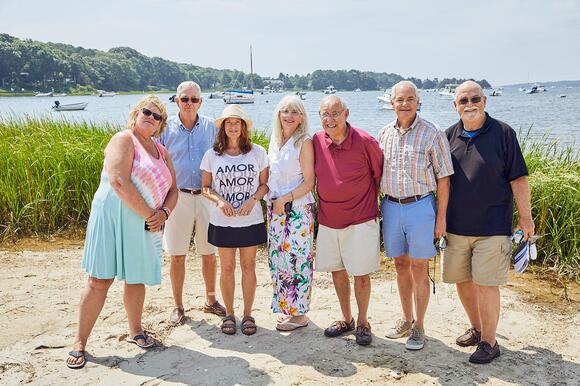 This past year she served as Senate chair and vice-chair of the Consumer Protection and Professional Licensure and the Public Health Joint Committees respectively.

Considering an accessory dwelling unit for your property?: Here's a guide

The bill is in response to controversial plans from Holtec International to release one million gallons of radioactively contaminated water from the now-closed Pilgrim nuclear power plant into Cape Cod Bay.

While the emergency legislation is still in committee, Moran said that she and fellow legislators have been "pushing hard" for the bill while also looking for alternative solutions on a state-level for intervention against the radioactive water discharge.

Kari McRae , a Republican from Bourne, has announced plans to run for the seat.

The primary will take place on Sept. 6, with the general election set for Nov. 8. The deadline for candidates to file for this race is May 31.