Moderna Asks FDA to Authorize Vaccine for Children Younger Than 6 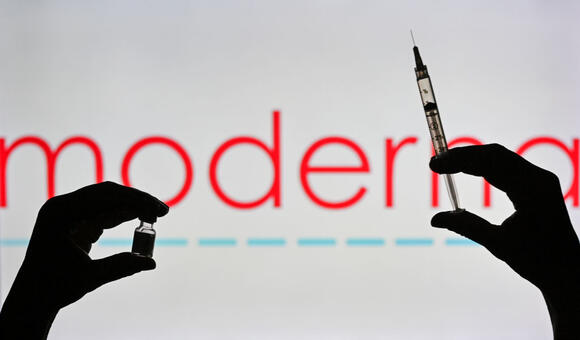 Moderna said Thursday that it had asked the Food and Drug Administration to authorize its coronavirus vaccine for children younger than 6, making it the first manufacturer to do so. A top official said the firm would finish submitting data to regulators by May 9.

The development, which was expected, could intensify pressure on federal regulators to authorize a vaccine for the nation’s youngest children. Parents of the roughly 18 million youngest Americans, the only population group not yet eligible for vaccination, have been increasingly vocal about their frustration with delays, and members of Congress have been asking the FDA why it cannot move faster.

Moderna’s application for emergency use authorization is complicated because so far its vaccine has been cleared only for adults. The FDA has generally authorized COVID vaccines according to age group, calculating that the risks of severe disease and the benefits of vaccination are highest for the oldest Americans and reduced for young recipients.

Moderna has already requested authorization of its COVID vaccine for 6- to 11-year-olds and 12- to 17-year-olds, and a spokesperson said it would submit data supporting and updating those requests in about two weeks. At the moment, the FDA appears to be leaning toward considering all three of the company’s applications to vaccinate children simultaneously.

At a Senate oversight hearing Tuesday, Dr. Peter Marks, who oversees vaccine regulation for the FDA, said some requests “are complicated because they are relatively larger, covering larger swaths of the pediatric population than others,” an apparent reference to Moderna.

The FDA has promised to ask its outside advisory panel of experts to review the data before the agency authorizes any vaccine for the youngest children. Meetings of the panel that were tentatively scheduled for May have now been moved to June, suggesting that no regulatory decision will come next month. The agency is expected to release a more definitive timetable for the advisory panel meetings as soon as Friday.

By June, Pfizer and BioNTech, its German partner, are likely to have completed their own application for pediatric doses covering children 6 months to 4 years old. That sets up a potential regulatory dilemma: Should the FDA try to authorize Moderna’s vaccine as quickly as possible, or wait for results on Pfizer’s vaccine, which could prove more effective and have fewer side effects?

The companies’ vaccines are different in key respects. Moderna is proposing a two-dose regimen for children up to 6 years old, using one-fourth the strength of an adult dose. Pfizer and BioNTech are working on a three-dose regimen for those 6 months up to 5 years old, at one-tenth the strength of the adult dose. The Pfizer vaccine is already authorized for children 5 and older, giving the company a track record with pediatric doses.

In an interview last week, Dr. Anthony Fauci, the chief medical adviser to the White House, suggested that the FDA wants to review Moderna and Pfizer's data for the youngest age group simultaneously to directly compare the merits and not “confuse people.” That prompted questions from some pediatricians about whether the agency would delay action on Moderna’s application while waiting for Pfizer’s data.

“The data that we have now, that will go in today, should be sufficient for FDA to begin the review,” he said. He said he hoped that the agency would “carefully and appropriately assess the data and not hold it up.” He added: “They’ll do the right thing. They always have.”

Moderna’s clinical trial data showed that the antibody response of the youngest children compared favorably with that of adults ages 18-25, meeting the trial’s primary criterion for success. Although the trial was not big enough to measure vaccine effectiveness, Moderna said Thursday the vaccine appeared to be 51% effective against symptomatic infection among those younger than 2, and 37% effective among those 2-5.

Those results were slightly better than the ones Moderna previously released for children younger than 2. The company said that was because the second time, the firm excluded infections that had not been confirmed with a PCR test analyzed in a laboratory.

Burton said the new results came from a more rigorous analysis but did not differ significantly from the earlier ones. He said the omicron variant, which proved adept at skirting the body’s first line of defense, accounted for about 80% of infections in the study group.

Omicron has scrambled the calculus for evaluating vaccines because it has proved far more adept than previous versions of the virus at evading the vaccines’ shield against infection, although their protection remains strong against severe illness and death. Both Moderna and Pfizer found that, compared with other, earlier trials, their vaccines’ effectiveness against infection plunged in clinical trials for young children, which were carried out largely during the winter omicron surge.

At the same time, omicron helped build up the nation’s immunity. As of February, 60% of Americans, including 75% of children, had been infected with the coronavirus at some point, according to research released this week by the Centers for Disease Control and Prevention.

“A lot of kids have been infected,” he said, but “there is certainly additional benefit of getting vaccinated.”

Democrats should NEVER be allowed around kids. They are their worst nightmare.

our kids don't need this poison in their bodies. they just want the money and kill us all

A loading screen from My Talking Tom, a wildly popular app game targeted at very young children. (Handout via The New York Times) My Talking Tom, an animated video game featuring a pet cat, is one of the most popular apps for young children. To advance through the game, youngsters must care for a wide-eyed virtual cat, earning points for each task they complete.
18 DAYS AGO
The New York Times

How to Tell the Difference Between Regular Distraction and ADHD

A study published earlier this year found that more than half of the videos about attention deficit hyperactivity disorder (ADHD) on TikTok were misleading. (Pierre Buttin/The New York Times)
9 DAYS AGO
The New York Times

About 1,000 people gathered on a bright morning on the National Mall the Saturday before Thanksgiving for what has become an American tradition: mourning a roadway fatality. With the Capitol in the background and the tune of an ice cream truck looping nearby, the crowd had assembled to remember Sarah Debbink Langenkamp, who was biking home from her sons’ elementary school when she was crushed by a semitruck.
8 DAYS AGO
The New York Times

A Texas man was arrested Friday on a federal charge that he left a voicemail message threatening to kill a Boston doctor who provides care to gender-nonconforming children, authorities said.
2 DAYS AGO
The New York Times

Meet the Man on a Mission to Expose Sneaky Price Increases

SOMERVILLE, Mass. — A few weeks ago, Edgar Dworsky got a promising tip by email. “Diluted cough syrup,” read the message, accompanied by a photo of two packages of syrup with a curious difference: The new one appeared to be half the strength of the old one.
9 DAYS AGO