'I will not let you down': Paul Noel, an ethics advocate, named Knoxville's police chief

As he was introduced Thursday morning, he told Mayor Indya Kincannon: “I promise I will not let you down.”

"First and foremost, I am a crime fighter. That’s what my record is," Noel said at a press conference at the City County Building. "I’m committed to a community-focused, problem-oriented policing style that builds trust, reduces crime and demands accountability."

Noel was the deputy superintendent in charge of the New Orleans Police Department’s criminal investigations division. He was a finalist in Chattanooga’s police chief search earlier this year.

Noel garnered praise in policing circles last year when he received a national award for his Ethical Policing Is Courageous program, which teaches trainees how to speak with and stop colleagues or supervisors who are on the verge of violating agency policies or laws, according to NOLA.com . The program was part of federally mandated reforms by the department. 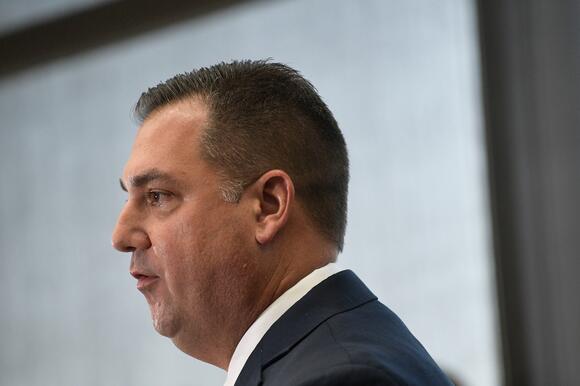 He will have work to do in Knoxville.

In the past three years, eight KPD officers, including two deputy chiefs, have resigned or retired while they were the subjects of internal or ethical inquiries. Another officer is currently suspended while under investigation. What's more, the department has been described by some of its own members, in exclusive Knox News reporting , as sexist and racist.

"I am asking for your unwavering commitment to the integrity of our profession and to the honor of the badge we wear over our hearts," he said to officers gathered to hear his introduction.

He spoke about the difficulties police departments across the country have had in recruiting and specifically noted his focus on hiring Black and female officers. A Knox News report earlier this month shed light on the department's miserably low number of Black officers, just 16 in a department of 360, or 4%.

"When you look at recruiting, we have to not only build the ranks of the Knoxville Police Department, but equally as important, we need to find ways to recruit more people of color, and more females to the organization as well," Noel said. "I know we'll be able to work toward our goals of having a fully operational police force that's representative of the people we serve," he continued.

In his prepared remarks and then again in answering questions from media members, Noel repeatedly spoke about accountability and using policing style that builds trust while reducing crime.

"I believe our fundamental mission to the members of our community is to create safe public spaces by using legal, moral and ethical means," he said.

Functionally, though, he said he demands accountability from officers, particularly patrol officers whose job is integral to the department's mission. 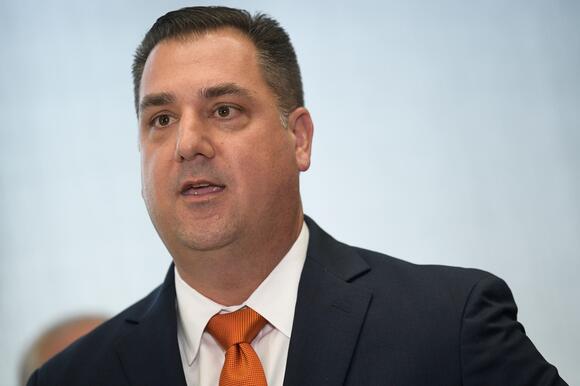 "Accountability is so many things, but this profession, we need to make sure that we're putting our police officers in the right places to be successful at the right times, and they're doing the right things," he said.

He said he puts stock in what data can show and will look for leaders at KPD who use data in decision-making.

In New Orleans, Noel helped start quarterly meetings where homicide victim's families meet with their case worker and then meet together with other families. He said he would like to begin a similar program here.

Families of teens who died from gun violence last year have criticized Chief Eve Thomas for failing to reach out with information.

Asked about the selection and the less-than-open process that preceded it, Kincannon reiterated that she was looking for and found the best candidate for Knoxville.

Noel, his suit complete with an orange tie (he said orange has long been his favorite color), said he loves the region, its people and college football. He joked about his noticeably strong southern Louisiana accent and said he still needs to learn the words to "Rocky Top," and that he would leave his LSU gear at home.

To begin his remarks he thanked his parents, his wife and the police force in New Orleans.

After his introduction, Noel greeted city leaders and a large number of police officers, shaking hands and taking selfies. When he finished he followed Kincannon back to the mayor's office, trailed by Knox County District Attorney Charme Allen.

How we got here

Kincannon selected a chief without naming any finalists. Her team says the city would find a higher quality of applicants if their names were shielded, an assertion debunked by national leaders in open government and police accountability.

Notably, Kincannon chose a chief who had gone through a public application process in Chattanooga just months earlier, and the added scrutiny did not dissuade him from applying there. Noel was a finalist for the Chattanooga chief position.

Thomas' last day is Sunday. She announced her plans to retire in the fall amid a record number of homicides and a surge of resignations and retirements of officers, including two deputy chiefs, due to internal investigations. 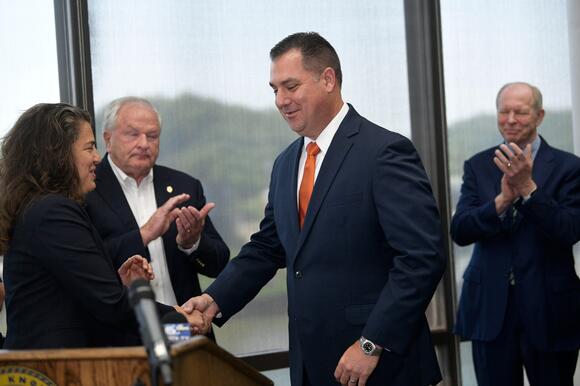 Among her accomplishments, Thomas outfitted uniformed officers with body cameras last spring and pushed for the department’s first co-responder officer, one who is paired with a social worker and largely handles mental health crises. That program has since expanded.

She leaves as the department is months away from opening its new headquarters at the site of the former St. Mary's Hospital in North Knoxville.

This article originally appeared on Knoxville News Sentinel: 'I will not let you down': Paul Noel, an ethics advocate, named Knoxville's police chief