The University of Akron extended men’s basketball coach John Groce’s contract through the 2030 season at a meeting of the board of trustees Wednesday.

Groce’s prior contract was extended in March 2021 through the 2026 seaso n.

There will be no increase in base salary and other key financial areas.

Groce, whose base salary of $650,000 was already among the highest in the Mid-American Conference, earned the extension this past season after taking the Zips to the NCAA Men’s Basketball Tournament, where they came close to upsetting UCLA. UA finished 24-10 in what could be his best coaching job at the school. 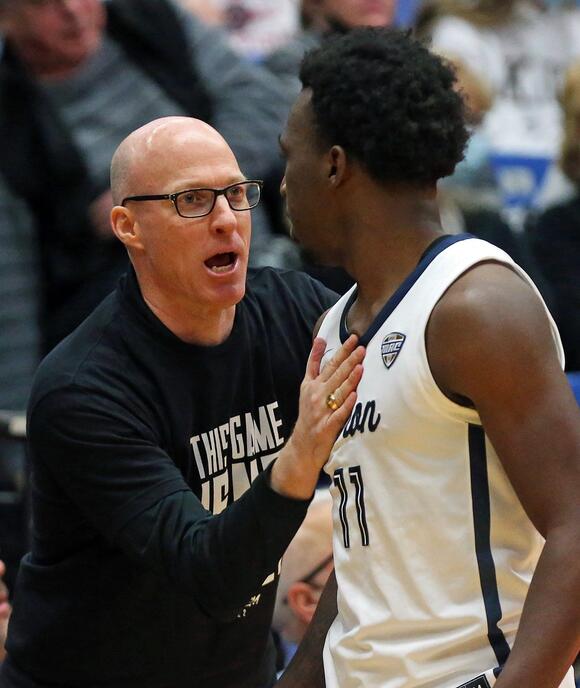 Sammy Hunter, a 6-foot-9, 225-pound forward, will transfer to UA for the upcoming basketball season. He will have two years of eligibility remaining.

Joining him will be guard Trendon Hankerson, who arrives after starting all 30 games last season at Northern Illinois, where he averaged 11.4 points, 3.7 rebounds, 2.3 assists and 1.8 steals.