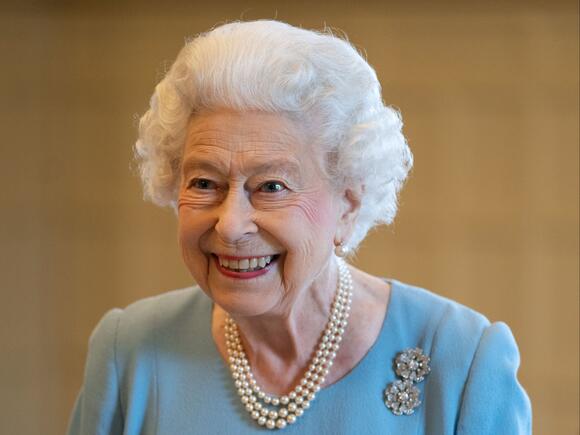 Puppet corgis, a giant 3D wire bust of the Queen and a musical tribute led by Ed Sheeran are just a handful of the things we can expect from the “People’s Pageant”, the carnival finale of the monarch ’s Platinum Jubilee celebrations, it has been revealed.

Money for the £15m event has been raised by corporate sponsors and individuals and is expected to be watched by up to a billion people from around the globe.

More than 10,000 people will be involved in staging the celebration, including more than 6,000 volunteers and performers, the military, and 2,500 members of the public.

The event will take place outside Buckingham Palace and the surrounding streets on the afternoon of Sunday 5 June, the last day of the four-day bank holiday weekend marking the Queen ’s 70 years on the throne.

The procession will cover a three kilometre route echoing the Queen’s coronation.

Highlights will include an aerial artist suspended under a vast helium balloon, known as a heliosphere, bearing the image of the Queen.

The Queen will also be represented in her younger days through a 20ft puppet, surrounded by a pack of mischievous corgis, which will create “humourous chaos” along The Mall.

The royal affair will be split into four acts: For Queen and Country, The Time of Our Lives, Let's Celebrate, and Happy and Glorious.

This will include one of the largest military spectacles in modern history, a fleet of iconic cars from James Bond films, Daleks, and a procession of strolling Lambeth walkers, jivers, hippies, teddy boys, mods, glam rockers, punks, new romantics, ravers, Britpoppers, junglists and breakbeaters.

The Queen's 1947 wedding to the Duke of Edinburgh will be honoured with a giant four-tier wedding cake baked by acrobatic cooks on the move and housing a sound system playing a medley of Bollywood tunes to reflect the coming together of people across the UK and Commonwealth.

Cirque Bijou, from Bristol, will stage the Unity chapter with disabled and able-bodied performers as well as the Paralympic rugby and basketball teams, and BMX stunt cyclists.

The final act will conclude with the singing of the national anthem.

David Zolkwer, the show's director, said the celebration was “by and for the people”.

He said: “It's about ordinary people coming together from far and wide to do extraordinary things; real people with delightful, authentic stories to tell; taking centre stage in a spectacular performance filled with wonder, warmth, wit and so much humanity.

“It will be all about how, through the recollections and stories and experiences we share, we can see how we are all connected - through time; to each other; and to the Queen.”

A smiling family portrait of the King, his son who is the first in line to the throne and their wives has been released by Buckingham Palace. The image of King Charles III and his Queen Consort, standing alongside the Prince and Princess of Wales, was taken at Buckingham Palace on September 18, just 10 days after Queen Elizabeth II’s death.
ENTERTAINMENT・2 DAYS AGO
The Independent

Queen Margrethe II of Denmark has announced her intention to strip four of her grandchildren of their royal titles, a decision that left some members of the Danish royal family shocked and “saddened”.The monarch’s decision was announced in a statement shared by the royal palace on Wednesday, in which it was revealed that the children of the Queen’s second son, Prince Joachim, would no longer have prince or princess titles, nor His/Her Highness titles.The ruling will impact the Queen’s grandchildren Prince Nikolai, 23, Prince Felix, 20, Prince Henrik, 13, and Princess Athena, 10, who, from 1 January 2023, will instead...
EUROPE・18 HOURS AGO
The Independent

Meghan Markle was “very unhappy” with a cover issue of Vanity Fair because she believed the headline referring to her relationship with Prince Harry was “racist”, according to a new book. The Duchess of Sussex, 41, was reportedly furious with the headline of the October 2017...
CELEBRITIES・2 DAYS AGO
The Independent

George Clooney has hilariously agreed with pal Brad Pitt, after he called the filmmaker one of the most “handsome men” in the world. The 61-year-old actor addressed and supported the Fight Club star’s compliment on Wednesday, when he and his wife Amal Clooney made an appearance on CBS This Morning. Pitt first called Clooney “handsome” last week, in a video segment for US Vogue.“Well he’s right about that, let’s face it. He’s right,” Clooney said, after his wife chimed in to agree and said that her husband is “not modest”.The Ocean’s Eleven star continued to make fun of the...
CELEBRITIES・2 DAYS AGO

The Beatles: Photos of the band playing at the Cavern Club found

Early photos of The Beatles playing at the iconic Cavern Club in Liverpool have been found.The photos were taken of the band in 1961 and show the original line-up of Paul McCartney, John Lennon, George Harrison, and drummer at the time, Pete Best. Best was replaced by Ringo Starr a year later.The images were apparently taken when the band were just back from a gruelling tour in Germany, where they had played 500 hours on stage within 90 days, according to historian Mark Lewisohn, who’s written several books on the band.The historian described the band, who in the pictures are...
MUSIC・15 HOURS AGO
The Independent

Queen Margrethe II of Denmark has apologised to the members of her family who were left “saddened” by her decision to strip four of her grandchildren of their royal titles. The monarch’s decision was first announced in a statement shared by the royal palace last week, in which...
EUROPE・8 HOURS AGO
The Independent

There’s an interview with Alan Rickman from 1991; you can find it on YouTube. At the time, he was best known for his roles as criminal mastermind Hans Gruber in Die Hard and the tyrannous Sheriff of Nottingham in Robin Hood: Prince of Thieves. The journalist – American – asks him, “Do you like playing villains?” The actor’s lip begins to curl. “Sure… it was fun.” He explains, patiently, that he’s done other things. The journalist ploughs on: “You don’t intend to keep playing these hyperbolic Hollywood villains?” Rickman, presumably now saying swear words in his head, replies, “Prrrrobably not”;...
BOOKS & LITERATURE・1 HOUR AGO
The Independent

The Prince of Wales is to deliver his first speech since the King bestowed him with his new title.William, who is now heir to the throne following the death of the Queen, will address the United for Wildlife global summit at the Science Museum in London on Tuesday.He will use his keynote speech to highlight the serious and organised nature of illegal wildlife crime and its damaging impact on global biodiversity and local communities.William, 40, was made the Prince of Wales by his father Charles, who announced his decision in a historic television address to the nation on September 9,...
PETS・5 HOURS AGO

He British writer and film-maker Wayne Holloway called his 2015 debut, Land of Hunger, a short story collection rather than a novel because “a ‘novel’... sounds so lame, so pompous”. Then came a satirical dystopia drawn on his time in Hollywood, Bindlestiff (2019), loved by M John Harrison, one of this year’s Booker judges, as well as the Sun. His new novel about class, politics and historical memory has starring roles for Islamic State, the union leader Bob Crow and, briefly, Howard Jacobson. “Idiosyncratic” doesn’t begin to get near him.
BOOKS & LITERATURE・49 MINUTES AGO
The Independent

Liz Truss may only be in her second month as prime minister but some Conservative MPs are already speculating that she could be gone by Christmas following September's disastrous "mini-Budget".Several Tory MPs are said to have submitted letters of no confidence to Sir Graham Brady, chair of the powerful 1922 Committee which organises leadership contests, following chancellor Kwasi Kwarteng's financial statement to the Commons on 23 September.Back bench Tory rebels plotting against Ms Truss will have been emboldened by the government's decision on 3 October to U-turn on a controversial plan to abolish the top rate of tax for...
POLITICS・16 HOURS AGO
The Independent

Jeremy Paxman’s doctor diagnosed him with Parkinson’s disease after noticing that he was less “exuberant” on University Challenge, the veteran broadcaster has revealed.The former Newsnight presenter said the diagnosis came when he was in hospital after collapsing while walking his dog.One of the doctors said he had noticed that the 72-year-old’s face had acquired a “Parkinson’s mask”.It was completely out of the blueJeremy Paxman on his Parkinson's diagnosis“Well, it was completely out of the blue,” Paxman said of the diagnosis.“I was having a walk in the square across the way. There was ice around and I had the dog with...
CELEBRITIES・7 HOURS AGO
The Independent

The Walk-In review: A disturbing, unflinching portrait of British neo-Nazism

There is always a danger when television executives – who live, predominantly, in four-bedroom London townhouses, picking up oat milk flat whites before electric bicycling their way into Soho – decide to depict the lives of working-class northerners. That jeopardy is on full display in ITV’s five-part true crime thriller, The Walk-In, a look at the rise of the National Action terror group in the wake of the murder of MP Jo Cox. Thankfully, this gritty, disturbing drama manages to squeeze pathos out of one of the most troubling stories in recent British history.Is there a better actor working in British...
TV & VIDEOS・7 HOURS AGO

Lindsey Buckingham has cancelled the rest of his UK and Ireland tour due to “ongoing health issues”.The former Fleetwood Mac guitarist had been touring around Europe in recent weeks, playing in London on Saturday (1 October).This week, he was scheduled to perform three more shows in Glasgow, Liverpool and Dublin this week, the earliest being on Monday (3 October) night.However, on Sunday (2 October), it was announced that the rest of the tour would not be going ahead due to undisclosed health problems.“Due to ongoing health issues, Lindsey is regrettably having to cancel the remaining shows on his current...
CELEBRITIES・12 HOURS AGO