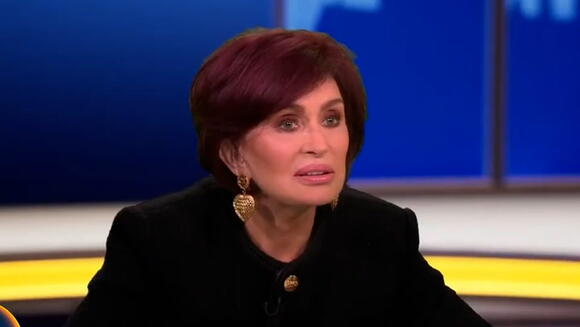 Jeremy Kyle has made his return to TV, three years after his daytime show was cancelled following the death of a contributor.

The Jeremy Kyle Show , which first aired in 2005,came to an end in 2019 after guest Steve Dymond died by suicide days after taking part in filming.

On Monday (25 April), Kyle returned to TV screens as a panellist on The Talk , Sharon Osbourne ’s panel show on the newly launched channel TalkTV .

Kyle and Osbourne were joined by Esther Krakue, Nicola Thorp and JJ Anisiobi, and discussed topics such as Elon Musk buying Twitter, and Prince Andrew.

Introducing the show, Osbourne joked: “It’s great to be back on your screens and even greater to be employed.”

She continued: “It’s our first show tonight and it’s going to be fabulous, isn’t it darling?”

Kyle replied: “Completely fabulous, Mrs O. Delighted to have you on, welcome back to the country.”

Last month, Kyle announced plans to sue Channel 4 over documentary â€‹â€‹ Jeremy Kyle Show: Death on Daytime , in which former employees claimed that staff were encouraged to agitate guests before they appeared on stage. One employee called it “psychological carnage”.

“The false and damaging allegations made against me by Channel 4 are with the lawyers now… Now is not the time to debate or discuss what is an ongoing legal process. When I can respond, I will.”

Last week, Dua Lipa sparked romance rumors with Trevor Noah after they were seemingly spotted on a date in NYC.
CELEBRITIES・4 MINUTES AGO
The Independent

Kate Garraway has revealed that her husband Derek Draper is “very damaged” as he continues to recover from Covid-19.Mr Draper was admitted to hospital with the virus in March 2020, returning home in April 2021, with a second hospital stay in July 2022. He requires round-the-clock care.The Good Morning Britain presenter spoke about her family situation on an episode of ITV’s DNA Journey, which aired on Thursday, 7 October.“With Derek, he got very sick early on in the pandemic, and has remained very damaged,” Ms Garraway said.Sign up for our newsletters. Read More Father who helped son Derek Redmond cross finish line at 1992 Olympics dies aged 81‘Miracle’ rare baby red panda gets first health checkVet reveals five dog breeds he wouldn’t have as a pet
PUBLIC HEALTH・2 HOURS AGO
The Independent

Prince Harry used to be “quite a wild lad” before he met Meghan Markle, a new royal biography has claimed. Prior to meeting the actor, Harry spent 10 years in the military, where he developed a reputation as a party animal.According to the new book Courtiers: The Hidden Power Behind the Crown, Prince Harry allegedly played air guitar with a pool cue while naked at the Encore at Wynn Las Vegas hotel in August 2012. Author Valentine Low states that Harry risked becoming a “seedy old roué”, however. He wrote: “When Harry was young, it was easy to forgive...
CELEBRITIES・6 HOURS AGO
The Independent

Voices: Loaded, Britpop and Cool Britannia – in the 1990s we had it all. What’s happened to our country?

When people ask me what was so great about the Nineties, as they have been doing a lot lately, it’s very easy to point to the things I loved back then. The festivals, the football, the music, the comedians, the overriding sense of freedom and excitement as the century – the millennium, even – drew to an end. It was a decade that was calling last orders on a century that began with the horse-drawn carriage as the most popular form of inner-city transport and ended with the news of “broadband” video phones, as if two totally separate time-travelling...
ENTERTAINMENT・2 HOURS AGO