Get the latest breaking news, sports, entertainment and obituaries in Monroe, MI from Monroe Evening News.

Bedford Board, Goodnough honor Bazzi as Deputy of the Year 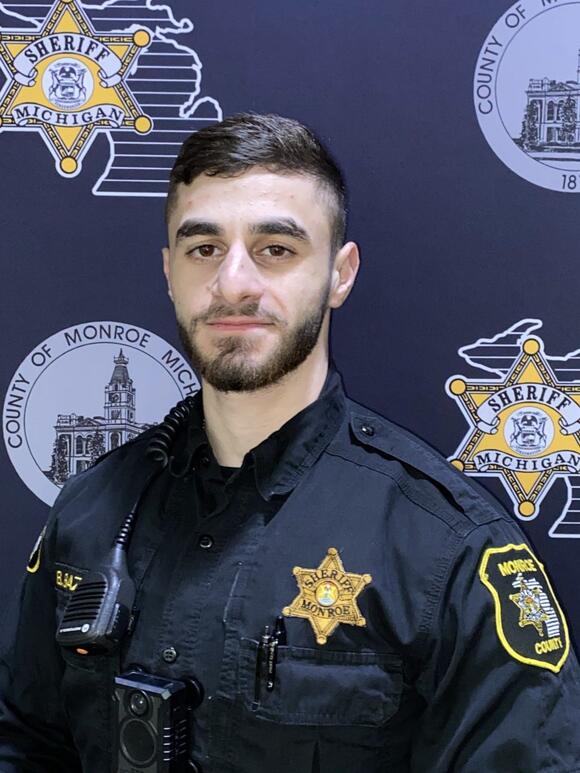 A Monroe County sheriff’s deputy was honored by Bedford Township and Sheriff Troy Goodnough for his outstanding work in law enforcement.

Goodnough spoke at the meeting before the board presented the award, talking about Bazzi’s roots as the son of Lebanese immigrants living in Dearborn. Bazzi joined the Monroe County Sheriff’s Office in 2020, working in Bedford Township and currently Frenchtown Township.

“His dedication to this community goes unwavering,” he said. “He views law enforcement as a very prestigious and rewarding career.”

On early Friday morning, Bazzi was working road patrol when he pulled over a vehicle, which led to the arrest of a fugitive, who escaped from authorities in Wood County, Ohio, and stole a vehicle in Bedford Township.

Goodnough noted that Bazzi has earned a reputation for being aggressive yet fair with traffic enforcement. Last year, he performed 1,485 traffic stops, resulting in 263 traffic citations. He also investigated 881 complaints resulting in 121 arrests and 263 warrant requests sent to the prosecutor’s office.

“I think he leveraged his skills to instruct and hopefully deter bad driving not only through citations but communication," Goodnough said.

Bazzi then took the podium and expressed his gratitude to Goodnough and his fellow officers, the board and citizens.

“There’s nothing else I’d rather do than be able to police in Monroe County,” he said. “I appreciate that, and I thank you for everything.”

Bedford Township Clerk Trudy Hershberger then presented Bazzi with the award and read the official declaration.

This article originally appeared on The Monroe News: Bedford Board, Goodnough honor Bazzi as Deputy of the Year

Get the latest breaking news, sports, entertainment and obituaries in Monroe, MI from Monroe Evening News.