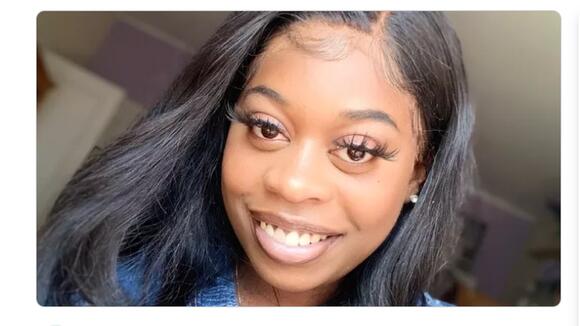 A GoFundMe campaign for the victim of an apparent road rage incident in Elizabeth has raised more than $70,000.

Morgan Scott suffered three fractures in her neck, a broken femur, lacerated liver, broken ribs and an injured back when she was run over several times.

Authorities say that Scott was involved in a minor fender bender with Vincent Jean. When Scott was attempting to take photos of Jean’s car, officials say he ran her over several times.

Scott is still in the hospital recovering. News 12 is told that her insurance company won’t cover some of her medical expenses.

I wish I could help. this beautiful young woman has a long road.ahead. I will pray that she gets well throughout her whole body even the horrific memory of this heinous crime...

praying for this girl..people these days we dont know with others will do to us it's so sad...I do not argue or fight with anyone and as you can see here you dont even have to fight back..Someone will just run you over poor girl..I'm glad we are all donating people these are our people we need to donate to not these fake I took a homeless man on..victims of hate and rage...I'm praying for her.

Sending prayers up for complete healing that you can live a normal life again, I am so very sorry that this happened to you and may GOD be with you throughout this ordeal so that you can fight when you feel like giving up. HUGS & KISSES 💖💞⚘

Police tell News 12 a 49-year-old man was riding his motorcycle when he crashed into a lamppost at the intersection of Van Cortlandt Park East and East 233rd Street Friday afternoon.
BRONX, NY・15 HOURS AGO
News 12

According to court documents, 22-year-old Rashid Ali, of Brooklyn, sold a ‘Punch Bar Tangerine Dark Chocolate’ candy for $25 to a 12 and 13-year-old boy inside the Exotic Smoke Shop.
GREAT NECK, NY・11 HOURS AGO
News 12

Police: Driver, 2 officers injured after car takes off during traffic stop in Williamsburg

At least three people, including two officers, were injured during a traffic stop in Williamsburg on Saturday.
BROOKLYN, NY・16 HOURS AGO

A police chase in Newark led to a violent car crash Saturday in which an officer was injured. Video in the aftermath of the crash shows police officers in pursuit of a suspect. The people who took the video said it happened around 11:40 a.m. in the ironbound section near...
NEWARK, NJ・5 HOURS AGO
News 12

An assault was caught on camera of a 44-year-old man who was robbed in an unprovoked attack in Dyker Heights in Brooklyn, police say. The man was sitting on a stoop and talking on a cellphone when an unknown man went up to him and started beating him up. The...
BROOKLYN, NY・18 HOURS AGO
News 12

A Brooklyn woman's horrific experience surviving a car crash led to a lifesaving diagnosis. "Out of something that was so horrific, just a few blocks from here, came something so miraculous and I think life-affirming," Yolanda Cartusciello says after she and her husband were struck in their car in Sunset Park this past January.
BROOKLYN, NY・1 DAY AGO

A Brooklyn man was arrested in Nassau County after two young teens overdosed on a substance he sold.
GREAT NECK, NY・22 HOURS AGO
News 12

Police say somebody called 911 shortly after 5 a.m. saying a person had been shot at Knoll Place and Huntington Turnpike and was critically wounded.. The woman, 29, was announced dead at the scene. The woman's family identified the victim to News 12 Connecticut, they asked that she not immediately be named.
BRIDGEPORT, NY・10 HOURS AGO
News 12

Police say a 37-year-old man was shot twice in the chest and twice in the leg while sitting in his car in East Flatbush Friday night.
BROOKLYN, NY・1 DAY AGO
News 12

The NYPD is investigating after multiple people were shot Friday night in Soundview. Police say three men were shot just before 9 p.m. on the corner of Lafayette Avenue and White Plains Road. The parking lot at the Xpress Mart supermarket was blocked off. It's unclear who the suspects are...
NEW YORK CITY, NY・19 HOURS AGO

Prayer vigil held for Kyhara Tay, other gun violence victims in the Bronx

Community members in the Bronx gathered Saturday for a prayer vigil as they remember Kyhara Tay and other young lives taken by gun violence. Tay, 11, was making her way home from school a few weeks ago when she was caught in the crossfire as shots rang out and was killed.
BRONX, NY・15 HOURS AGO
News 12

A 16-year-old is facing charges after reports of shots fired in the City of Poughkeepsie. Police say they received reports of gunshots near Main and Church streets Tuesday afternoon. They say a group of teens were in a gunfight, while children and adults were in the area. The 16-year-old has...
POUGHKEEPSIE, NY・1 DAY AGO
News 12

Man who killed officer back in jail after domestic assault accusation

A man convicted of killing a police officer in the 1980s is back in jail, accused of attacking and nearly blinding his girlfriend in Brooklyn.
BROOKLYN, NY・1 DAY AGO
News 12

The Ocean County Prosecutor’s Office says a door-to-door solicitor has been charged with murder following a stabbing in Jackson. Michael Tsamas, 32, of Laurence Harbor, is charged with murder in the death of Joseph Delgardio, 44, in Jackson Township on May 26. Tsamas was also charged with possession of...
OCEAN COUNTY, NJ・1 DAY AGO
News 12

They say video shows 25-year-old Carlos Aguilar, of East Meadow, spray painting graffiti that included the letters "KKK" on the side of the medical office on Hempstead Turnpike.
EAST MEADOW, NY・6 HOURS AGO
News 12

ALERT CENTER: Teen waved Gel Blaster in the air before being surrounded by police in Milford

The Ulster County parents accused of abducting and hiding their daughter beneath a staircase during a custody battle have been granted an adjournment until September.
SAUGERTIES, NY・2 DAYS AGO