Christmas should be a time when families get together, friends celebrate with each other, and the world seems calmer.

In most instances, that is often the case, but it was not the case on Christmas 1989. On the late afternoon of that Dec. 25, a single-vehicle accident claimed the life of a very prominent local resident.

Alfred Manuel Martin was born in 1928 in Berkely, California. To the world, though, he was better known by his nickname Billy.

Billy Martin was an indifferent student, but sports was where he rose to the top — especially baseball. He also was known for getting into fights on and off the field . One of those games as a senior caught the eye of Casey Stengel, who thought Martin had a future in the game. 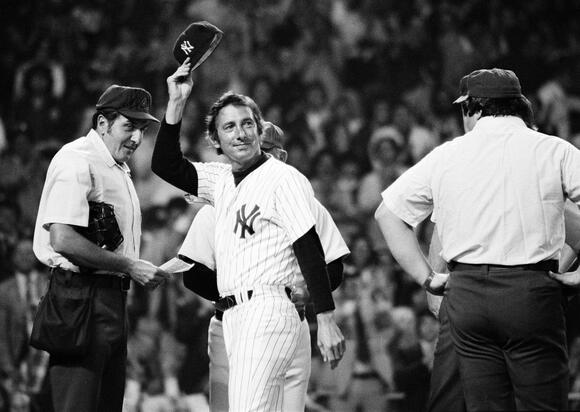 Playing in the minors in the mid-1940's, Martin moved into the majors by 1946, eventually becoming a second baseman for the Oakland Oaks. In 1950, Martin was traded to the Yankees as a utility infielder. It was the same year as Whitey Ford (who played for the Triplets), Mickey Mantle and others made it to the team. He would play with that team until 1956. He ended his playing time in 1961, after moving from team to team.

While Billy Martin’s playing career was notable, it was his career as a manager that set him apart from the others. It was also his troubles with alcohol, temper and dysfunction that seemed to interject that long career. Martin would manage three major league teams before his first stint as manager of the New York Yankees starting in 1975.   Please note that I said first stint. There seemed to be a love-hate relationship between Billy Martin as manager with owner George Steinbrenner.

From that 1975 hiring as manager until 1988, when Martin was fired for the last time, he managed the Yankees a total of five times — some less than a season. He managed other teams and, in most cases, he brought them to winning seasons and titles. The dysfunction within him, however, also often brought the end to his employment.

After his last firing by Steinbrenner, Martin decided to take life a little easier. He and his wife of two years, Jillian, chose to move to upstate New York. They settled on a 144-acre estate with a large home on Potter Hill Road in the Town of Fenton — not far from the hamlet of Port Crane.

The move made news across the region. According to neighbors, Billy was a gracious and a good friend to those who lived near him — inviting them to his home for a large Christmas Party in 1988. In that year, County Executive Carl Young named Nov. 14 Billy Martin Appreciation Day. Martin even narrated Copland’s “Billy the Kid” for the Binghamton Symphony.

All seemed well, except that large financial claims against Martin followed him to Broome County. So did his issue with excessive drinking, as he was seen frequently in area bars.

In December 1989, a friend and acquaintance William Reedy, who owned a Detroit bar, was visiting the Martins. According to the police reports, Martin and Reedy took off in Martin’s rented Ford truck. On Christmas afternoon, the two might have done some errands, but most of that time was spent in the Bullshead, a bar and restaurant in the Northgate Plaza, north of Binghamton. 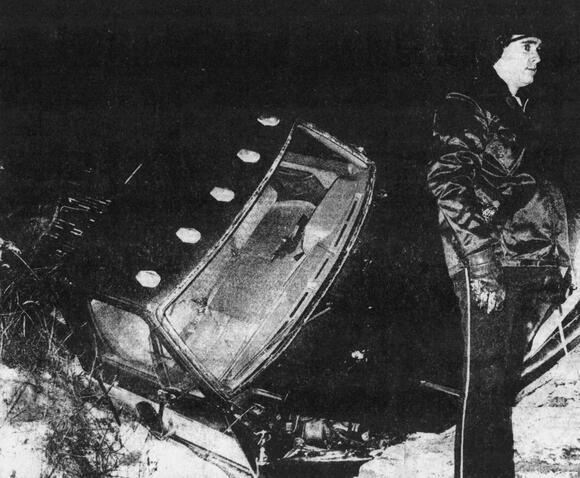 Witnesses said the two drank a great deal, and left with Reedy holding the truck keys.  Around 5:45 p.m., the truck made it close to the entrance of the Martin estate, the truck swerved into a concrete culvert and hit it at significant speed. Martin, the passenger, hit the windshield, breaking his neck, among many injuries that claimed his life. Reedy suffered from a broken pelvis, ribs and other injuries but survived. Trials, both civil and criminal, ensued after Reedy claimed that Martin had been at the wheel. Court decisions stated that Reedy was driving and intoxicated.

For Billy Martin’s widow, it was a decade-long fight over the estate that was not settled until 1999. The house was eventually sold in 1998 for $250,000 after foreclosure procedures.

For Broome County, it was a great loss for the area and for baseball..

Gerald Smith is a former Broome County historian. Email him at historysmiths@stny.rr.com.

This article originally appeared on Binghamton Press & Sun-Bulletin: What happened the night the extraordinary life of Billy Martin ended in Broome County