Root announced on Friday he would be stepping down after five years as skipper following a poor run of results.

England have won just one of their last 17 Test matches and lost series in Australia and the West Indies over the winter.

Yet while those statistics may be poor, former England paceman Gough feels it is unfair for people to blame results on a player who, on a personal level, has continued to perform exceptionally well.

Root, 31, led England in 64 Tests and oversaw 27 victories, both national records. He also scored 5,295 Test runs during his time in charge, more than any previous incumbent, as well as 14 centuries.

“I was surprised by the criticism,” said Gough, Yorkshire’s interim director of cricket, on the county’s website.

“I think you have to look deeper than that. With everything that has been going on in English cricket, I don’t think you can blame the captain.

“He’s had a lot of criticism. I think what probably hurt him – it’s come from a lot of guys who played the game and captained England as well, some of his closest mates.

He’s got a strong character and he’s a great player.

“Unfortunately, we’re always looking for someone to blame.

“You have to have the players and you’re only as good as your players.

“Rather than criticise, you have to look at 27 Test wins. And the pressure he was under with the team he’s got around him, to still keep scoring hundreds in that period tells me that he’s got a strong character and he’s a great player.”

Root, who has played 117 Tests overall, will continue with the side as a specialist batsman. 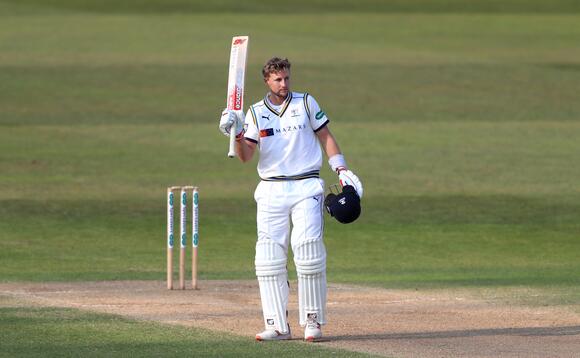 Prior to that, Gough hopes to see Root back in his county colours at Yorkshire.

He said: “With a bit of luck, I’d like to think we’d get him for two or three games before the Test series start.

“Whatever we get Joe Root for is a bonus. He loves playing for Yorkshire. We’ve kept in touch all winter and I can’t wait to get him back.”

The Princess of Wales was confronted by a protester who told her that “Ireland belongs to the Irish” during a walkabout of Northern Ireland. The incident occurred on Thursday while Kate Middleton and her husband Prince William were greeting members of the crowd during a visit to north Belfast, with a video shared on social media showing the Irish woman confronting the royal.
SOCIETY・20 HOURS AGO
The Independent

DNA from skeletons ‘challenges perceptions and understanding of ancient England’

Ancient DNA extracted from skeletons in burial sites across England shows evidence of mass migration from Europe and movement of people from as far as West Africa, challenging perceptions that English ancestors lived in small elite groups, archaeologists have said.Research recently published by the team revealed the first people to call themselves English were largely descended from northern Europeans, mainly Germany, Denmark and the Netherlands.But further investigation by scientists at the University of Central Lancashire also shows an individual having a genetic link to West Africa, pointing to a “diverse and complex” culture in England during the early Middle Ages.The...
SCIENCE・1 DAY AGO
The Independent

The Premier League Golden Boot goes to the top scorer each season in England’s top flight, an award which usually requires somewhere in the low 20s to be in the running for.This year it looks an entirely different proposition already, with Norwegian striker Erling Haaland set on ripping up the record books after hitting three hat-tricks inside his first eight league games since signing for Manchester City.He’ll still have competition from other established elite forwards, but there’s ground to make up for all of them if they want to catch the powerful former Salzburg and Borussia Dortmund attacker.Last season, Liverpool’s...
UEFA・1 HOUR AGO
The Independent

Steve Cooper is pleased his new contract at Nottingham Forest can end speculation about his future.Cooper was reported to be facing the sack earlier this week after a run of five successive Premier League defeats following promotion last season, but he has now tied his future to the club with a new deal until 2025.His existing deal was due to expire in the summer and Cooper always insisted that signing a new one was never a priority.But after a recent board meeting where it was decided the Welshman would carry on in his role, he has put pen to paper...
PREMIER LEAGUE・48 MINUTES AGO

Pep Guardiola has hailed Erling Haaland’s “incredible instinct” for goal and admitted there is nothing he can teach the prolific striker.Haaland continues to command most of the attention at Guardiola’s Manchester City after making a stunning start at the club.The Norwegian has scored 19 goals in just 12 appearances since his summer move from Borussia Dortmund, including three hat-tricks..@ErlingHaaland talks about settling into life at City! 🙌 pic.twitter.com/yBiW6cSo7v— Manchester City (@ManCity) October 6, 2022He again demonstrated his remarkable ability in front of goal with two more strikes in Wednesday’s Champions League thrashing of FC Copenhagen.His second that night was an...
PREMIER LEAGUE・30 MINUTES AGO
The Independent

Total Covid-19 infections in the UK have jumped 25% to their highest level since mid-August, though not all parts of the country are currently experiencing a rise, new figures show.England and Northern Ireland have both seen an increase, while the trend in Scotland and Wales is uncertain.There has also been a “marked” rise in infection levels among over-70s.Some 1.3 million people in private households across the UK are likely to have tested positive for coronavirus in the week to September 26, according to the Office for National Statistics (ONS).This is up from 1.1 million in the previous week.It is the...
PUBLIC HEALTH・1 HOUR AGO
The Independent

TV naturalist Chris Packham has joined wildlife groups on a protest in the local constituency of Environment Secretary Ranil Jayawardena against “an unprecedented attack” by the UK Government on laws to protect nature.The demonstration, organised jointly by the RSPB, Hampshire and Isle of Wight Wildlife Trust and the Woodland Trust, was held at Bassetts Mead country park, in Hook, Hampshire.Autumnwatch host Packham said the protest was aimed at highlighting what these bodies claim is the Government’s failure to ensure sufficient wildlife protections are in place.So here we are , in a field in Hampshire with @Natures_Voice @RSPBEngland @HantsIWWildlife @WoodlandTrust @CPRE...
ADVOCACY・2 HOURS AGO
The Independent

Christopher Vivell is expected to join Chelsea as technical director, the PA news agency understands.Vivell has been Chelsea’s top target to replace Petr Cech, who left his technical director role in the summer.Chelsea are understood to have held talks for some time with Vivell, who was sacked from his director role at RB Leipzig in a surprise move this week.Christopher Vivell was dismissed from his role as technical director on Thursday due to difference contrasting views.His duties will be taken over by by the existing setup until Max Eberl's tenure as sporting director tenure begins. pic.twitter.com/ifAWANvfdU— RB Leipzig English (@RBLeipzig_EN)...
PREMIER LEAGUE・1 HOUR AGO

Wilfried ZahaIf you plumped for Zaha on a wildcard recently, the forthcoming fixtures are what you had in mind. With the tricky visit of Chelsea out of the way, Crystal Palace now embark on a run that sees them play most of the bottom half between now and the World Cup.Some will be trickier than others - Leeds, who are next up, are not the wide-open defence of old - but Zaha will be hoping to build on a good individual start to help lift Palace up the table and is a great medium-term option.Leandro TrossardFair enough, it’s a bit...
PREMIER LEAGUE・58 MINUTES AGO
The Independent

Eurovision 2023: Who will host the song contest in the UK?

The UK city that will host Eurovision 2023 is on the cusp of being announced.In August, Zoe Ball and Scott Mills announced the shortlist of cities that were in contention to host the event.These were Birmingham, Glasgow, Leeds, Liverpool, Manchester, Newcastle and Sheffield.Mills said these cities were deemed to have the “capability and capacity” to host the event, stating they proved they had the “passion” involved to celebrate Eurovision.Representatives for each city went through to a second and final stage that required them to “give a bit more detail” about what they would do if they were successful in...
MUSIC・1 HOUR AGO
The Independent

Max Verstappen has another opportunity to claim his second world title this weekend as Formula 1 returns to Suzuka for the first time since 2019 for the Japanese Grand Prix.The Red Bull star – 104 points clear of Charles Leclerc in the standings – will be crowned champion in Japan if he wins and sets the fastest lap on Sunday.Verstappen is looking to bounce back after a disappointing weekend in Singapore, finishing seventh, while his team-mate Sergio Perez claimed victory. Leclerc came home second, with Carlos Sainz in third.Lewis Hamilton also endured a difficult Sunday in the rain of...
MOTORSPORTS・1 HOUR AGO
The Independent

As a dream itinerary for football fans, the “Arabia & World Cup Voyage” looked perfect.The cruise ship Azamara Quest was to arrive in Qatar at 7.30am on Monday 21 November – the day of the first World Cup football matches involving England and Wales.England’s first game in the controversial tournament kicks off against Iran at 1pm that day, while Wales play the USA at 7pm.Passengers on the 11-night cruise were told they would spend three days in Doha, capital of the host nation – enabling them to enjoy cultural attractions such as the stunning new National Museum and the Museum...
WORLD・51 MINUTES AGO