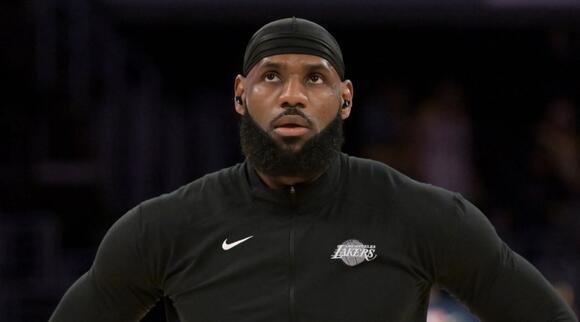 The ESPN host liked a caller’s idea of the 37-year-old taking over the head coaching position.

So, who will replace Vogel for next season as the Lakers look to redeem themselves after missing the playoffs this year?

On ESPN’s show with Keyshawn Johnson, Jay Williams and Max Kellerman , a caller said he thinks a good replacement from Vogel would be LeBron James. His argument was that James would fit as a coach, and then whenever his son Bronny James is eligible for the NBA draft, he could sign him to his team.

Johnson and Williams immediately laughed at the idea, but Kellerman didn’t dismiss the idea right away.

“I actually like that idea,” Kellerman said. “It eliminates a big problem for the Lakers. You can have a player—coach, why not?”

Williams argued against Kellerman accepting the idea, saying James should not take that position.

“You do not want LeBron James having that much autonomy,” Williams responded. “If I were LeBron James, I would never do that because it puts too much onus on me about everything that has to be managed in the game.”

“To me, it makes LeBron so accountable,” Kellerman said. “Like, LeBron, you’re the greatest basketball genius in the world. I don’t say that facetiously, I mean it. He’s like the basketball genius. You’re going to call the shots anyway, give him the responsibility and make him own it. If I were LeBron, I wouldn’t do it, but I would offer it to him.”

No official offers have been made to any coaching prospects, but James has already hinted that he plans to play again next season .

For more Los Angeles Lakers coverage, go to All Lakers

France’s Victor Wembanyama shared his thoughts on Scoot Henderson ahead of their anticipated meeting on Tuesday.
NBA・8 HOURS AGO
Sports Illustrated

The Bucks star shared his desire for his life after professional basketball.
MILWAUKEE, WI・2 DAYS AGO
Sports Illustrated

Sirianni, Hurts and the Eagles Team That Didn’t Stand a Chance

The coach was roundly mocked, the quarterback merely a placeholder. One year later, an unrelenting fan base can only marvel at the team that emerged.
PHILADELPHIA, PA・20 HOURS AGO
Sports Illustrated

The versatile forward officially returned to NBA action for the first time in 470 days on Monday.
BROOKLYN, NY・5 HOURS AGO

Which players just missed the cut? Here are a few names that could not crack the top 100 rankings.
NBA・20 HOURS AGO
Sports Illustrated

The veteran linebacker logged one of the most unique hits of his career on Monday Night Football.
NFL・7 HOURS AGO
Sports Illustrated

We're ranking the best players for the upcoming season, starting with 100 to 51. Who made the cut?
NBA・20 HOURS AGO
Sports Illustrated

Minnesota’s star big man reportedly had to be hospitalized last week and was on bed rest for days.
MINNEAPOLIS, MN・11 HOURS AGO

Report: Broncos’ Javonte Williams Out for Season With Knee Injury

The Denver running back was carted off the field Sunday against the Raiders.
DENVER, CO・15 HOURS AGO
Sports Illustrated

We Need to Talk About DK Metcalf’s Bathroom Break

There’s a lot of analyze about the Seahawks wide receiver getting carted to bathroom.
SEATTLE, WA・17 HOURS AGO
Sports Illustrated

Browns’ Myles Garrett to Be Impeded by Shoulder Injury For 2-4 Weeks, per Report

The defensive end was involved in a single-car crash earlier this week.
CLEVELAND, OH・1 DAY AGO
Sports Illustrated

The defensive end shocked the NFL world Sunday when he shared that he dealt with atrial fibrillation earlier in the week.
NFL・14 HOURS AGO