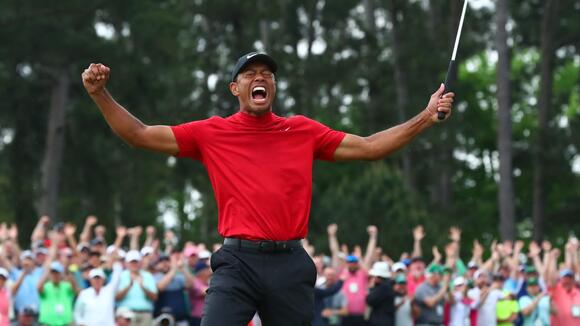 A truly wild take just days ahead of The Masters.

When it comes to Tiger Woods, the typical debate is whether or not he’s done enough to earn the title of greatest golfer of all-time. Ahead of Woods’s anticipated return from last year’s frightening car crash, ESPN’s Max Kellerman raised the question that no one is asking: is Woods even an elite athlete?

Golf is certainly more skill-based than predicated on elite, measurable athleticism, but few question just how athletic the best players in the world are, even if fans don’t see them run a 40-yard dash. That seems to be Kellerman’s whole argument.

“I would not say that,” Kellerman said after co-host Jay Williams said flatly that Woods is an elite athlete. “Here’s what I would say … What I know about Tiger is that his hand-eye is next-level, his will to win is extremely excellent, and his mechanics are beautiful. All those kind of things. I don’t know how fast he runs, how high he jumps, all that kind of stuff.

“You can look at him and tell, but you don’t know that from him playing golf. I don’t know what his time in the 40 is, stuff like that. But the point is this: it is the kind of sport that your hand-eye coordination is going to age better than your explosive leaping ability. Therefore just because he’s 46 doesn’t mean he’s done winning majors necessarily. He can still do that.”

There’s certainly a debate to be had about how golfers measure up to athletes in other sports like football or basketball, where these raw athletic traits that Kellerman mentions play a bigger role.

Even so, if golf is enough of a “sport” for Woods to be in the very short list of biggest athletes in the world, and to get this kind of debate all throughout ESPN’s mid-day lineup, it is hard to deny that the best golfers are certainly elite athletes.

Given what we know about Woods’s intense history of training, all the way down to his notorious Navy SEAL workouts , Kellerman’s argument becomes even more difficult to accept.

You've got plenty of combine superstars who don't do anything at game time, so his argument is almost as lame as he is.

max should time all the elite runner in their forties and see how fast they can run, tiger has proven in all his personal problem in life he is still the best in golf, can max name one sprinter that can hold the torch, golf is not a team sport, it's you against the best 144 player every week.

IF you're a reporter....AND you trying to get some air play or time in the sun....don't try and diminish the accomplishments of a real live ELITE athlete....it's beneath anyone to try and do so.

He left one big name out and explained why.
LOS ANGELES, CA・1 DAY AGO
Sports Illustrated

The deal will reportedly result in noteworthy cap implications for both teams entering the 2022–23 season.
HOUSTON, TX・10 HOURS AGO
Sports Illustrated

The former Green Bay quarterback addressed his claim that he was play-caller for his legendary game over 10 years ago.
GREEN BAY, WI・1 DAY AGO

She had some fun on Twitter after her husband gave up the historic home run ball.
BRONX, NY・22 HOURS AGO
Sports Illustrated

The New Orleans veteran was impressed with the young star as he returns from injury.
NEW ORLEANS, LA・1 DAY AGO
Sports Illustrated

DeRozan Thought He Was Joining Lakers Until Westbrook Trade

Prior to joining Chicago, the five-time All-Star thought the idea of playing in Los Angeles was a “done deal.”
LOS ANGELES, CA・18 HOURS AGO
Sports Illustrated

The quarterback was cut from New York’s practice squad in 2020 just weeks after he was signed there.
DALLAS, TX・2 DAYS AGO

The Dolphins quarterback has been dealing with a back injury since last Sunday’s game.
CINCINNATI, OH・10 HOURS AGO
Sports Illustrated

The association is currently investigating the Dolphins’ handling of his concussion check last Sunday.
NFL・8 HOURS AGO
Sports Illustrated

The Dallas defensive end responded to one of the NBA great’s tweet’s during the game.
DALLAS, TX・2 DAYS AGO

The Tigers’ coach believes Shedeur Sanders is worthy to be in the conversation for one of college football’s most coveted honors.
JACKSON, MS・2 DAYS AGO
Sports Illustrated

Plus matchup should lead to best game of the season for Aaron Rodgers.
NFL・1 DAY AGO
Sports Illustrated

Kevin Harvick Points Out Aspects of F1 That NASCAR Needs

The Cup Series 2023 schedule only has one weekend off from February to the November championship, filled with multiple lengthy races.
MOTORSPORTS・2 DAYS AGO
Sports Illustrated

Coach Prime has a bone to pick with the disparity in interest in him as a coach and HBCU players as NFL prospects.
JACKSON, MS・20 HOURS AGO
Sports Illustrated

The Dolphins QB was stretchered off the field after a head and neck injury during the Thursday night game vs. the Bengals.
NFL・9 HOURS AGO
Sports Illustrated

The story lines we’ll be watching closely, including Jaguars coach Doug Pederson vs. his former team in Philadelphia and trouble brewing with the Patriots and Raiders.
NFL・1 HOUR AGO
Sports Illustrated

Missed it by that much.
MLB・1 DAY AGO