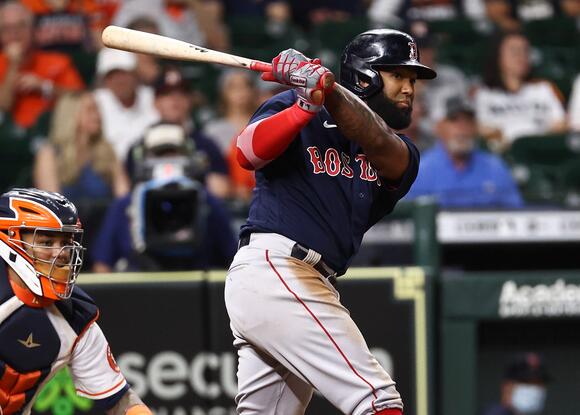 It looks like former Red Sox infielder Danny Santana is going to have to wait a while longer before landing with his next team. The veteran utility man was suspended 80 games by MLB after testing positive for performance-enhancing drugs.

The Athletic’s Britt Ghiroli reports the three players tested positive for Boldenone, an anabolic steroid that’s traditionally been used to rehabilitate horses. Multiple athletes in several sports have used it, despite the drugs long list of potentially dangerous side effects to humans .

Brought aboard for his speed on the base paths, Santana scored two runs in the Red Sox’ ALDS win over the Rays.

Xander Bogaerts got the moment he deserved

It might not have come under ideal circumstances, but Xander Bogaerts’ grand slam was a fitting moment for the shortstop as he heads into an uncertain future.
BOSTON, MA・1 HOUR AGO
WEEI Sports Radio

Rich Hill had every right to get emotional

Boston Red Sox pitcher Rich Hill punctuated his 2022 season in fine fashion, giving up just three runs over six innings. Hill proceeded to get emotional when talking about his future after the game.
BOSTON, MA・1 DAY AGO