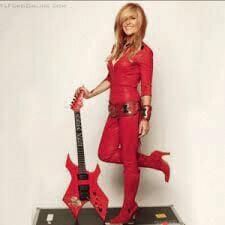 VIRGINIA — Winger and Lita Ford will be Rockin’ the Range when they come to town April 15 for the second concert at Virginia’s new Iron Trail Motors Event Center.

“Both those bands are known for putting on incredible shows,’’ said Brian Silber, Virginia Park and Recreation Director. “We are looking forward to a great night of entertainment.’’

Local band Payback will be the concert opener. Doors open at 6 p.m. and the opening act begins at 7 p.m.

Tickets are available by calling the Sawmill Saloon at 218-741-8681 or buying them at the restaurant/bar. Tickets are $35 in advance; $40 at the door; and $75 for VIP. Those interested can pick up tickets at will call also.

“They (tickets) are going fast. It’s going to be an awesome show. I can’t wait,’’ said Alissa Sundberg, co-owner of the Sawmill Saloon, which is putting on the concert.

Silber said he was excited for another concert at the ITMEC after Starship featuring Mickey Thomas and Night Ranger were one of the many highlights during grand opening week last September at the $38 million event center.

Sawmill owners Sundberg and her husband Patrick are renting the arena, promoting the concert and managing the event. The first concert was a city promotion, Silber stated.

Sundberg approached the city to see if another concert was being planned and she then asked them if she “could rent out the facility and have a concert?’’ With the Sawmill having the alcohol service contract with the city for the first three years at the ITMEC, she thought it would be a good chance to get spring and fall concerts going.

“I just thought it was an opportunity to get the ball rolling,’’ she said, and the ITMEC is a good, centrally located facility to do just that. “I hope this is a longstanding thing that will continue to happen every fall and every spring.’’

Local concerts are also a good way to keep people in the area instead of leaving the Range to attend a concert, according to Sundberg.

The reaction to the Winger/Lita Ford concert has “been excellent,’’ and VIP tickets are already sold out.

The Sawmill will have three additional bars available, according to Sundberg, and Winger and Ford merchandise will be on sale at different locations in the arena.

The ITMEC concession stands will be available to concert goers, as well.

Sundberg is looking forward to having a pair of national acts in Virginia. “It’s very cool for Lita Ford and Winger to be up in this area.’’

“She’s one of the most famous female guitarists,’’ and Winger is “excellent,” she added about the bands that have been around since the 1970s and 1980s. “It’s just good awesome classic rock.’’

Lita Ford was recruited to join the all-female rock band The Runaways in 1975 at the age of 16, according to Wikipedia.

“The band garnered significant media attention and the Runaways became a successful recording and touring act during their late-1970s heyday. Ford's lead-guitar playing became an integral element of the band's sound until their eventual break-up in April 1979.’’

She went on to a successful solo career from 1982-1995, which included the songs “Kiss Me Deadly,’’ Cherry Bomb’’ and “Close My Eyes Forever,’’ a duet with Ozzy Osbourne.

The American heavy metal band Winger was formed in New York City and gained popularity in the late 1980s and early 1990s. The band's two platinum albums, Winger and In the Heart of the Young, along with charting singles "Seventeen", "Headed for a Heartbreak" and "Miles Away", put them on the top of the charts by the early 1990s, according to Wikipedia.

Winger disbanded in 1994 before reuniting in 2001. They have since embarked on several successful tours. Their most recent album, Better Days Comin', came out in 2014.

Those interested in attending have been asking him if proof of vaccination against COVID-19 or negative tests are required.

He said that is not required and masks are welcome but not mandated.