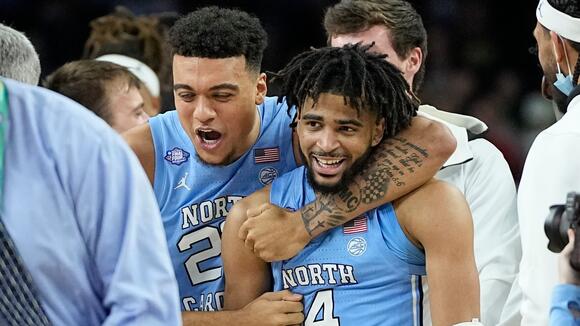 The video released Monday afternoon says at the beginning, "Voiced by the Carolina family."

Hansbrough starts the video by saying, "This weekend, New Orleans is the site of one big Carolina basketball family reunion.

After Hansbrough opens the video, several other players then talk about the way North Carolina basketball is a family.

"We are here in New Orleans because of you," Kenny Smith said. "All of us all around you are cheering for you tonight. We would do anything to be able to play one more game with that name on the front of that North Carolina jersey. And we know that's exactly what you'll do tonight."

Hansbrough closes the video after Kenny Smith by saying, "Because this is Carolina basketball."

Erik Hall is the lead digital producer for sports with the USA Today Network. You can find him on Twitter @HallErik.

It went to 10 innings, but the Wichita Wind Surge’s season comes to an end at Riverfront Stadium in the Texas League Championship Series. The ‘Surge were ahead as the game was coming to a close
WICHITA, KS・23 MINUTES AGO