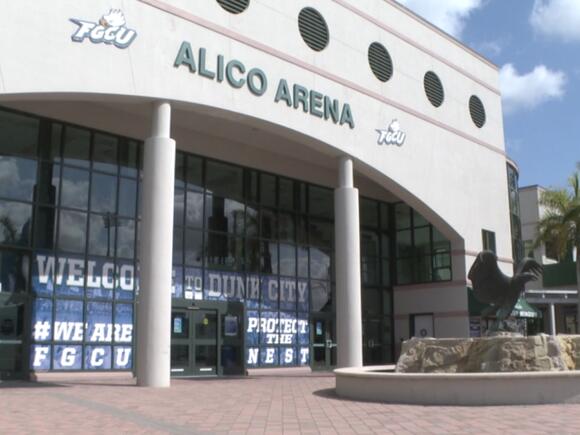 Head Coach Pat Chambers has made his way over to FGCU, as the Eagles look to fly once again in the ASUN conference.

But they're also looking to make a name for themselves on the national level.

As the team looks to make that first NCAA tournament since 2017.

"Similar model, bringing a great attitude, pillars of excellence, recruiting the right kids," said Chambers. "Kids that are focused on getting good grades but are also serious about basketball and love to play. This team was very good last year, we've got to see what we need and what's coming back and what's going to get us to the championship level."

Head coach Chambers hopes to fix that, but not put pressure on the team to become "Dunk City" once again.

"I think the first step is bringing these guys in, have a great spring, bringing in the right guys for us that want to compete," said Chambers. "It's really a one step process to build and I think if we put pressure on these guys to say that we have to be dunk city 2.0. I mean don't get me wrong we want to play and upbeat style of play. But we have to do what's best for us."

Back in 2017 was the last time the the Eagles made it to the NCAA tournament.

And although it's a focus, coaches and putting all his eggs in that one basket on the first year.

"I always say that we need to be the best team we can be by the end of the year," said Chambers. "Whatever that looks like. I'm not going to judge these guys on cutting down some nets, I'm going to judge these guys on by the time we step on the floor together, by their academics off the floor together. Kind of just one. At a time one day at a time. And as you add up that compound interest, guess what, you should have a pretty good team that fights and competes."