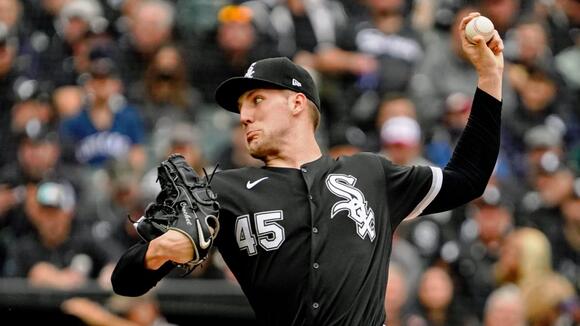 The 2020 first-round pick was expected to be a key contributor to the White Sox bullpen this season.

White Sox pitcher Garrett Crochet will have Tommy John surgery on his left elbow after an MRI revealed a partial UCL tear, he told reporters on Saturday.

Crochet said he felt a pop in his elbow on the second-to-last pitch of his spring training appearance earlier this week. The first opinion he received on the elbow recommended season-ending surgery, and the second opinion also suggested surgery for the 22-year-old pitcher.

The 2020 first round pick out of Tennessee was expected to be a key contributor to the Chicago bullpen this season. In 60 and one-third innings over the past two seasons, Crochet has compiled a 3–5 record with a 2.54 ERA and 73 strikeouts. His 29% strikeout rate can be attributed to his high-90s fastball, which made him a prime option out of the bullpen for the White Sox in 2022.

With Crochet expected to miss the entirety of the 2022 season, the White Sox will turn to veteran relievers Kendall Graveman and Joe Kelly, who were signed earlier this offseason to bolster the Chicago bullpen.

The New York outfielder is one home run away from setting the American League single-season record.
BRONX, NY・2 DAYS AGO
Sports Illustrated

The son of Roger Maris has an idea of what MLB should do with its single-season home run records.
MLB・20 HOURS AGO
Sports Illustrated

The future Hall of Famer had something special in store for the Busch Stadium crowd.
MLB・17 HOURS AGO

Seattle punched its ticket back to the postseason in dramatic fashion.
SEATTLE, WA・2 DAYS AGO
Sports Illustrated

The Yankees star continues to attempt to hit his 62nd home run of the season, which would break the American League record.
BRONX, NY・1 DAY AGO
Sports Illustrated