What is aphasia, disorder Bruce Willis was diagnosed with, and how is it treated? 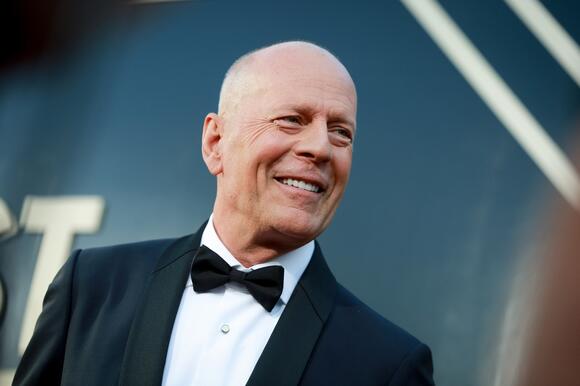 Bruce Willis will be “stepping away” from his acting career after he was diagnosed with aphasia , his family has announced.

According to the actor’s wife, Emma Heming Willis, who shared the news on Instagram, alongside a number of Willis’ other family members, on Wednesday, the diagnosis came after the Red star had been “experiencing some health issues,” with her post noting the disorder has been “impacting his cognitive abilities”.

“This is a really challenging time for our family and we are so appreciative of your continued love, compassion and support,” the post reads.

What is aphasia and what causes it?

Aphasia is a condition that leaves an individual unable to communicate, as it can impact the ability to “speak, write and understand language, both verbal and written,” according to the Mayo Clinic.

The health resource notes that aphasia typically “occurs suddenly” after an individual has experienced brain damage as a result of a stroke or a head injury, but that it can also come on gradually if the person has a “slow-growing brain tumour” or a degenerative disease such as Alzheimer’s disease. Sometimes temporary episodes of aphasia can occur as a result of migraines, seizures, or a transient ischemic attack (TIA), which occurs when blood flow to the brain is temporarily blocked.

According to the National Institutes of Health (NIH) Institute on Deafness and Other Communication Disorders, the disorder can also “co-occur” with speech disorders, such as dysarthria or apraxia of speech, which the outlet notes also result from damage to the brain.

The NIH also states that there are two broad categories of aphasia, fluent and nonfluent, and that these are dependent on the location of the brain damage. For example, a person who has damage to the temporal lobe may develop Wernicke’s aphasia, which the NIH notes is the most common type of fluent aphasia, and which often affects the way a person speaks, as well as their ability to understand speech.

“People with Wernicke’s aphasia may speak in long, complete sentences that have no meaning, adding unnecessary words and even creating made-up words,” the NIH explains.

Broca’s aphasia refers to the most common type of nonfluent aphasia, and typically occurs as a result of damage to the frontal lobe of the brain, according to the NIH. While people with this type of aphasia may understand and know what they want to say, the NIH notes that it can be difficult for them to speak, and this results in short sentences that are often produced with “great effort”. This type of aphasia can also cause “right-sided weakness or paralysis of the arm and leg,” according to the NIH, as the “frontal lobe is also important for motor movements”.

The NIH also notes that an individual can develop global aphasia, which results from “damage to extensive portions of the language areas of the brain”. According to the NIH, this type of aphasia can leave an individual with “severe communication difficulties” as it can make it hard for them to speak or comprehend language.

Other types of aphasia affect an individual’s ability to repeat words and sentences, or lead to difficulty naming objects, even though they may know what the object is and what it is used for.

How is aphasia diagnosed?

According to the NIH, aphasia is typically recognised by a physician after a brain injury. Individuals who have experienced a brain injury will typically undergo an MRI or CT scan, which will help doctors identify the location of the injury.

In addition to brain scans, the individual will also likely be asked a series of questions that can help a physician determine their ability to “understand and produce language”.

From there, a physician may recommend an individual see a speech-language pathologist.

How is aphasia treated?

Individuals who have experienced brain injuries that resulted in the disorder may see improvements within the first few months, even without treatment, the NIH notes.

However, according to the Mayo Clinic, once the cause of the disorder has been addressed, the main treatment for aphasia consists of speech and language therapy, which entails relearning and practicing language skills and other ways to communicate.

Get rid of the term ‘man flu’, study says

The term “man flu” should be dropped because men do not suffer more severe flu symptoms than women, a group of scientists have recommended.While the study by researchers at the Medical University of Innsbruck, Austria, found that women tend to recover more quickly than men, the latter group does not experience worse symptoms when sick.Instead, the small-scale study found that men’s flu symptoms were milder than average when compared with women.Published in the Journal of Psychosomatic Research, the scientists studied flu-like symptoms in more than 100 patients, both men and women. Of those involved, more than half (56 per...
2 HOURS AGO