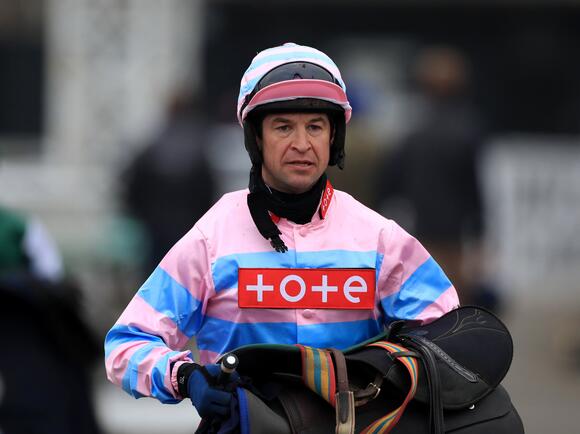 Robbie Dunne has had his 18-month suspension for bullying and harassing fellow jockey Bryony Frost reduced to 10 months on appeal.

Dunne had initially been found in breach of four charges of rule J19 which covers conduct prejudicial to the integrity, proper conduct and good reputation of racing, for a series of incidents between 13 February 2020 and 3 September 2020.

He was found by the panel to have threatened Frost by promising to “put her through a wing (of a fence)” and he was also accused of using misogynistic language such as “f****** whore”, “f****** slut” and “dangerous c***” towards her.

However, despite agreeing that Dunne had been guilty of breaching rule J19, Appeal Board chair Anthony Boswell QC felt one breach of the rule, rather than the previous four, covered all the offences.

After the intial verdict, the 26-year-old Frost revealed the extent of the turmoil she has suffered during the past 18 months, saying she had considered relocating to France.

“The world I was in was like ‘Take it on the chin, brush it under the carpet, it will be OK in time’. But it was increasing in momentum and getting worse,” she said.

“There were times I thought life shouldn’t just be about day-to-day living. My last resort was taking it to the BHA. I knew it was never going to stop but I had to give something a go because it was getting worse.”

Frost admits a move across the Channel did cross her mind, but she ultimately felt tackling the problem head on, rather than running away from it, was the right move.

She added: “There were times in all this when riding in France did turn my eye, and that would have been very easy for me to protect myself.

“But what happens when there’s another person who goes through a similar scenario and I hadn’t done anything to help?

“In the end it came down to two things. There was the point of I don’t believe anyone should make anyone feel that way, that you’re not worthy of being who you are.

“And the main one was I wouldn’t be a decent human being if I one day saw someone go through what I did, knowing I could have done something to prevent it happening again. If I allowed it to happen I’d be going back on everything I stand for in my own rules of life, how you treat people. I didn’t want to see anyone go through what I did.

“And I’m discovering there are people, not just jockeys, but general public, lads and lasses, everyone, who have been made to feel similar.

“So what I have gone through and had to do has been worth it if it helps less people feel the way I have and they have. I don’t just mean in sport, but in life.”

Ali Carter edged his way into a third German Masters final as he defeated Robert Milkins 6-5 in a tense match in Berlin.Trailing 3-1, 2013 champion Carter won four frames in succession to seemingly take control, but Milkins responded with two in a row – playing a brilliant shot to escape a snooker on his way to levelling the match at 5-5 – to send it to a decider.The tension continued in the deciding frame as neither player could get a significant break going.Carter had the edge in a battle of the safeties but there was still one moment of...
2 HOURS AGO