Max Mosley shot himself after learning he had just weeks to live, inquest hears 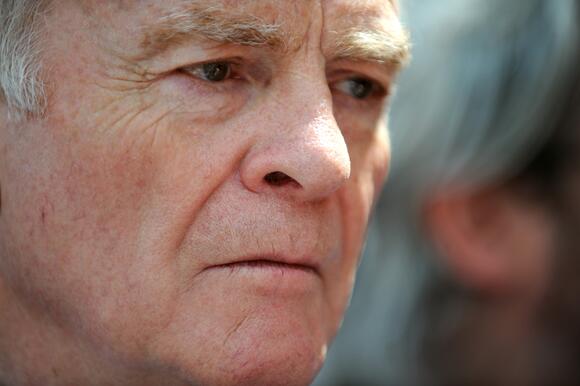 Max Mosley shot himself after being told he had just weeks to live, an inquest has heard.

The former F1 boss took his own life at his London home in May 2021 after learning he likely had a “very limited life expectancy” and was in “debilitating” pain, Westminster Coroner’s Court heard on Tuesday.

Evidence at the inquest revealed the 81-year-old contacted his personal assistant the night before he was found dead to tell him about his decision to kill himself.

Mr Mosley could not be persuaded and had formed a “settled intent”, the court heard. 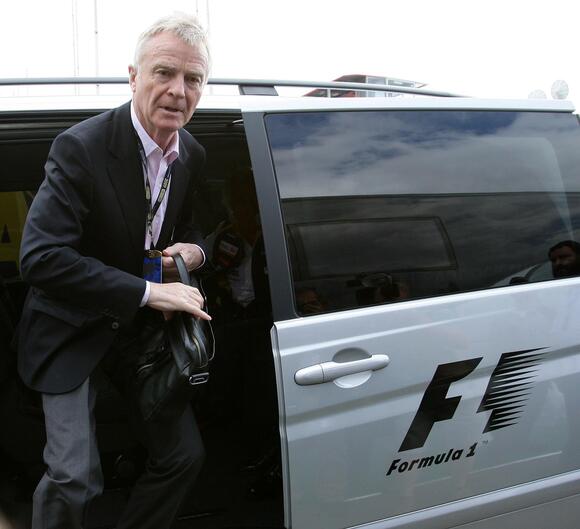 He was then said to have had a last meal with his wife and written a suicide note which was found the following day.

Senior Coroner Dr Fiona Wilcox recorded a conclusion of suicide, saying she was “satisfied” Mr Mosley intended to kill himself.

She added: “I am also entirely satisfied Mr Mosley would not have undertaken this action but for the distressing and debilitating terminal lymphoma.”

However, despite the efforts of doctors, none were successful and he had been moved on to palliative care.

Dr Wilcox recorded a cause of death as a gunshot wound, adding that the cancer was a contributing factor.

Concluding the hearing, she said Mr Mosley was a “remarkable man”, and added: “I would like to pass my sincere condolences to the family and friends of Mr Mosley.

The inquest also heard from Mr Mosley’s relatives that he felt his biggest achievement as president of the Federation Internationale de l’Automobile (FIA) – the governing body for F1 racing and non-profit representing motoring interests worldwide – was “the promotion of road safety” and “green technology in F1”.

Hospital authorities in Wales have been accused of attempting to cover up failings in the delivery of a baby born with significant brain damage.Gethin Channon, who was born on 25 March 2019 at Singleton Hospital, in Swansea, suffers from quadriplegic cerebral palsy, a severe disability that requires 24/7 care.There were complications during his birth, due to him being in an abnormal position that prevented normal delivery, and he was eventually born via caesarean section.An independent review commissioned by Swansea Bay University Health Board (SBUHB), which manages Singleton Hospital, found “several adverse features” surrounding Gethin’s delivery that were omitted from or...
HEALTH SERVICES・1 DAY AGO
The Independent

A landmark moment has been reached in the case of Olivia Pratt-Korbel as Merseyside Police charge a suspect with her murder.The nine-year-old’s death drew widespread condemnation in August, as well as numerous appeals for information from the public and with hundreds of thousands of pounds offered as a reward to help catch her killer.Here is a timeline of events in the case:-August 22:Olivia Pratt-Korbel is shot and killed shortly after 10pm when a gunman – pursuing another man – forces his way into her home in Dovecot, Liverpool.The pursued man, who was also shot, is taken to hospital by friends...
PUBLIC SAFETY・2 DAYS AGO
The Independent

Man fell to his death while trying to climb down from balcony, inquest told

A man fell to his death from the balcony of a third-floor flat after he climbed over it and tried to descend the building while fearing for his safety, an inquest heard.Gary Henderson, 64, travelled in a taxi from Harwich in Essex where he lived to a party at the block in Duke Street in Ipswich, which he had not visited before.Mr Henderson travelled in the taxi with Timothy Gill, who knew the flat’s occupant Rebecca Hibble, Monday’s hearing in Ipswich was told.Maintenance man Mr Henderson was pronounced dead by paramedics at 2.36am on June 24, 2020.Suffolk’s senior coroner Nigel...
PUBLIC SAFETY・15 HOURS AGO
The Independent

A hate crime investigation has been launched after an elderly woman with cerebral palsy was abused in a lift. A man became aggressive towards the disabled pensioner when asked to wait and use the elevator after her in a shopping centre in Nottingham, police say. The pensioner had told him she was worried about catching Covid.During the altercation, which left the victim ‘distressed’, the man also reportedly made a derogatory comment about the 72 year-old woman’s disability. Have you been affected by this story? Contact zoe.tidman@independent.co.ukPolice have now released images of a man they would like to speak to following...
PUBLIC SAFETY・19 HOURS AGO

Captain Sir Tom Moore’s daughter has said she was “deeply saddened” that “human waste” had been poured over a statue of her late father.Hannah Ingram-Moore said it was upsetting to see the memorial “used in this way” for a climate protest.A 21-year-old woman has been charged with criminal damage in connection with the incident affecting the Sir Tom tribute at a nature reserve in Derbyshire.A video posted online showed a young woman pouring brown liquid substance - which she claimed was human faeces - over the memorial in a protest against the use of private jets. “Every time a...
PUBLIC SAFETY・11 HOURS AGO
The Independent

A century-old police ledger featuring a mugshot of a one-time suffragette and anti-war campaigner convicted on the evidence of a British spy of conspiring to kill the prime minister is going under the hammer.Alice Wheeldon, a women’s rights campaigner who opposed the First World War, is shown gazing from the pages of the 500-page book, alongside black and white photographs of others convicted of a host of offences between 1890-1920.Mrs Wheeldon, of Derby, was convicted of plotting to kill David Lloyd George in 1917, during the war, and was jailed for 10 years, as the ledger records.Alice Wheeldon is a...
PUBLIC SAFETY・17 HOURS AGO
The Independent

Slough ‘murder’: Man, 21, dies after he was knocked off bike and attacked by gang

Police have launched a murder investigation after a man was knocked off his bike by a car and fatally attacked by a gang.The victim, 21, whose identity has not been released, died on Sunday night after he was hit by the vehicle – believed to be a black Volkswagen Golf – in Earls Lane, Slough.After he was struck, police said a group of four men got out of the car and chased the victim into the cul-de-sac Waterman Court, Cippenham, where he was attacked. The men then drove off in the same car.Thames Valley Police officers were called to the...
PUBLIC SAFETY・10 HOURS AGO
The Independent

Nurse to go on trial charged with murder of seven babies

A nurse will go on trial on Tuesday accused of multiple baby murders.Lucy Letby, 32, will face charges that she murdered five boys and two girls, and attempted to murder five boys and five girls, between June 2015 and June 2016.Letby, of Arran Avenue, Hereford, is said to have gone on a year-long killing spree while working in the neonatal unit of the Countess of Chester Hospital in Chester.She denies all the allegations.A court order prohibits reporting of the identities of surviving and deceased children allegedly attacked by Letby, and prohibits identifying the parents or witnesses connected with the children.The trial at Manchester Crown Court is estimated to last up to six months.
PUBLIC SAFETY・2 HOURS AGO

A mother of three will remember her much-loved baby son who died after being born with a heart defect when she runs her first London Marathon on Sunday.Sanam Saleh, 35, from Blackburn, Lancashire, had three miscarriages before she became pregnant with Idrees in 2014.Sanam and husband Abu were “really excited” but the 20-week scan revealed their baby was a little boy with a rare condition called Hypoplastic Left Heart Syndrome (HLHS) where the left side of the heart does not develop properly and cannot pump blood efficiently.“After the initial shock where it almost felt like grieving, Abu and I decided...
CELEBRITIES・2 DAYS AGO
The Independent

Man, 42, has part of ear bitten off in nightclub attack

A man has been arrested on suspicion of biting part of a man’s ear off in an attack at a nightclub in Nottinghamshire.The victim, 42, was taken to hospital for treatment after the assault at Club Nexis, on Clumber Street in Mansfield.The incident happened during the early hours of Sunday 25 September.A 30-year-old man has been arrested on suspicion of grievous bodily harm (GBH) with intent.He was subsequently released on bail, on the condition he does not enter any licensed premises in the town’s centre.PC Hannah Lees, of Nottinghamshire Police, said: “This was a violent incident which would have been witnessed by members of the public.“We are thoroughly investigating what happened and due to the quick work from officers were able to arrest a suspect at the scene.“Our investigation is continuing and we are appealing for anyone with any information about the incident, who hasn’t already come forward and spoken us, to please get in touch with us.”Anyone with any information is urged to call 101, quoting incident number 78 – of 25 September 2022 – or contact Crimestoppers anonymously on 0800 555 111.
PUBLIC SAFETY・7 HOURS AGO