Get the latest breaking news, sports, entertainment and obituaries in Ocala, FL from Ocala StarBanner. 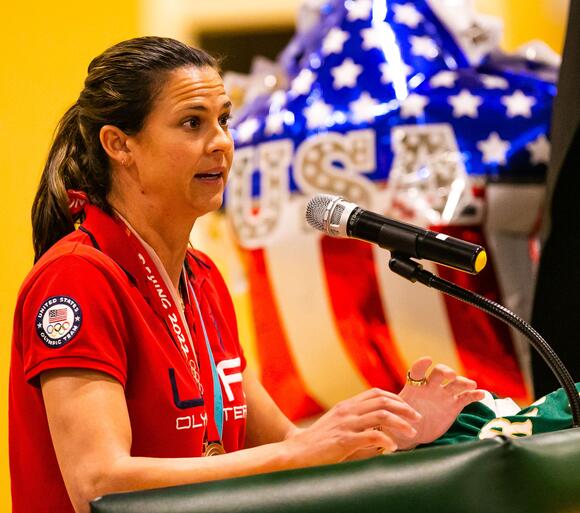 Brittany Bowe has traveled all over the world, and to Olympics in North Korea, Russia, and China as a world champion speed skater.

On Friday, she was back at Trinity Catholic as the school honored her for her bronze medal in the women's 1,000 meters in the Beijing Winter Olympics in February.

Bowe, who graduated from Trinity Catholic in 2006, returned to her alma mater and a gym full of family, former classmates, friends and teachers, and Celtics students. Bowe shared a video of her accomplishments, and there were videos from friends and classmates. She also answered questions from the audience.

"Coming back here to Trinity Catholic is such an honor," she said. "And seeing the banners in the gym and being able to share the medal with this school is a special thing." 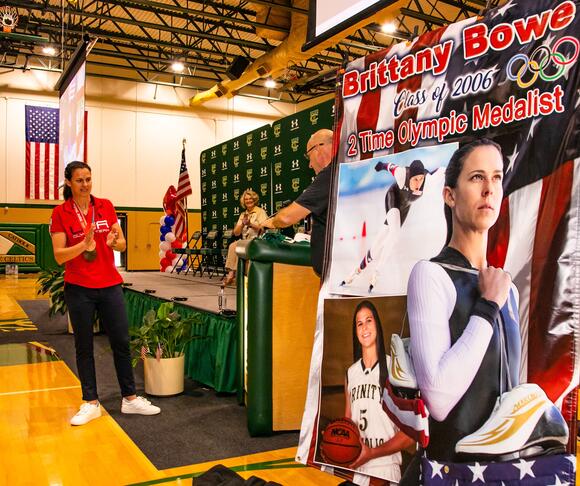 Bowe was a basketball star at Trinity Catholic, leaving the school as the second-leading scorer and then went on to Florida Atlantic, where she was a 1,000-point scorer and was inducted into the school’s Hall of Fame in 2019.

She gave a lot of credit to her teachers and coaches at Trinity Catholic who helped her believe in herself. She said she always enjoyed basketball as a player in high school and college, but there would be another calling for her.

She wanted to be an Olympian.

What an honor: Brittany Bowe 'at a loss for words' about carrying U.S. flag in Winter Olympics Opening Ceremonies in Beijing

While she had been an inline skater since she was 8 years old, and won 32 medals competing in world championships, it was not an Olympic sport. So it was off to Salt Lake City and the United States speedskating headquarters for Bowe.

"When you're a kid and you say you want to be an Olympian when you grow up you don't really know what that means," Bowe said. "But when I graduated from college it seemed like everything lined up for me to try this."

The 33-year old Bowe is a six-time world champion, but she missed out on medals at the 2014 Olympic Games in Sochi before capturing bronze in the Team Pursuit at the 2018 Games in PyeongChang. In Beijing she earned an individual medal in the 1000 meters and said she couldn't be happier.

"I know I'm always on a quest for gold, but I came home with the bronze and I'm so happy," Bowe said. "I don't know what's next but I'm going to keep skating as long as my body allows it." 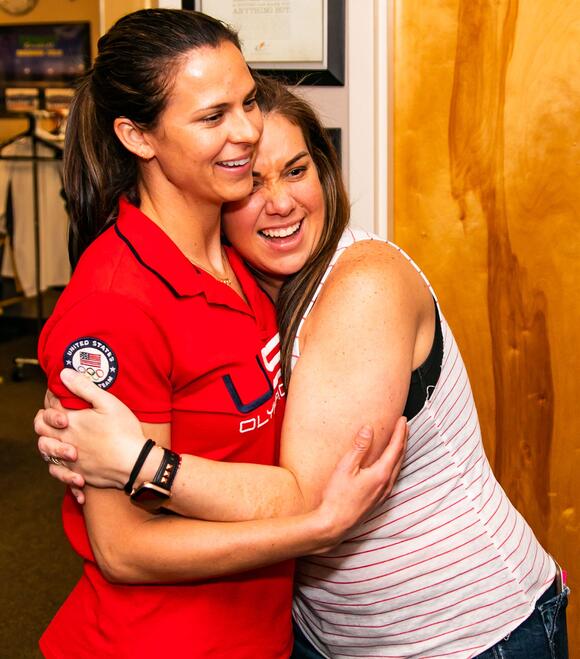 They are all being honored this weekend in their hometown.

"There must be something in the water here (in Ocala)," Bowe said. "All three of us were blessed to be under the direction of Renee Hildebrand of Team Florida on the inline side of things, and we skied inline for so long that it was a natural progression to speed skating."

And a natural progression to Olympic medals.

Get the latest breaking news, sports, entertainment and obituaries in Ocala, FL from Ocala StarBanner.