A community news source serving the Anthem development in Arizona as well as portions of north Phoenix, focusing on the local people, places and neighbors. 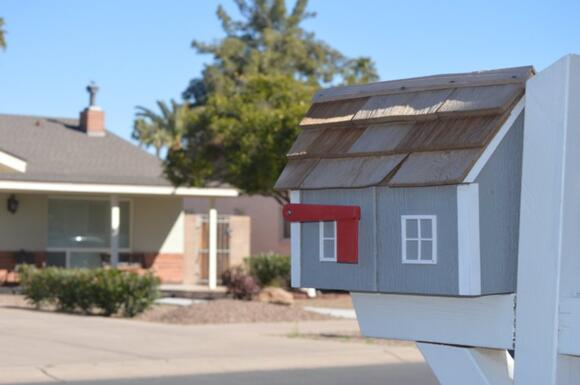 A new Arizona Supreme Court opinion could limit homeowners association restrictions on such things as short-term rentals in different areas, according to some local legal experts.

The opinion, filed March 22, was issued by Superior Court Judge Janet C. Bostick of Pima County, who wrote that the tools used to amend rules of covenants, conditions and restrictions — or CC&Rs — of an HOA could be limited depending on the circumstances.

The opinion was part of an Arizona Supreme Court case Maarten Kalway v. Calabria Ranch HOA and several others.

“Simply stated, the gist of paragraph 17 (from Judge Bostick’s opinion) is that the scope of the topics that can be used to amend CC&Rs may be limited in some circumstances depending on what is contained and foreseeable from the original (rules),” said Julie Pace, a Paradise Valley councilor and attorney.

That means an HOA may or may not be able to amend its CC&Rs to prohibit short-term rentals or any other item, depending on how the documents originally were written and presented to homeowners.

"There could be more legal challenges to prohibiting short term rentals and it will depend on the original CC&Rs whether a short term rental restriction or prohibition will be upheld since the new Supreme Court case potentially narrows amendments to  CC&Rs," Pace said.

CC&Rs are an agreement between homeowners and the association as to various community aspect. As originally written, those agreements can regulate everything from paint colors for a home and holiday decorations to landscaping and upkeep.

Around the Valley, many groups are looking for ways to curb short-term rentals because of fears involving parties and general nuisances. It has lead some HOAs, particularly in the West Valley, to look at how they may be addressed within CC&Rs.

Pace has said the Town of Paradise Valley is working to cut down on nuisance behavior at short-term rentals. She said some residents in the upscale town have complained because people have rented Airbnb homes to host loud parties.

In 2020, residents of the Town of Paradise Valley and surrounding communities said they dealt with nuisance issues that included parties with scantily-clad women, beer bottles and general unsafe conditions from short-term rental units in residential neighborhoods.

Pace said she expects the new opinion to be used to give advice to property owners who want to amend CC&Rs. She said attorneys could use the new case law in court to challenge amended CC&Rs.

Amendments now are permitted “only if” they are foreseeable, Pace said.
“This opinion cast doubts on amendments that ban short-term rentals,” she said. “It will also affect the language used in writing new deed restrictions.”

Short-term rental supporters say the properties are a boon to the Arizona economy despite those who say short vacation stays can lead to trouble.
A February report from Tempe-based Rounds Consulting Group stated the short-term rental industry supported about 75,500 jobs in 2021 from visitors spending money in the state. The industry generated $538.4 million in state, county and city tax revenues in 2021, the report said.

In Maricopa County, the short-term rental industry supported more than 41,000 jobs and produced an economic output locally of more than $3 billion, half of the entire state’s STR economic output, the report said.

The new ordinance took effect Feb. 26 and expanded the definition of “special events” to capture problem activities; require standard health and safety measures to protect renters and expands existing noise regulations to capture nuisance issues, according to the town website.

The website said the town is working on a registration portal for short-term rental owners.

In Phoenix, there is an ordinance that requires “owners of short-term or vacation rentals to register with the city and provide emergency and complaint contact information. The ordinance outlines vacation rental violations and reaffirms prohibited types of uses and introduces an enhanced penalty structure,” the city website said.

The website said in 2019, the Arizona Legislature authorized municipalities to create provisions for short-term vacation rentals.

Paradise Valley isn’t the only one attempting to remedy the situation on a local level. The Sun Cities Home Owners Association has looked at the issue in different ways, but it lacks municipal power to regulate the issue. That would have to come from Maricopa County.

The city of Litchfield Park last month passed an ordinance similar to Paradise Valley’s, and it recently identified more than 40 homes within its borders that were short-term rentals.

A Phoenix attorney said the language in the new opinion regarding CC&Rs is too broad.

“I think it will make it more difficult to amend the CC&Rs if angry homeowners oppose it,” said Chris Combs, a Phoenix-based attorney.

A 2016 legislative measure stripped local governments of their ability to regulate short-term and vacation rentals.

Combs said CC&Rs weren’t a problem before that measure was enacted.

“They weren’t the problem they are today.”

A community news source serving the Anthem development in Arizona as well as portions of north Phoenix, focusing on the local people, places and neighbors.