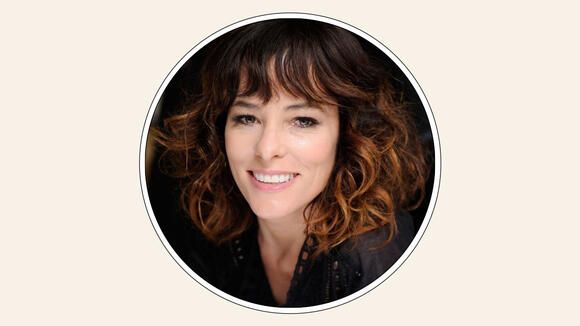 Parker Posey has joined the ensemble cast of The Parenting , a poltergeist comedy from New Line and HBO Max.

More from The Hollywood Reporter

Written by Kent Sublette, the script centers on a young gay couple, Rohan and Josh, who host a meeting of their parents during a weekend at a cozy rental house in the country. Things take a turn for the horrifying and comedic when the new lodgers find it is already inhabited by a 400-year-old evil entity.

Posey is playing the manager of the country house, who may know more than she lets on. Dodani and Flynn play the couple hosting the weekend getaway, with Cox, Falco, Norris and Kudrow playing the respective parents

Parker will soon be seen in another HBO Max project, limited-series drama The Staircase opposite Colin Firth and Toni Collette. On the movie front, the actress will be seen with Joaquin Phoenix in A24’s Disappointment Blvd., the latest movie from Midsommar auteur Ari Aster.

Gersh-repped Posey is coming off starring in Netflix’s revamp of Lost in Space , in which she played a reimagined Dr. Smith on the hit show’s three seasons. She also recently wrapped production on AMC’s new anthology series Tales of the Walking Dead.

Best of The Hollywood Reporter

The upcoming film Trick or Treat Scooby-Doo! appears to confirm fan speculation about Velma Dinkley’s interest in women. HBO Max’s new movie was made available for purchase via digital platforms Tuesday, and footage from it has circulated widely on social media. A number of viral posts focus on fans’ elated responses to scenes showing the bespectacled sleuth, as voiced in the new movie by Kate Micucci, expressing interest in female character Coco Diablo, voiced by Myrna Velasco. More from The Hollywood ReporterBento Box Entertainment Production Workers Unionize With The Animation GuildChuck Lorre Sets Sebastian Maniscalco Bookie Comedy at HBO MaxAnimation...
MOVIES・2 DAYS AGO
The Hollywood Reporter

When ‘Bros’ Bombed, Star Billy Eichner Put the Blame on the Audience

Most people don’t want to see movies perform poorly at the box office. And I’d argue that most people, despite the “go woke, get broke” social media rhetoric from a vocal minority, see the value in consuming and identifying with stories about people who may not look like them or share their lifestyle. So, it’s disappointing when a film, like Bros, featuring an underrepresented population doesn’t succeed.   Bros’ dismal opening of just $4.8 million — and a string of eyebrow-raising tweets from writer-star Billy Eichner — has sparked conversations about why the well-reviewed gay rom-com failed, and if audiences should...
MOVIES・2 DAYS AGO
The Hollywood Reporter

Tubular Bells, Mike Oldfield’s seminal debut album that became a global smash hit in 1973 when its opening theme was used in the soundtrack to The Exorcist (providing a very early boost to Richard Branson’s then infant Virgin Group along the way), turns 50 years old next year. To mark the occasion, Cleopatra Entertainment has acquired North American rights to the Bill Nighy-narrated concert and documentary film The Tubular Bells 50th Anniversary Tour. More from The Hollywood ReporterRetta, Molly Bernard Join Glen Powell in Richard Linklater Action Comedy 'Hitman' as Production StartsNetflix's Executive Shake-Up in Europe May Point to Broader...
THEATER & DANCE・2 DAYS AGO
The Hollywood Reporter

Blumhouse’s Spawn movie is getting a new jolt of creative energy, with the film based on Todd McFarlane’s comic book character adding a trio of writers. Joker’s Scott Silver, Falcon and the Winter Soldier’s Malcolm Spellman and rising scribe Matt Mixon are teaming on a new script for the feature, which has been in development at Blumhouse since 2017. Jamie Foxx remains attached to star as the antihero, who was first introduced in the comics in 1992, with McFarlane among the film’s producers.More from The Hollywood Reporter'Captain America 4' Finds Its Director in Filmmaker Julius Onah (Exclusive)Todd McFarlane, Steve Aoki Launch...
MOVIES・1 DAY AGO

Composer and director Michael Giacchino has signed with CAA. The move comes as Giacchino, known for his Oscar, Emmy, and Grammy-winning scores for Up and Lost, among numerous others, readies the Friday debut of Werewolf by Night, a Halloween horror movie special he directed for Marvel and Disney+.More from The Hollywood Reporter'Werewolf by Night' Director Michael Giacchino Thought the Marvel Special Would be Rated TV-MA, Not TV-14'Chicken Shop Date' Creator Amelia Dimoldenberg Signs With CAAAgencies Join Showrunners' Fundraiser for Abortion Relief (Exclusive) Werewolf by Night, Giacchino’s feature helming debut, is generating heat for its style and freshness and could kickstart a whole...
MOVIES・2 DAYS AGO
The Hollywood Reporter

Writer-director Mike Figgis reveals that and much more in an all-new episode of THR Podcast 'It Happened in Hollywood.'. Nicolas Cage may have won a priceless Oscar for his turn as a suicidal screenwriter with an alcohol addiction in 1995’s Leaving Las Vegas — but that’s all he got. The actor was never paid the $100,000 he was promised to star in the film.
MOVIES・2 DAYS AGO
The Hollywood Reporter

Marvin Lemus, the co-creator and showrunner of 'Gentefied,' will direct the feature for Disney+. Eva Longoria and George Lopez are on board to star in Alexander and the Terrible, Horrible, No Good, Very Bad Day, a new, Latino-centric adaptation of the best-selling children’s book by Judith Viorst. Marvin Lemus,...
MOVIES・2 DAYS AGO
The Hollywood Reporter

The witches will take flight in 2023. AMC+ today announced the start date for Anne Rice’s Mayfair Witches that stars Alexandra Daddario, Harry Hamlin, Jack Huston and Tongayi Chirisa. The series will stream exclusively on AMC+ on Thursday, January 5, 2023, with the first two episodes available that same night. Subsequent episodes will rollout weekly. Based on Rice’s best-selling trilogy, Lives of the Mayfair Witches, the 8-episode series focuses on an intuitive young neurosurgeon, Dr. Rowan Fielding (Daddario), who discovers that she is the unlikely heir to a family of witches. As she grapples with her newfound powers, she must contend with a sinister presence...
TV SERIES・20 MINUTES AGO
The Hollywood Reporter

Charles Fuller, Playwright and Screenwriter Behind ‘A Soldier’s Play,’ Dies at 83

After winning a Pulitzer Prize, he adapted his signature work for the Oscar best picture nominee 'A Soldier's Story' and received a Tony nearly 40 years after he first wrote it. Share this article on Twitter. Share this article on Email. Show additional share options. Charles Fuller, the pioneering Philadelphia...
CELEBRITIES・2 DAYS AGO
The Hollywood Reporter

Top Gun: Maverick, The Batman, Doctor Strange in the Multiverse of Madness and Dune are among the movies that received multiple HPA (Hollywood Professional Association) Award nominations. The annual HPA Awards recognizes postproduction talent in areas including color grading, editing, sound and visual effects. The voting period runs from September to September, meaning that some of last year’s award season films will compete against this year’s contenders. More from The Hollywood ReporterFeinberg Forecast: Updated Oscar Projections Mid-New York Film FestivalWill Oscar Voters Even Consider Voting for Will Smith for 'Emancipation'? "We Have to Allow People to Grow," "No Chance," "F***...
MOVIES・2 DAYS AGO

Sissy Spacek, Dolly Parton, Carrie Underwood and Reba McEntire were among those in Hollywood and the music industry who shared their remembrances, tributes and condolences Tuesday following the news of country legend Loretta Lynn’s death at 90. The acclaimed singer and songwriter, whose journey from a small Kentucky coal-mining...
CELEBRITIES・2 DAYS AGO
The Hollywood Reporter

Hitman, the upcoming action comedy from Richard Linklater starring Glen Powell and Adria Arjona, has started shooting in New Orleans and has bolstered an ensemble cast. Joining Austin Amelio, who The Hollywood Reporter exclusively announced was set to star in the film earlier this week, are Retta (Good Boys, NBC’s Good Girls) and Molly Bernard (Sully, The Intern). The news was announced by AGC Studios, who will co-finance the film will indie financiers Shivani Rawat’s ShivHans Pictures and Monarch Media. More from The Hollywood ReporterFrench Film Industry Figures Sign Open Letter Supporting Women-Led Protests in IranNetflix's Executive Shake-Up in Europe...
MOVIES・2 DAYS AGO
The Hollywood Reporter

Jared Leto is set to star in and produce a biopic of Karl Lagerfeld, the legendary glove-wearing fashion designer and former artistic director of Chanel, who died in February 2019. The Oscar winner is set to play Lagerfeld and will also produce the feature with Emma Ludbrook through their production company Paradox. More from The Hollywood ReporterSarah Harvey Joins Made Up Stories as 'The Undoing,' 'Anatomy of a Scandal' Production House Expands Into U.K.'Rings of Power' Star Nazanin Boniadi Channels Iranian Activism in Her Character: "These Brave Women Inspired Me to Play This Role"Annie Ernaux, French Author of 'Happening,' Wins Nobel...
BEAUTY & FASHION・20 HOURS AGO
The Hollywood Reporter

“Linear Pain, Few Will Gain.” Not only the title of Wells Fargo analyst Steven Cahall’s Tuesday report made for a bleak warning for Hollywood. So did his takes on cord-cutting, the focus on building out streaming businesses and more. “We think the linear business model that has underpinned media is set to decline rapidly,” Cahall warned in the report. “Pivots to direct-to-consumer (DTC) are dilutive to margins and earnings. We’ve laid out long-term company financial outlooks through the transitions and see a lot of hard choices ahead for many media names, including paring back investments, not renewing sports and/or...
MLB・2 DAYS AGO

Prior to reviewing the new installment in the long-running (35 years!) Hellraiser horror movie franchise, I did my due diligence. I rewatched all 10 prior films, from the acclaimed 1987 original and its 1988 sequel through the ensuing two theatrical and six direct-to-video entries. Throughout the marathon, I took copious notes, careful to track the characters and plot developments through their many permutations. Nah, just kidding!More from The Hollywood ReporterDirector David Bruckner Talks Updating 'Hellraiser' for a Modern AudienceDavid S. Goyer Breaks the Batman Mold With 'Unburied' Narrative PodcastInside 'L Word' Star Jamie Clayton's "Colorful and Joyful" Los Angeles Apartment (Exclusive...
MOVIES・2 DAYS AGO
The Hollywood Reporter

Australian Director Robert Connolly on His Family Adventure Film ‘Blueback’: “Our Goal Was to Inspire a Love of the Ocean” (Exclusive)

After exploring the devastations of drought in his 2020 acclaimed thriller The Dry, Australian director Robert Connolly takes a deep dive into the majestic world beneath the ocean’s surface in Blueback, his forthcoming environmentalist family film starring Mia Wasikowska and Eric Bana.  Blueback is loosely based on Booker Prize nominee Tim Winton’s critically acclaimed novella of the same name. Connolly spent over 20 years developing the project, which he also co-wrote. He describes it as “a family-friendly celebration of the natural world.”More from The Hollywood ReporterRetta, Molly Bernard Join Glen Powell in Richard Linklater Action Comedy 'Hitman' as Production StartsNetflix's Executive...
WORLD・3 DAYS AGO
The Hollywood Reporter

Although gray autumnal clouds may have made an unwanted appearance over the British capital for the opening night of the 2022 BFI London Film Festival on Wednesday, the noise, color and upbeat song and dance nature of curtain-raiser Roald Dahl’s Matilda the Musical — getting its world premiere at the Royal Festival Hall — ensured it was anything but a drab affair. Starring Emma Thompson, Lashana Lynch, Stephen Graham and newcomer Alisha Weir (who plays the lead), the adaptation — a Netflix and Sony/Tristar collaboration — comes from Matthew Warchus, artistic director of the Old Vic Theatre and based on his own phenomenally successful...
MOVIES・21 HOURS AGO
The Hollywood Reporter

The New Line and Warner Bros. movie, which opens later this month, marks the first time Johnson has starred in a live-action superhero pic. If tracking is correct, Black Adam should bestow Dwayne Johnson with the biggest box office opening of his career, outside of the main Fast & Furious franchise.
NFL・2 DAYS AGO