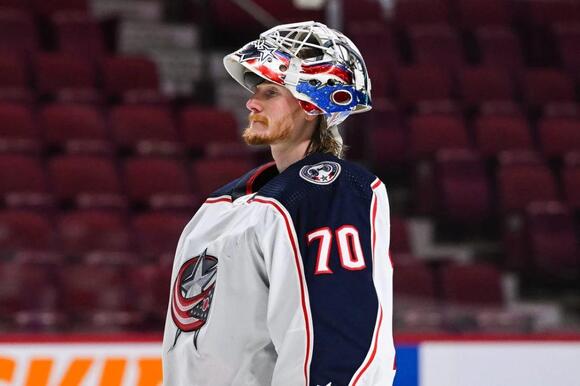 Columbus Blue Jackets goaltender Joonas Korpisalo will miss the remainder of the 2021-22 season due to a hip injury that will require surgery.

“This is an injury that Joonas has been dealing with for some time and it has now gotten to the point where surgery is the best option,” Kekalainen said. “We are disappointed for him as he has worked extremely hard to be able to play, but this is the best course of action.”

Cardinals look for win over Pirates ahead of playoffs

The visiting St. Louis Cardinals are making no secret of the fact that playoff preparation is their top priority in
SAINT LOUIS, MO・2 HOURS AGO
Sportsnaut

WATCH: Zion Williamson already doing his thing in first game since May of 2021

Blue Jays finish with twin bill vs. Orioles before playoffs

The Toronto Blue Jays had a little more time to relish their status as the American League’s top wild-card team.
BALTIMORE, MD・4 HOURS AGO

Cards pull out 10-inning win as Pirates take loss No. 100

Juan Yepez’s RBI single in the top of the 10th inning gave the visiting St. Louis Cardinals an 8-7 win
PITTSBURGH, PA・6 HOURS AGO