Get the latest breaking news, sports, entertainment and obituaries in Stroudsburg, PA from Pocono Record. 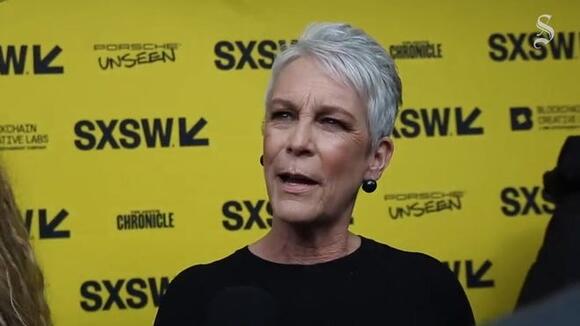 Celebrated author Abby Stein will share her inspiring personal voyage from life in a secluded Hasidic Jewish community to the trans educator and activist she is today at Congregation B'Nai Harim on Thursday evening.

Stein will lead a Zoominar hosted by the congregation discussing her transitions — both leaving the world of the Ultra-Orthodox Hasidic Jewish community, and her journey to become the woman she is today — in her presentation, "How Far Will You Go To Become the Person You Were Meant to Be?"

Through sharing her own personal history, Stein hopes that she can reach a broad audience and show them that those in the LGBTQ world are unique individuals, all deserving of the love and respect that any one else receives.

"It has shown that the easiest way to get people to change their minds and to open up is by (sharing) personal stories," Stein said. "It's not by trying to argue religious and political points, frankly, it is by sharing personal stories, about people getting to see the humanity in the LGBTQ community and the trans community."

While either one of her voyages was monumental on its own, leaving the Hasidic community and transitioning was practically inconceivable at the time for Stein. Born as the first son of a dynastic rabbinic family — she is a direct descendant of the Baal Shem Tov, the founder of Hasidic Judaism — and expected to become a religious leader, Stein knew early on that this was not the life for her.

"Literally every day of my life, from the second I was born, to supposedly the second I would die, was set out for me with a path to follow," Stein said. "(But) at the end of the day, we all try to find our own path."

According to Stein, Thursday's event will focus largely upon her early years, exploring life within her remote world and how she made the bold decision to move upward and onward.

"It's more focused on my childhood and my background," Stein said. "It's up to my teenage years, and then getting married at 18 and then later divorced."

As Stein depicts it, the life she once knew was worlds apart from where she would eventually find herself, with fundamental differences in just about every aspect of culture and society.

The outside world was shunned by her family and neighbors, who instead followed the practices of 18th century Eastern Europe. As a child, Stein's world was limited to her Hasidic community in Brooklyn, and while she spoke both Yiddish and Hebrew, she knew no English. She had no access to television, newspapers and magazines from the outside world, and had never even used the internet by the time she had reached adulthood.

"The basic idea is a community that believes in extreme segregation from the outside world. They are trying to create what I called 'a world apart,' kind of like a perfect image based on a utopia, or as I like to call it, a dystopia," Stein said.

While she knew in her heart that she was female as long as she could remember, making sense of that idea was even more incredibly difficult.

"I didn't even speak my native language; there was no word (for transgender). I didn't know a single other person (who was trans)," Stein said.

But even before she could begin her journey to become a woman, Stein had to overcome the strictly set path made by her family.

Just walking a few blocks outside of her community, it became "a very different country," Stein said, and if she was going to make her way in that world, she would have to leave behind her family, her home and her religion —essentially everything she had known. While she had a high school education and a rabbinical degree from a yeshiva — a Jewish school that focuses on traditional religious texts, including the Talmud, the Torah, and halacha — in upstate New York, Stein found herself lacking in what many would perceive as everyday knowledge in the outside world.

With help from Footsteps, a nonprofit group that assists people who wish to leave the Hasidic and Haredi Jewish communities by offering numerous resources and support, Stein was able to accomplish her goal, and later attend Columbia University to expand her education.

Stein said she will also engage with the audience during Thursday's presentation to explore methods that can help foster a more tolerant and broad-minded mentality, both within and outside the Jewish community, to address ways to support and raise awareness for trans rights and those leaving Ultra-Orthodoxy.

"I think the same goes for every community, religious or not, (regarding) how to create a world, how to create a community, an environment that is what I call not just accepting, but celebrating of LGBTQ people as a whole, specifically for trans people," Stein said.

Since her transition in 2015, Stein estimates that about 10 individuals from the Hasidic community have followed suit, a trek that was absolutely unheard of just a few years ago.

In 2019, Stein released her book "Becoming Eve: My Journey from Ultra-Orthodox Rabbi to Transgender Woman." She has since written and spoken about her life hundreds of times, co-founded Sacred Space, a project focused upon assisting women and non-binary people of all faith traditions, and continues to function in many capacities as a rabbi.

Nevertheless, there are still plenty of roadblocks and hurdles for those who share similar, or even completely different, stories to truly become who they really are. Segregation, prejudice, misconceptions and other issues still prevent many people from achieving that lofty goal.

But Stein continues to hope that with her writing and speaking engagements, more people — and not just those that share her background — will find inspiration in her story, and understand that there are others just like them out in the world.

Those interested in listening to Stein's Zoom presentation can reach out to Jonathan Spinner of Congregation B'Nai Harim at spinnerjh@yahoo.com.

Get the latest breaking news, sports, entertainment and obituaries in Stroudsburg, PA from Pocono Record.