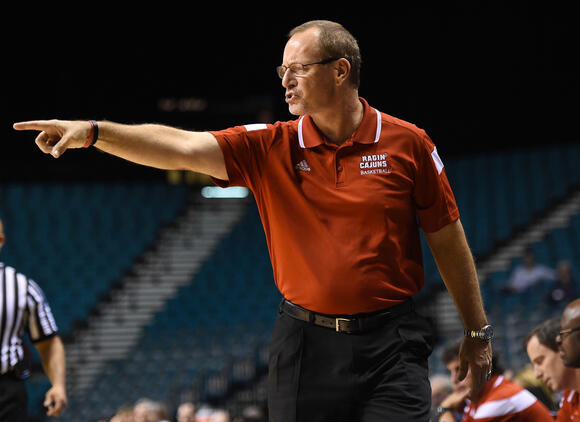 After 12 seasons as the head coach of Louisiana Ragin’ Cajun basketball, Bob Marlin will return for another.

Louisiana’s season ended two weeks ago in a loss to Georgia State in the Sun Belt Conference Championship game, ending the Cajuns 2021-2022 season with an overall record of 16-15.

With one year left on his contract, there had been speculation about his future.

“I think coach Marlin has certainly earned the right to finish his contract out,” explained Maggard. “I feel what we did in March in the (Sun Belt) tournament certainly showed our team definitely has the capability (to win the tournament), even though Bob, myself, and the team was disappointed in the regular season. The tournament play showed us what we knew we were capable of doing.”

In 2014, Louisiana won the Sun Belt Conference tournament, making the NCAA Tournament as a 14 seed, falling to Creighton in the first round.

“I think Bob has a great opportunity to continue that momentum going into next year,” said Maggard. “I know his student-athletes respect him greatly and came here because of him.”

The best regular season at Louisiana under Marlin came in 2018. The team won the Sun Belt Conference championship, winning a school-record 27 games, earning a spot in the NIT.

Louisiana appeared in the CollegeInsider.com Postseason Tournament in 2012, 2015, and 2016.

Next season, the mission remains the same. Louisiana’s goal is to play in the NCAA Tournament.

“I think we have a great opportunity,” added Maggard.

The Mascots of the Sun Belt

Famous Athletes to Wear a Mask