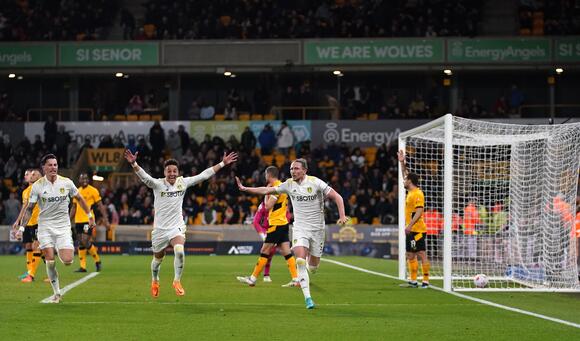 Luke Ayling fired a last-minute winner as Leeds fought back from 2-0 down to win 3-2 at 10-man Wolves in one of the Premier League games of the season.

Ayling’s late winner clinched Leeds a vital win in their fight for survival after they had trailed to first-half goals from Wolves pair Jonny and substitute Francisco Trincao.

But home striker Raul Jimenez was sent off for his second yellow card early in the second period and Leeds hauled themselves level with two goals in three minutes from Jack Harrison and Rodrigo before Ayling snatched all the points at the death.

It was an impressive fightback from Leeds given they had lost four players to first-half injuries, including striker Patrick Bamford.

Leeds secured back-to-back league wins for only the second time this season and moved seven points clear of the relegation zone.

They were boosted by the return to the bench of both Kalvin Phillips and Liam Cooper after respective three-month lay-offs, but were dealt another injury blow in the 23rd minute when Bamford was forced off.

It was tough luck for the striker, who had only returned from his own three-month absence due to a foot injury eight days earlier against Aston Villa, and he was replaced by Sam Greenwood in the 23rd minute. 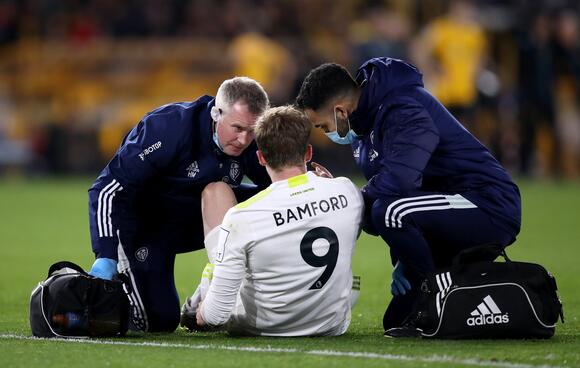 Wolves had to make a reshuffle of their own soon after when Ruben Neves hobbled out of the action and Trincao took his place.

Trincao had an instant impact as he set up Wolves’ 26th-minute opener.

The Portugal winger skipped clear down the right and cut the ball back for Jonny to steer home a low angled finish into the bottom corner. 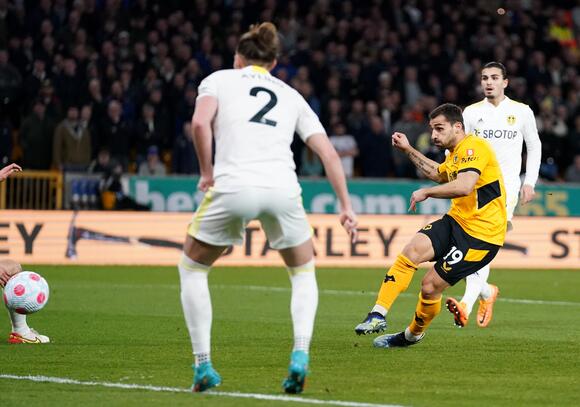 Diego Llorente was the next Leeds player to succumb to injury when he was replaced by Robin Koch.

Trincao was a whisker away for firing a brilliant second goal for his side in first-half stoppage time when his left-footed 25-yard effort struck the inside of a post.

Leeds goalkeeper Illan Meslier produced a superb save to divert Jonny’s goalbound shot, but Trincao left Leeds with a mountain to climb by adding Wolves’ second before the interval. 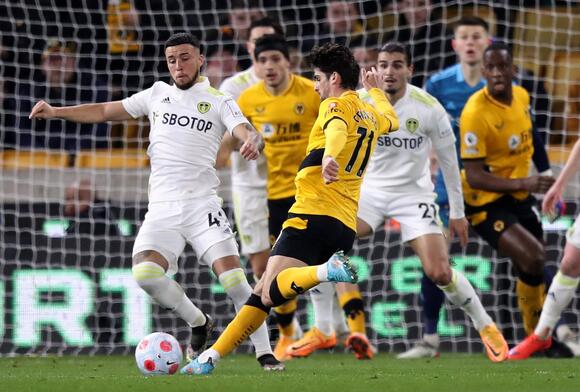 It took only a few minutes after the restart when there was another halt in play due to injury.

Meslier and Jimenez clattered into each other as the Leeds goalkeeper raced out of his area to clear a long ball over the top and both players needed treatment.

Meslier was replaced by Kristoffer Klaesson, while referee Kevin Friend deemed Jimenez’s part in the collision warranted his second yellow card of the match and he was sent off. 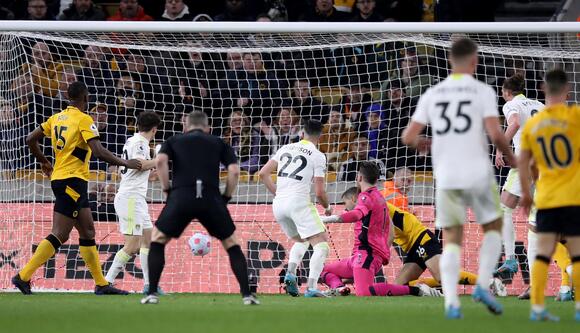 Leeds came storming back against 10 men. Harrison turned the ball home in the 63rd minute after Ayling had seen successive shots hit a post and cleared off the goalline.

Rodrigo then struck the equaliser two minutes later from a tight angle after James’ effort had hit a post. 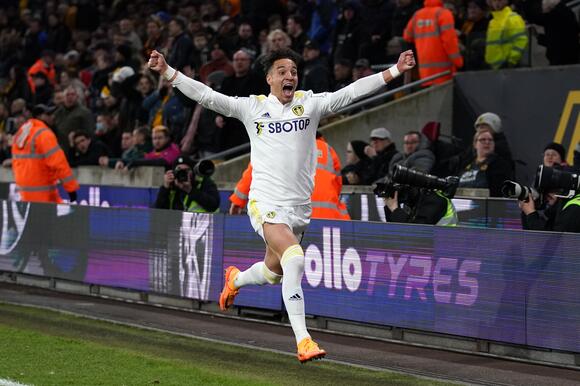 Wolves refused to settle for a point as both sides went toe-to-toe, but it was Leeds who came out on top.

Harrison and substitute Charlie Cresswell both had chances for Leeds and when the home side failed to clear a free-kick from their area Ayling lashed home an unstoppable shot in the 90th minute and it sparked a touchline melee as tempers flared in both dug-outs.

Wolves poured forward in stoppage time and were denied an equaliser when the impressive Trincao’s fierce shot was superbly diverted by Leeds substitute goalkeeper Klaesson.

Tough at the top: opportunity knocks as Arsenal and Spurs collide again

Both teams are eyeing a high league finish but first of all, Mikel Arteta will want to erase painful memories of last encounter. This time, it is game on. After Arsenal successfully requested to postpone the last north London derby because they were lacking 15 first-teamers, the annoyance along Seven Sisters Road only really subsided once the final whistle blew on the rescheduled fixture. The switch turned it into a de facto shootout for Champions League qualification; Tottenham won resoundingly, if not without controversy, on a stormy May night at their home and the issue was duly settled.
PREMIER LEAGUE・16 MINUTES AGO
The Independent

Follow live coverage as Angers SCO take on Olympique Marseille in Ligue 1 today.Paris Saint-Germain are the box-office draw of the French top flight with some of the world's very best players including Lionel Messi and Neymar plying their trade in the capital.After Lille produced one of the shocks of recent seasons in the European game by pipping them to the post in 2020/21, PSG returned to the summit of the French game in 2022.Saint-Etienne are the record winners with 10 league titles in their illustrious history, but none since 1981. Marseille have won it nine times while Monaco, who are actually based in a foreign country making it a cross-border competition, eight-time champions.Nantes hold the record for the most consecutive matches without defeat (32) and also boast the least number of defeats in a single season (1) in 1994/95.We will bring you all the action and updates from today's game in the live blog below:
SOCCER・2 HOURS AGO