You need more than knockouts to develop into a boxing superstar, according to fight promoter Tom Loeffler 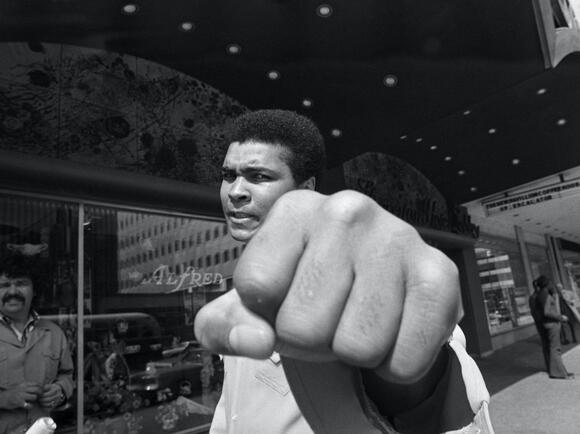 To build a Mike Tyson , Manny Pacquiao, or Wladimir Klitschko for the future, you could do no better than to heed a life lesson from Muhammad Ali.

That's according to boxing promoter Tom Loeffler, who told Insider this week that developing young talent is fundamental to his Hollywood Fight Night series of combat sports events, which returns Thursday with a St. Patrick's Day show at Quiet Cannon Country Club in Montebello, Calif.

"We started this Hollywood Fight Night series to develop talent to get to the next level," Loeffler said.

Loeffler has represented a who's who of boxing stars, including modern-day American greats like Kevin Kelley, Shane Mosley, and James Toney, and international icons like Wladimir Klitschko, Vitali Klitschko, and Gennadiy Golovkin (Triple-G).

Alongside his work with championship-level fighters is Loeffler's passion to unearth the stars of the future.

"They're tremendous talents," Loeffler told us. "So this platform is perfect to develop these young fighters' talent, and to see if they can make the jump to the next level — to the bigger stage."

As the promoter of Golovkin, and a longtime partner with the Klitschko brothers, it's clear Loeffler has "always been a big fan of knockouts…. It just makes the marketability and promotion of a fighter that much easier."

But you need more than an extraordinary and merciless ability to separate an opponent from their senses. "You need to be exciting and successful in the ring, and you need to market yourself, and be good on social media."

Said Loeffler: "When you're still early in your career, it takes a lot of time and dedication to honing your skills in the ring.

"And then you have to build your fanbase. It takes time whether its taking photos and signing autographs after the fight, then also be with the fans in your everyday life.

"It takes a well-rounded personality because a lot of star athletes shy away from interacting with the fans and only wanting to focus on training for the fight.

"Callum Walsh seems to really like the adulation and interaction with the fans and the public."

Loeffler said "that's a very important quality" that he notices in the 21-year-old boxer, who is set to star in Thursday's Hollywood Fight Nights show that will be broadcast on UFC Fight Pass from 9 p.m. ET / 6 p.m. PT.

Appreciating the fight fans is something Muhammad Ali always did, Loeffler said.

"I learned that from 'The Greatest of all Time,' as I had the honor of working with Muhammad Ali when I first started working in sports at an agency, and I never forget I arranged a film premiere in Germany for Muhammad for his film 'Ali,' starring Will Smith.

"Muhammad, even though he had Parkinson's, jet lag, and we had a full-day program interacting with sponsors for the entire event, stood in the lobby late into the evening, at nine or ten at night, signing autographs.

"He knew that those fans, or most of those fans, wouldn't be seeing him again, and he really appreciated his fans. So, when 'The Greatest of all Time' can do that, that's a big lesson for some of these younger athletes for how they need to respect their fanbase."

Loeffler continued: "Ali had a famous quote that played exactly into that story … that he spent all his life trying to be famous, so why would he then go in the backdoor or some secure area where there are no fans? He said, 'If I trained all my life, worked all my life to be famous, why would I hide from my fame and fans?'

"That definitely embodies that situation that a lot of stars, or celebrities, in sports or entertainment, can lose sight of when they reach the height of their popularity."