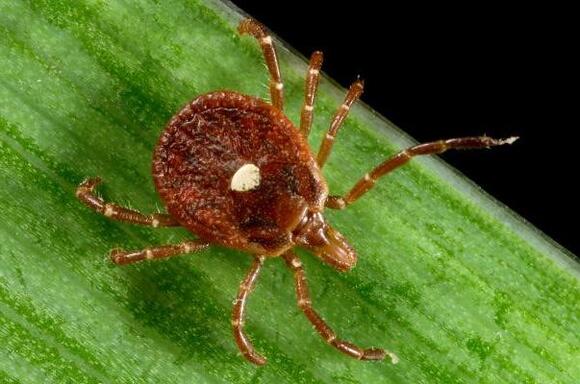 Scientists have found that the rare but potentially deadly Heartland virus is circulating in lone star ticks in Georgia , confirming the virus’ active transmission happening within the state.

The scientists, in a study published on Wednesday in the journal Emerging Infectious Diseases , conducted a genetic analysis of virus samples isolated from ticks collected in central Georgia.

Researchers, including those from Emory University in the US , have said the virus’ genetic material RNA has been detected in immature and mature stages of the tick A. americanum from Missouri , Alabama , Illinois , Kansas and New York until now, although it remains unclear if the virus spread to other parts of the country.

The virus was first detected in 2009 in northwest Missouri after two local men were hospitalised with high fever, diarrhea, muscle pains and low counts of white blood cells as well as other symptoms similar to known tick-borne diseases like Lyme disease .

Researchers found that the men were infected with a novel virus named Heartland, which was later traced to lone star ticks, with evidence of infection also seen in deer and other wild mammals.

The tick, named for a distinctive white spot on its back, is the most common tick in Georgia, and is widely distributed in wooded areas across the southeast, eastern and midwest US.

These insects are tiny, about the size of a sesame seed in the nymph stage, and barely a quarter of an inch in diameter as adults, scientists said.

People infected with the virus experience fever, fatigue, decreased appetite, headache, nausea, diarrhea, as well as muscle or joint pain, and many are hospitalised because of their symptoms, according to the US Centres for Disease Control and Prevention (CDC).

However, the actual disease burden could be higher since the Heartland virus is still not well known and tests are rarely ordered for it.

There are currently no vaccines or medications available to prevent or treat infection with the Heartland virus, the CDC noted.

“Heartland is an emerging infectious disease that is not well understood. We’re trying to get ahead of this virus by learning everything that we can about it before it potentially becomes a bigger problem,” study senior author Gonzalo Vazquez-Prokopec from Emory University said.

After a retroactive analysis uncovered a single confirmed case of human infection of the Heartland virus from 2005 in Georgia in which the patient died, scientists assessed serum samples collected in past years from white-tailed deer in the region.

In the new study, scientists found that lone star ticks in Georgia also carry the virus, adding new evidence for how the Heartland virus, first identified in Missouri in 2009, may evolve and spread geographically .

Scientists detected the virus in three different specimen samples of lone star ticks — collected in different locations and at different times — and including both the nymph and adult stages of the ticks.

“These results suggest that the virus may be evolving very rapidly in different geographic locations, or that it may be circulating primarily in isolated areas and not dispersing quickly between those areas,” Dr Vazquez-Prokopec said.

“We want to start filling in the huge gaps in knowledge of the transmission cycle for Heartland virus. We need to better understand the key actors that transmit the virus and any environmental factors that may help it to persist within different habitats,” he added.

Researchers said the ongoing climate crisis is also fueling warmer and shorter winters and increasing opportunities for some species of ticks to breed more frequently and to expand their ranges.

“We will be gathering data to help support tick surveillance efforts by public health officials in Georgia. Tick-borne diseases are a real and growing threat and the best way to deal with them is not to panic, but to do the science needed to learn everything we can about them,” Dr Vazquez-Prokopec added.

Ticks have always carried and transmitted diseases, lime disease, is just one example, and also any insect that lives on blood can transmit diseases to people. Mosquitoes transmit more diseases than any other insect in the world!! Just one more scare tactic from your demoidiots!!! election is coming, shut down the world so we can't vote, and they can send out more mail in ballots!!!!

Good lord, not everything is political. I bought a new home, 7 years ago. I can't tell you how many times I've been bitten. So many ticks!! I find them everywhere. I put them inside a water bottle (instead of flushing non stop) It looks like a snow globe! Half the bottle is ticks, 100's of ticks Not looking forward to spring 😡

I dose my animals with Revolution every year and the way they shake and squirm around (you'd think I was murdering them) I get enough of it on me too that I'm probably pretty safe!

A four-star US Air Force general has said that Washington is expecting a potential war with China in 2025 and asked his commanders to prepare for battle by aiming “for the head”.General Mike Minihan, the head of the Air Mobility Command, said the US’s main goal should be to deter “and, if required, defeat” China, in a shocking internal memorandum signed off by him and confirmed to be genuine by the Pentagon.The memo, which has been circulating on social media, was first reported by NBC News and is dated 1 February of this year. It contains several pointers, including...
WASHINGTON STATE・12 HOURS AGO
The Independent

LOCALIZE IT: US residents moving southbound in recent years

EDITORS/NEWS DIRECTORS:The U.S. South's population has boomed in this decade. Last year, the Northeast and Midwest lost residents, and the West grew by an anemic 153,000 people, primarily because a large number of residents left for a different U.S. region. In contrast, the South grew by 1.3 million new residents, and six of the 10 U.S. states with the biggest growth last year were in the South, led by Florida, Georgia, North Carolina and Texas.Experts say the Southern allure has to do with a mix of housing affordability, lower taxes, the popularity of remote work during the pandemic era and...
FLORIDA STATE・6 HOURS AGO
The Independent

Mass shootings have commanded public attention on a disturbingly frequent basis across the U.S., from a supermarket slaying in Buffalo, New York, to an elementary school tragedy in Uvalde, Texas, to a recent shooting at a California dance hall.Rather than provoking a unified response from elected officials, each additional shooting seems to be widening the political divide among states on who should be allowed to have guns and what types are OK.“It’s wash, rinse and repeat with these mass shootings,” said Michael Anderson, a bartender who survived a mass shooting at a Colorado nightclub. "They happen, and then they...
ILLINOIS STATE・6 HOURS AGO
The Independent

US population center trending toward South this decade

The U.S. population center is on track this decade to take a southern swerve for the first time in history, and it's because of people like Owen Glick, who moved from California to Florida more than a year ago.Last year, the South outgrew other U.S. regions by well over 1 million people through births outpacing deaths and domestic and international migration, according to population estimates from the U.S. Census Bureau. The Northeast and Midwest lost residents, and the West grew by an anemic 153,000 people, primarily because a large number of residents left for a different U.S. region. The...
GEORGIA STATE・6 HOURS AGO