‘That’s a rare and wonderful thing’: Bill Bailey says he misses Sean Lock who ‘knew him inside out’ 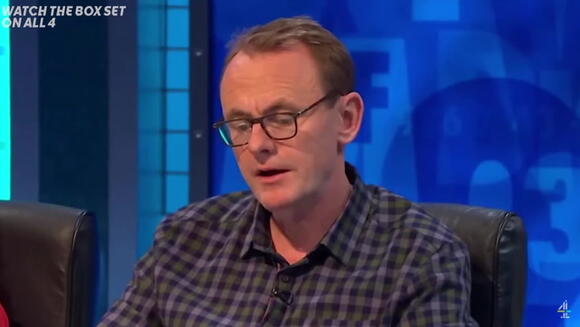 Bill Bailey has spoken about how much he misses his late friend, the comedian Sean Lock , who died of cancer last year.

The comedian and regular comedy show panellist died aged 58 in August. His death came as a shock to fans, who didn’t know he had been ill.

Speaking on the Out To Lunch with Jay Rayner podcast, Bailey said he still finds himself wanting to send Lock funny material, before realising that he can’t.

He added: “I guess one of the things I miss most about him is that it was like a sounding board for yourself, you know, when someone knows you inside out, that’s a rare and wonderful thing, because they keep you right.”

Last year, Bailey said that Lock was still cracking jokes in his final days . “Even in his last few days, we were still having a laugh, still joking, still coming up with ideas,” he said.

“We had great conversations. I brought in my guitar and sang him his favourite Johnny Cash songs.” Lock was best known for being a team captain on Channel 4 series 8 Out of 10 Cats, presented by Jimmy Carr, for 10 years from 2005.

He also performed as a stand-up and appeared on Have I Got News For You , Would I Lie To You? and QI .

Pierce Brosnan has revealed how Robin Williams saved one of his most dreaded Mrs Doubtfire scenes.The actors starred together in the 1994 comedy, which was directed by Chris Columbus, with former Bond star Brosnan reflecting on the experience in a new interview.Discussing his past credits in a recent interview with GQ, Brosnan spoke specifically about a scene in the film in which he has a lime lobbed at the back of his head by Williams’s character, Daniel Hillard, while he is carrying a drinks tray.Hillard does this after Brosnan’s character, Stu, the new boyfriend of his ex-wife (Sally Field),...
CELEBRITIES・2 DAYS AGO
The Independent

George Clooney has hilariously agreed with pal Brad Pitt, after he called the filmmaker one of the most “handsome men” in the world. The 61-year-old actor addressed and supported the Fight Club star’s compliment on Wednesday, when he and his wife Amal Clooney made an appearance on CBS This Morning. Pitt first called Clooney “handsome” last week, in a video segment for US Vogue.“Well he’s right about that, let’s face it. He’s right,” Clooney said, after his wife chimed in to agree and said that her husband is “not modest”.The Ocean’s Eleven star continued to make fun of the...
CELEBRITIES・1 DAY AGO
BuzzFeed

23 Actors Who Were Paid A Ton Despite Being — Fine, I'm Gonna Say It — Low-Key Lazy

Imagine going to work for four days and making 3 MILLION DOLLARS.
MOVIES・38 MINUTES AGO
The Independent

Meghan Markle was “very unhappy” with a cover issue of Vanity Fair because she believed the headline referring to her relationship with Prince Harry was “racist”, according to a new book. The Duchess of Sussex, 41, was reportedly furious with the headline of the October 2017...
CELEBRITIES・1 DAY AGO

A photographer has shared a collection of images he created using artificial intelligence that imagines what notable figures and celebrities would look like if they were alive today.Alper Yesiltas, a lawyer who lives in Istanbul, Turkey, has spent the last 19 years “imagining scenes and capturing memories,” according to an essay he wrote for BoredPanda.For his first AI-based collection, Yesiltas decided to imagine how people would “look photo-realistically if some great events had not happened to them,” with the project, titled: “As If Nothing Happened,” depicting how individuals such as Princess Diana, Michael Jackson and Kurt Cobain would look if...
PHOTOGRAPHY・1 HOUR AGO
The Independent

House of the Dragon: The 3 biggest talking points from episode 7

Kids, they grow up so fast. After last week’s discombobulating decade-long time jump on House of the Dragon, the Targaryen and Velaryon broods have gone from mere babes (or glints in the eye) to rambunctious children. Drinking, wanking, fighting. And now that the dust has settled on that quantum leap, it’s time for them to take centre stage.Bad Heir DaysBut first, an olive branch. “It’s time that you came home,” Viserys (Paddy Considine) says to his brother, Daemon (Matt Smith). “I know we’ve had our differences but let them pass with the years.” Perhaps he’s forgotten that Daemon was...
TV SERIES・1 HOUR AGO
Deadline

The great playwright Tom Stoppard and his simpatico director Patrick Marber make a lasting gift of remembrance in the brilliant, gorgeous and devastating new play Leopoldstadt, opening tonight at Broadway’s Longacre Theatre. But it’s a gift that comes with strings, ropes even, the author seems to be warning us: There’s burden attached to memory, and pain, and, above all, responsibility – duty, even – that accompanies every yellowed snapshot in an old family album and every fading face that once seemed fixed with such clarity. Most of us, thankfully, won’t have the unbearably catastrophic history to carry through life that the...
THEATER & DANCE・54 MINUTES AGO
BuzzFeed

When a reporter asked Rihanna what she was looking for in a man, she gave this iconic reply: "I'm not looking for a man. Let's start there."
TENNIS・8 MINUTES AGO

Two rare photographs of The Beatles playing at the Cavern Club in Liverpool have been discovered.The images were captured in July 1961, over a year before the band released their debut single Love Me Do.They show John Lennon and Sir Paul McCartney at the microphone, with George Harrison on guitar and a partially obscured Pete Best, the group’s original drummer.Beatles historian and author Mark Lewisohn said: “Set inside Liverpool’s cramped and dank Cavern Club, these previously unseen photos capture The Beatles playing for a lunchtime or evening audience in July 1961.“Just back from Hamburg – slogging 500 stage hours in...
MUSIC・3 HOURS AGO
The Independent

Slipknot’s Shawn Crahan: ‘I know what real evil is… My past problems are minuscule now compared with the path my wife and I are on’

“That’s always a loaded question,” replies Shawn Crahan. As clown, percussionist and creative engine of Slipknot, Crahan is familiar with loaded questions. With their 1999 debut, the heavy metal band unexpectedly punctured the mainstream. Their skull-splitting sound and spine-chilling masks attracted fans en masse, intense scrutiny in tow. “My hardcore fans are gonna hate me for what I say.”
MUSIC・1 DAY AGO
The Independent

The famous 11-day disappearance of writer Agatha Christie in the 1920s has long bamboozled biographers, but the mystery may now finally be solved.BBC historian Lucy Worsley thinks she knows why the famous crime author vanished in 1926 before turning up at a hotel in Yorkshire, miles away from her home in Berkshire, more than a week later. Christie had entered a “fugue state”, according to the historian, in which she would have experienced amnesia, a loss of sense of self, and been more prone to making journeys to random locations.This could have been triggered by two emotional traumas, the first...
BOOKS & LITERATURE・13 HOURS AGO
The Independent

The Strictly curse: Does it really exist?

The so-called “Strictly curse” has been a tabloid mainstay for at least a decade, founded on the idea that participating on Strictly Come Dancing (whether as a celebrity or a professional dancer) threatens the status of the relationship you’re in when you sign up.Stories of its destructive power arrive like clockwork each winter. Along with forgotten B-listers and stars of Holby City and/or EastEnders hitting the dance floor, hysterical headlines will report on Strictly duos left so erotically charged in pasodoble rehearsals that they dump their spouses.Presenter Claudia Winkleman has repeatedly shot down the curse, once saying that it’s...
CELEBRITIES・8 HOURS AGO

Strictly 2022 results: Kaye Adams is the first contestant to be eliminated

The first celebrity has been eliminated from Strictly Come Dancing.An eventful live show on Saturday (1 October) saw all 15 stars hit the dance floor with their professional partners for the second time.Molly Rainford and Carlos Gu emerged at the top spot with a total of 65 points – a combination of their scores from this week and last.Meanwhile, Tony Adams and Katya Jones found themselves at the bottom with only 37 points.The judges’ scores were added with the results of the viewer’s votes to decide the lowest scoring two couples facing the dance off.Sunday night’s (2 October) results...
TV SHOWS・7 HOURS AGO