The Wilson Times celebrated its 100th anniversary Feb. 18, 1996, with a gala celebration and open house. From humble beginnings in a building on an alley behind the county courthouse, the Times had overcome competitors and become one of the few surviving family-owned daily newspapers in North Carolina.

Pageant winners are from Wilson 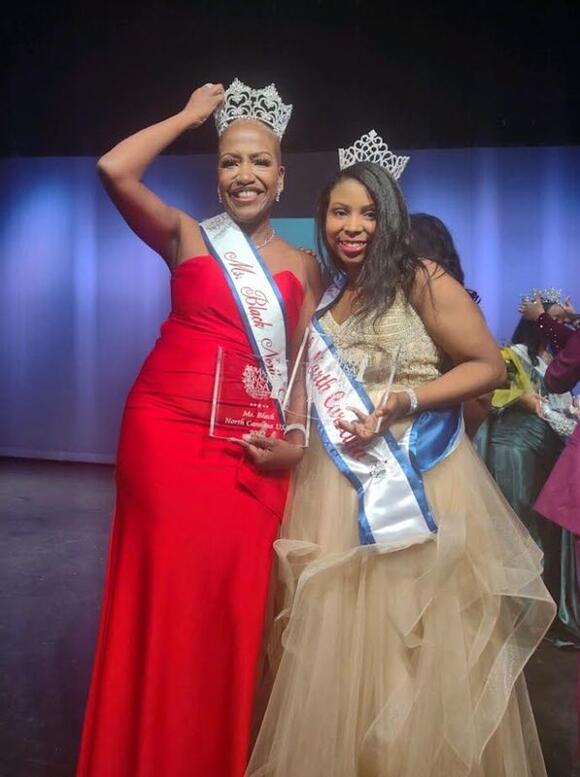 Two Wilson County residents crowned winners at the 2022 Miss Black North Carolina USA Competition say the key to success is just to be yourself.

“I act like myself, my very energetic, bubbly, funny self,” said Faith, a Wilson Preparatory Academy seventh grader who wants to be a doctor when she grows up.

Thorne, an Elm City native who lives in Wilson, said her best advice to young people is to “know who you are.”

“Stand in your truth and be true to yourself,” Thorne said. “I am clear, even at my age, that’s what helped me to win the title.”

Faith said she entered the pageant because she has always liked competing.

“I used to do dance competitions, and I saw this as a new opportunity,” Faith said. “I have been dancing since the age of 2. I like how I get to express myself in the form of movements.”

Faith said she loves science and biology and would like to attend East Carolina University to study medicine.

Faith danced for the talent portion of her presentation to the judging panel. Her platform is mental health for young people.

“I look around my school, and I see a lot of kids who don’t have the support that they need,” Faith said. “They are having adult problems and they are being given adult solutions, and I want those kids to get help from people who understand what they are going through.”

Faith said she believes everybody has talent.

“Everybody’s smart in their own way. Everybody is special in their own way,” she said. “I found out I am a really good dancer. You always have that key of talent and that attractiveness. It’s just always in your own special way.”

Faith is the daughter of Beverly Lane Woodard and the late Mark James Woodard, who died Sept. 9.

Faith now has the opportunity to represent North Carolina in the Junior Miss Black USA pageant.

Thorne grew up in Elm City and graduated from Fike High School in 1990.

She earned her bachelor’s degree in elementary education from North Carolina A&T State University in 1995. Her master’s degree in school counseling and clinical mental health from East Carolina University followed in 2019.

Thorne has taught at Winstead Elementary School, Toisnot Middle School and the Sallie B. Howard School for the Arts and Science.

Her mission is to “give back to her community” and share the message that “adversity does not have to be destiny.”

Thorne said she was “in awe” and “on cloud nine” to learn she won the competition.

“I was the oldest contestant competing for the title,” Thorne said. “I just think it speaks volumes on my age. I don’t know personally of a 49-year-old pageant winner.”

Thorne didn’t want her age to hold her back.

“I wanted to represent young Black girls very well to show them that no matter where you are in life, what stage you are, you can still represent yourself and your people and others very well,” Thorne said.

For the talent competition, Thorne read from an original journal entry she wrote titled “Trust the Process.” Her platform is adverse childhood experiences.

Thorne is employed with the Public School Forum of North Carolina as eastern N.C. program manager for the North Carolina Learning and Resilience Project.

She's undecided on whether she will continue to compete in the national pageant.

Thorne is the daughter of Bobby and Shirley Thorne of Elm City.

Anyone interested in hosting Thorne as a speaker or sponsoring her and Faith Woodard in future competitions can email Thorne at eulandathorne@gmail.com.

The Wilson Times celebrated its 100th anniversary Feb. 18, 1996, with a gala celebration and open house. From humble beginnings in a building on an alley behind the county courthouse, the Times had overcome competitors and become one of the few surviving family-owned daily newspapers in North Carolina.