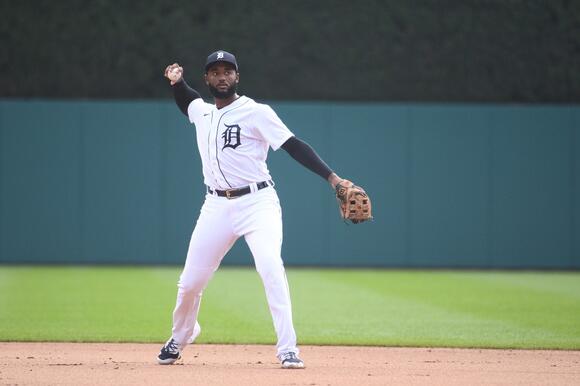 In need of infield depth, the Astros have signed Niko Goodrum to a one-year contract, worth a reported $2.1 million.

Goodrum, 30, spent the last four seasons with the Detroit Tigers and batted .214 with 9 home runs and 33 RBI in 90 games last season. He started games at shortstop, second base, center field and left field last season, and over the course of his career he's played every position in the big leagues, aside from catcher.

The Astros have yet to announce the move, and their 40-man roster is currently full, but Goodrum told MLB.com that he would be in Houston on Sunday for his physical before reporting to the Astros spring training complex in West Palm Beach, FL.

Astros pitcher Lance McCullers Jr. will not make his scheduled start against the Arizona Diamondbacks on Tuesday night due to an illness, the team announced.
HOUSTON, TX・2 DAYS AGO
610AM Sports Radio

Michael Brantley hopes for an Astros return in 2023

Michael Brantley rejoined his Astros teammates in the dugout for their 10-2 win over the Diamondbacks on Tuesday and he says he’d like to return to the team after his contract expires this winter.
HOUSTON, TX・1 DAY AGO
610AM Sports Radio

X-rays on Yordan Alvarez’s left ankle came back negative after the Astros slugger exited in the fifth inning of Tuesday’s 10-2 win over the Diamondbacks, Astros manager Dusty Baker said.
HOUSTON, TX・2 DAYS AGO
610AM Sports Radio

Hunter Brown appeared out of the bullpen for the third time since joining the Astros on Tuesday night, but this outing was different than the previous two. For the first time since July 15, 2019 he appeared in a game on less than four days rest.
HOUSTON, TX・1 DAY AGO

The Rockets were an elite offensive team during the height of the James Harden era, but becoming a stout defensive team is what made them a championship contender, so fixing a porous defense is paramount for this iteration of the team
HOUSTON, TX・2 DAYS AGO
610AM Sports Radio

While the Texans’ defense overall has held up its end of the bargain and kept the team close, the run defense has been virtually non-existent.
HOUSTON, TX・1 DAY AGO