Gérard Depardieu to be investigated after being accused of rape 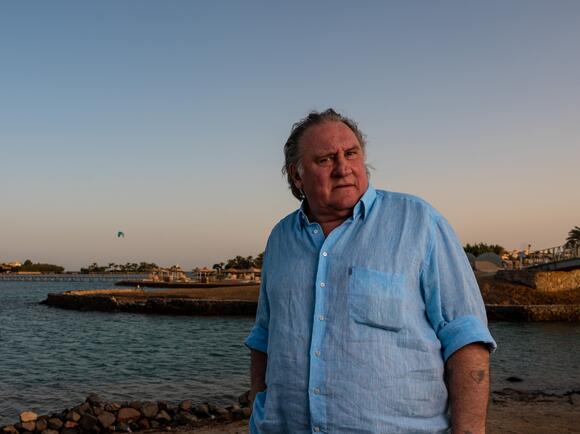 A Paris court has rejected Gérard Depardieu ’s request to drop the investigation into him following an accusation of rape.

Prosecutors discontinued an initial inquiry into the French actor in 2019 due to a lack of evidence.

They later resumed the case when a new complaint was made to police.

Proceedings were relaunched after the complainant claimed to be an “injured party”.

After initially making the accusation anonymously, actor Charlotte Arnould later came forward to reveal that she made the complaint, stating that she “could not bear to remain silent any longer”.

Although Depardieu made a request for the case to be dropped, the Paris appeal court has decided to uphold the investigation.

“The chamber considers that there are, at this stage, serious and consistent signs justifying that Gerard Depardieu remain under investigation,” reads the statement, published on Thursday. 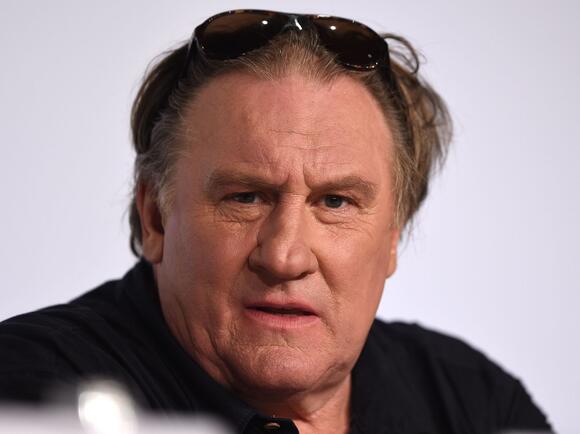 The actor has previously “firmly rejected” the accusation , through his lawyer. As of yet, Depardieu has not been indicted.

Depardieu is best known for his roles in Cyrano de Bergerac and The Last Metro . The 73-year-old has starred in scores of French-language movies, rising to prominence in 1974 with Going Places , and gained international recognition with a starring role in the 1990 English-language comedy Green Card . He won a Golden Globe best actor award for the role.

His role in Cyrano de Bergerac earned him the award for Best Actor at the 1990 Cannes film festival, as well as a nomination in the Best Leading Actor category at the Academy Awards in 1991.

In 2013, Vladimir Putin granted Depardieu Russian citizenship. The actor received his new passport in person from Putin at the Russian leader’s residence on the Black Sea coast.

If you have been raped or sexually assaulted, you can contact your nearest Rape Crisis organisation for specialist, independent and confidential support. For more information, visit their website here .

A young boy stabbed to death outside a school in Huddersfield has been named as 15-year-old Khayri Mclean.Students described seeing the teenager “pinned to the ground and stabbed multiple times” outside the school gates. A 16-year-old has been arrested on suspicion of murder and is in police custody, West Yorkshire Police said. The boy’s school, North Huddersfield Trust, opened at 10.30am on Thursday and pupils and parents have visited the place he died to pay respects.In a tribute to Khayri on a GoFundMe page, his girlfriend, Shyana James, said: “A wonderful boy lost his life yesterday, he was only 15-years-old.”Speaking...
PUBLIC SAFETY・3 DAYS AGO
102.5 The Bone

VANCOUVER, British Columbia — An actor who once appeared in an episode of the popular TV series “Riverdale,” was sentenced to spend the rest of his life behind bars for murdering his mother. Ryan Grantham pleaded guilty to second-degree murder for killing his mother, which comes with...
PUBLIC SAFETY・3 DAYS AGO
The Independent

A coroner issued the “greatest of warning” to an inquest into the death of schoolgirl Molly Russell, as the court was shown videos of “the most distressing nature” the teenager had liked or saved on social media.Coroner Andrew Walker told the inquest the clips appeared to “glamorise harm to young people” and told those present to leave if they were likely to be affected by the material.North London Coroner’s Court heard lawyers and the coroner had discussed whether to edit the videos before they were played, because they were “so uncomfortable to view”.The coroner added: “But Molly had no such...
PUBLIC SAFETY・2 DAYS AGO
The Independent

Lilia Valutyte: Man appears in court charged with murdering nine-year-old as she played in street

A man has appeared in court charged with murdering a nine-year-old girl as she played in the street with her younger sister.Deividas Skebas, a Lithuanian national, is accused of killing Lilia Valutyte in Boston, Lincolnshire, on 28 July.The schoolgirl was found with a stab wound in Fountain Lane, Boston, Lincolnshire, at about 6.20pm.An inquest opening later heard she died from the wound to her chest and was confirmed dead at Boston’s Pilgrim Hospital.Appearing via video-link at Lincoln Crown Court on Friday, Mr Skebas, 22, was due to enter a plea but the case was adjourned for reports.A provisional trial date...
PUBLIC SAFETY・2 DAYS AGO

Police investigating after boy, 12, injured by firework in garden

Police are investigating after a 12-year-old boy was injured by a firework in Knowsley.The child suffered injuries to his head and body after the firework was set alight in the garden of a property in Huyton on Sunday, Merseyside Police said.The boy was taken to hospital after ambulance and fire service staff attended the property on Pennard Avenue around 2.45pm on Sunday.Paramedics also treated a person who fainted.Both the police force and Merseyside Fire and Rescue are now investigating the circumstances of the incident.Chief Inspector Gary O’Rourke said: “Enquiries are in the very early stages to establish the circumstances into...
PUBLIC SAFETY・1 HOUR AGO
The Independent

Protesters clash with police outside Iranian embassy in London

Protesters have clashed with police outside the Iranian embassy in London as they call for an end to the Islamic Republic of Iran.Dozens of demonstrators gathered at the embassy in Princes Gate, Knightsbridge, London, on Sunday afternoon.It comes as protests in Iranian cities have spread across the world, sparked by the death of 22-year-old Mahsa Amini in custody after being detained by Iranian morality police.Angry protesters could be seen shouting and pushing against officers who had formed a line in front of the embassy.Crowds chanted “Death to the Islamic Republic” and waved Iran’s former national flag from before 1979.Footage shared...
PROTESTS・1 HOUR AGO
The Independent

Police drop investigation into ‘online threat’ made to JK Rowling

A police investigation into an “online threat” to JK Rowling over her support for stabbing victim Sir Salman Rushdie has been dropped.The Harry Potter author, 57, shared screenshots of a message from a user who wrote “don’t worry you are next” in response to her tweet about Sir Salman last month.Indian-born British author Sir Salman, whose writing led to death threats from Iran in the 1980s, was to deliver a lecture at the Chautauqua Institution, 65 miles from Buffalo in New York state, when he was stabbed on August 12.He has faced years of threats over his book The Satanic...
PUBLIC SAFETY・3 HOURS AGO