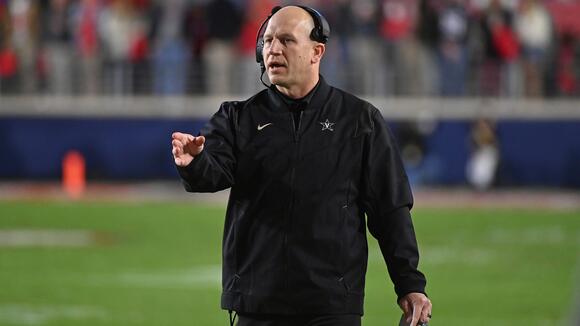 Vanderbilt football announced Nick Howell as its defensive coordinator on Wednesday. Howell was hired by the Commodores in December as a defensive backs coach before being promoted when Jesse Minter left for Michigan.

“Nick brings a wealth of experience in the role of defensive coordinator, but more importantly, he is skilled at building an environment to drive the style of defense we want to see at Vanderbilt,” Clark Lea said in a statement. “Nick will be an excellent culture builder for us and he has already started building relationships with our men. I’m excited to have Nick leading our defense and we’re looking forward to watching the unit progress under his direction.”

Here's what to know about Howell:

For the past 15 years, Howell worked under longtime BYU and Virginia coach Bronco Mendenhall, who like Clark Lea is a defensive-focused coach. Howell became defensive coordinator for the Cougars in 2013.

Howell then followed Mendenhall to Virginia before Mendenhall's resignation in 2021. BYU made a bowl every year of Mendenhall's tenure. Under Mendenhall and Howell, the Cavaliers qualified for a bowl in four of six years (their 2021 bowl was canceled due to COVID-19), including an ACC Coastal Division title and Orange Bowl appearance in 2019.

He worked with Kyle Van Noy and Ziggy Ansah

Kyle Van Noy and Ziggy Ansah, both well-regarded NFL pass-rushers, were at BYU under Howell, including when he served as the Cougars' outside linebackers coach in 2010. (He later moved to coaching defensive backs and special teams.) Several defensive backs he worked with at Virginia, including Juan Thornhill, Bryce Hall and Tim Harris, have also played in the NFL.

He started as a high school coach

Howell was the coach who primarily recruited Vanderbilt commit Jameson Wharton. Howell's previous experience was largely at schools that, like Vanderbilt, are hard to recruit to, but Howell helped land BYU four-star recruits Chaz Ah You and Troy Warner (though the pair played their tenure with the Cougars after Mendenhall and Howell left).