Cost of living crisis could be fatal for some UK children, Jack Monroe tells MPs 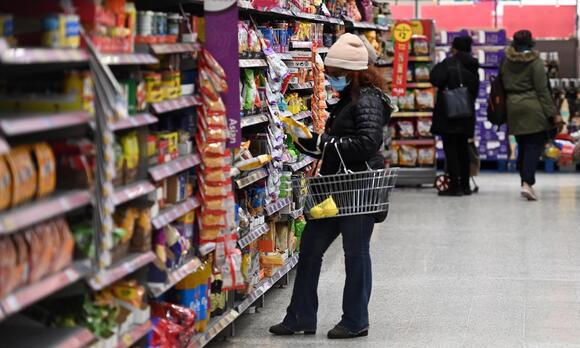 The impact of the cost of living crisis on children in the UK already living in poverty would in some cases prove “fatal”, the food writer and campaigner Jack Monroe told MPs, adding: “And that’s not a term that I use lightly.”

Monroe described the situation faced by millions of children living in poverty as “already untenable”, having become increasingly so over the last decade, and called for social security benefits to be uprated in line with inflation.

Individuals on the lowest incomes had been hit hardest by increases in the price of everyday food essentials, and the reduced availability of value product lines, she told MPs. A £20 food shop now bought about two-thirds the amount of goods it did a few years ago.

“And that’s not people deciding not to go to the theatre or not have legs of lamb or bottles of champagne; that is people deciding ‘we won’t eat on Tuesday or Thursday this week’ or ‘we’ll turn the heating off’ or ‘we’ll skip meals’,” she said.

Last month Monroe successfully campaigned for Asda, her local supermarket in Shoeburyness, Essex, to reintroduce value food lines, and drop prices on a number of basic products such as rice and pasta, which had in some cases gone up by more than 100% in a year. Asda reintroduced the items and prices in all its UK stores and online.

Asked by the committee chair, Stephen Timms, why she thought supermarkets had withdrawn their value range, Monroe said: “They thought they could get away with it. They did it for a very long time. They probably thought no one would notice, and the people who did notice weren’t the people who tended to be listened to.”

She added: “I’m grateful they have listened but exasperated that it took a late-night rant on Twitter in order for anybody to pay any attention.”

It was wrong that food retailers in effect were deciding whether customers could access sufficient food, she suggested “The onus on ensuring that people are able to feed themselves adequately and decently and nutritiously should not fall on the price point of pasta in a supermarket.”

Related: To those who wish to penalise poor people, cold and hunger are signs of a perfect system | Frances Ryan

Monroe urged the government to increase social security benefits by at least 6% from April, rather than the planned 3.1% rise. “Even 6% is not going to adequately cover the difference in cost of living, plugging the gap for what people haven’t had for so long, but it’s a start.”

She disputed the notion that it would be difficult for the government to come up with an adequate level of benefits. “It’s simply a matter of giving people the dignity and the advocacy to say ‘this is what I need’ and give it to them. No one is asking for the moon. People just want to be able to pay their rent and feed their kids.”

Monroe said people on low incomes were cutting down on food to cope with the soaring costs of rent and energy. “In my experience of 10 years on the coalface of anti-poverty work, I can tell you that people are just eating less or skipping meals or having less nutritious food, bulking out on that 45p white rice and 29p pasta in lieu of being able to have fresh fruit and vegetables and nutritionally balanced meals.

“It’s not that food has got cheaper because it certainly hasn’t. It’s that everything else has got more expensive so there is less in the household budget for food.”

“Once is happenstance,” wrote James Bond’s creator. “Twice is coincidence. Three times, it’s enemy action.” As European politicians and security agencies ponder the three explosions that caused leaks in the two Nord Stream gas pipelines under the Baltic Sea on Monday, they may find this adage of Ian Fleming’s helpful in resolving their doubts about who was responsible.
POLITICS・2 DAYS AGO
The Guardian

The city’s water department has a small yet effective solution to keep its famous residents’ water use in check – a flow restrictor
LOS ANGELES, CA・1 DAY AGO
The Guardian

The US and its allies would destroy Russia’s troops and equipment in Ukraine – as well as sink its Black Sea fleet – if Russian president Vladimir Putin uses nuclear weapons in the country, former CIA director and retired four-star army general David Petraeus warned on Sunday.
MILITARY・1 DAY AGO
The Guardian

The Florida governor passes the hat for disaster relief.
FLORIDA STATE・2 DAYS AGO

Employees have grown to love the flexibility of remote working, and firms keen to keep their staff can do little about it, surveys find
ECONOMY・2 DAYS AGO
The Guardian

‘Our entire community is wiped out’: low-income Americans likely to be hit hardest by Hurricane Ian

People scramble for shelter, funds and news of missing loved ones
FLORIDA STATE・2 DAYS AGO
The Guardian

Russia has put Marina Ovsyannikova, the former state TV editor who interrupted a news broadcast to protest against the Ukraine war, on a wanted list after she reportedly escaped house arrest. The Ukrainian-born Ovsyannikova, 44, gained international attention in March after bursting into a studio of Channel One, her then...
PROTESTS・15 HOURS AGO
The Guardian

Why did the Brazil election pollsters get Bolsonaro’s vote so wrong?

One expert says many surveys overrepresented poor voters, and far-right supporters may just not respond
PRESIDENTIAL ELECTION・13 HOURS AGO
The Guardian

Russia-Ukraine war latest: what we know on day 223 of the invasion

Russia no longer has full control of any of the four provinces of Ukraine it says it annexed last week, after Ukrainian troops reportedly advanced dozens of kilometres in Kherson province. The Russian military has acknowledged that Kyiv’s forces had broken through in the Kherson region. It said the Ukrainian army and its “superior tank units” had managed to “penetrate the depths of our defence” around the villages of Zoltaya Balka and Alexsandrovka.
POLITICS・6 HOURS AGO

African Parks, of which the royal is president, is one of three parties accused of rushing a mass translocation of the mammals
ANIMALS・3 DAYS AGO
The Guardian

Elon Musk has prompted an online row with Ukraine’s president after he asked Twitter users to weigh in on his ideas to end Russia’s war. In a tweet, Musk suggested UN-supervised elections in four occupied regions that Moscow has falsely annexed after what it called referendums. The votes were denounced by Kyiv and western governments as illegal and coercive. “Russia leaves if that is will of the people,” Musk wrote.
BUSINESS・7 HOURS AGO
The Guardian

Two children, one night to survive as a solo parent… What could possibly go wrong?

For the past few weeks, we’ve been trying to get our little cherub to drink formula so her mum can have a bit more freedom. The first few weeks of trying were calamitous, as our doughy poppet seemed utterly repelled by the thought of latching on to anything that wasn’t anatomically connected to someone. She interpreted our first offerings of formula as, ‘Here is some poison for you to drink.’ Now, she gives us the annoyed, but indulging, response one typically gets from the words, ‘Is Pepsi OK?’ which we consider progress. My daughter’s attitude to me is generally similar. I adore her, but she thinks me merely pleasant, holding me in the strained ambivalence my wife has for the people who do holiday cover for Radio 2 presenters.
KIDS・1 DAY AGO
The Guardian

Maggie Haberman, the New York Times’ Trump whisperer, delivers. Her latest book is much more than 600 pages of context, scoop and drama. It is a political epic, tracing Donald Trump’s journey from the streets of Queens to Manhattan’s Upper East Side, from the White House to Mar-a-Lago, his Elba. There, the 45th president holds court – and broods and plots his return.
POTUS・2 DAYS AGO
The Guardian

Next week, the US supreme court will hear oral arguments in a case that could put climate, public health and animal welfare regulations across the country on the chopping block – from California’s ban on gas-powered cars by 2035 to state bans on food packaging that contains BPA or lead.
CALIFORNIA STATE・20 HOURS AGO
The Guardian

Venezuela swaps prisoners with US in hint of thawing relations

Venezuela has freed seven imprisoned Americans in exchange for the US releasing two nephews of President Nicolás Maduro’s wife who had been jailed for years on narcotics convictions. The swap of the Americans, including five oil executives held for nearly five years, follows months of back-channel diplomacy by...
U.S. POLITICS・2 DAYS AGO
The Guardian

Brazil election: why was Sunday’s result so disappointing for the left?

Brazil’s left went into Sunday’s election hoping for an outright majority for their candidate Luiz Inácio Lula da Silva over Jair Bolsonaro, the far-right figurehead who has been Brazil’s president for the last four years. At the very least, they hoped for a commanding margin and...
POLITICS・20 HOURS AGO