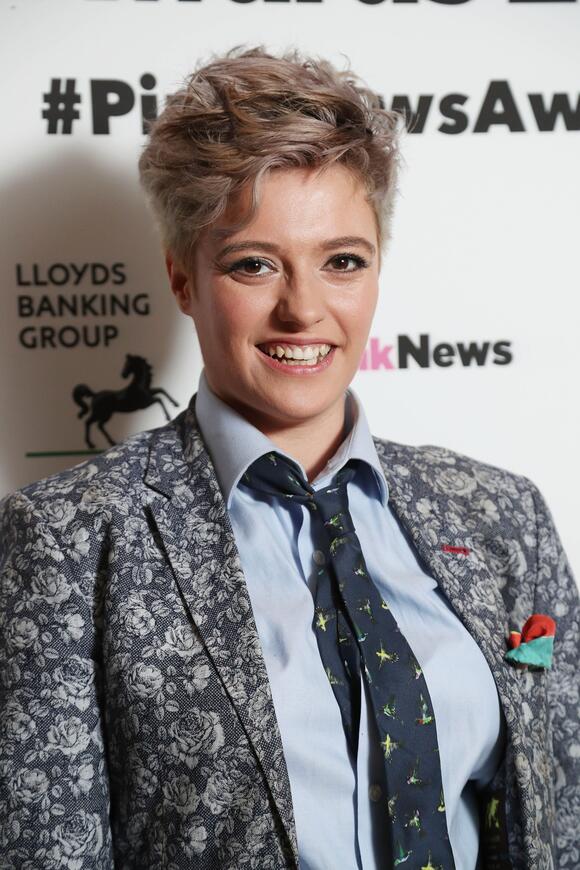 Food writer and campaigner Jack Monroe has told MPs that the impact of the cost of living crisis on the “millions of children living in poverty in Britain today” is “going to be, in some cases, fatal”, adding: “And that’s not a term that I use lightly.”

The food poverty campaigner told the Work and Pension Committee that the home situation of children living in poverty was “already untenable” and had been increasingly so over the last decade.

Ms Monroe, who has argued that the increasing price of everyday essentials and decreased availability of value product lines had left poorer individuals seeing a higher rise in the cost of living than had been reported in existing inflation measures, said: “That then makes it difficult to identify that a £20 a week food shop a few years ago gets probably about two thirds of what you’d be able to get for that £20 now.

“And that’s not people deciding not to go to the theatre or not have legs of lamb or bottles of Champagne, that’s people deciding ‘we won’t eat on Tuesday or Thursday this week’ or ‘we’ll turn the heating off’ or ‘we’ll skip meals’.”

Ms Monroe, who welcomed Asda making good on its pledge to roll out its lowest-priced value range to more stores, added: “The onus on ensuring that people are able to feed themselves adequately and decently and nutritiously shouldn’t fall on the price point of pasta in a supermarket.

“Food is one of the most fundamental human necessities for survival. It’s the last thing that any household chooses to cut in their budget.

“In my experience of 10 years on the coalface of anti-poverty work, I can tell you that people are just eating less or skipping meals or having less nutritious food, bulking out on that 45p white rice and 29p pasta in lieu of being able to have fresh fruit and vegetables and nutritionally balanced meals.

“It’s not that food has got cheaper because it certainly hasn’t. It’s that everything else has got more expensive so there’s less in the household budget for food.”

Jason Manford has reassured viewers who are concerned they may not be able to donate to BBC Children In Need this year amid the cost-of-living crisis that the event is “for everyone”.The comedian, 41, who is joining the hosting line-up for the TV fundraiser, urged people to “just come and watch the show” as he appeared on BBC Breakfast to discuss the 2022 appeal.The event is this year focusing on tackling the impact of the cost-of-living crisis on children, young people and the charities and community organisations which support them.'When it hits the fan - as it were - I...
CHARITIES・42 MINUTES AGO
The Independent

Prince of Wales: Too many lives being destroyed by illegal wildlife crime

The Prince of Wales will warn that too many lives are being destroyed and too many species are facing extinction due to “sinister” illegal wildlife crime.William, who is now heir to the throne following the death of the Queen, will address the United for Wildlife (UfW) global summit at the Science Museum in London on Tuesday – his first speech since the King bestowed him with his new title.His keynote speech – on a topic he has long campaigned on – is expected to highlight the serious and organised nature of illegal wildlife crime and its damaging impact on global...
PETS・1 HOUR AGO
The Independent

Voices: Homes for Ukraine proves how broken our housing market really is

This month is the sixth since the first Ukrainians were resettled in Britain through the government’s “Homes for Ukraine” scheme. Many people across the country were keen to help those fleeing violence and generously opened their homes. I was proud that in Sheffield alone, 500 Ukrainian refugee households were matched with hosts. The scheme has certainly been successful in highlighting the widespread desire in this country to help those escaping a warzone.However, the government’s failure to plan ahead now risks exacerbating the homelessness crisis. Government data has revealed that 1,335 Ukrainian households, including 945 families with children, have registered...
HOMELESS・1 HOUR AGO
The Independent

A young couple are moving out of their shared house to live in a renovated van and claim they will save £8,000 this winter.Ollie Pearson and Tessie Mitchell, both 23, have spent £15,000 on a converted Ford Transit, but see it as an investment that will help them escape the cost of living crisis.Like millions of other people across the country, the couple’s bills have skyrocketed.So, they decided to explore a different lifestyle choice and bought the secondhand van, which had already been converted.It came equipped with a solar panel on the roof, a gas cylinder which requires filling up...
LIFESTYLE・1 HOUR AGO

Voices: My child got an attendance award at school – and I’m furious about it

Last week, my son came home from school with a sparkling new pencil case he had won for his 100 per cent attendance. He was so excited about his accomplishment, beaming with pride. I told him what a lovely pencil case it was, but quickly delivered a monologue to him about how attendance does not make a child good or bad. It is lovely he has gone to school every day so far this term, but it isn’t something I could congratulate, because it wasn’t his accomplishment – just his luck of the draw.“There are kids who haven’t been...
KIDS・2 HOURS AGO
The Independent

Covid inquiry: Those who suffered will be at its heart, chairwoman says

Bereaved families and those who suffered will be at the heart of the Covid-19 public inquiry, its chairwoman has said, as she promised to be “fair” and “thorough”.Former Court of Appeal judge Baroness Heather Hallett opened the inquiry in London saying she planned to investigate the UK’s preparedness for a pandemic, the Government’s response, and its impact on patients, NHS and social care staff and the public.A minute’s silence was held for those who lost their lives, with Lady Hallett saying: “There’s one word that sums up the pandemic for so many, and that is the word ‘loss’.“Although there were...
PUBLIC HEALTH・52 MINUTES AGO
The Independent

Voices: The bloody battle for the soul of the Tory party has begun

A split in the Conservative Party is looming after Liz Truss’ disastrous start as prime minister. Not a formal break-up into two parties, but what insiders call an "intellectual divide" between the "freedom first" libertarians led by Truss and a rival group – let’s call them communitarians – who want more emphasis on community and society, and less on individualism.Michael Gove put himself at the head of the alternative faction by leading the successful rebellion against the plan to abolish the 45p in the pound top rate of tax. Rishi Sunak will likely be part of this group. For...
POLITICS・20 MINUTES AGO
The Independent

People who have lost loved ones in the Covid-19 pandemic and those who have suffered will be at the “heart” of the public inquiry, its chairwoman has said.Former Court of Appeal judge Baroness Heather Hallett opened the independent inquiry in London saying she would conduct a “thorough” and “fair” hearing.Just before a minute’s silence was held for those who lost their lives, she said: “There’s one word that sums up the pandemic for so many, and that is the word ‘loss’.“Although there were positive aspects of the pandemic, for example, the way in which communities banded together to help each other...
PUBLIC HEALTH・1 HOUR AGO

Liz Truss has refused to confirm whether benefits will be uprated in line with soaring inflation, meaning some of the poorest could face a real-term cut to their income. The prime minister faces a new battle with her MPs on welfare, with Commons leader Penny Mordaunt saying it would be wrong to not deliver an inflation-matching rise. Ms Truss, speaking on the Today programme this morning, said she is “committed to supporting the most vulnerable” but “we have to be fiscally responsible”. She also said that “this is the right time to take on some extra borrowing because of...
BUSINESS・1 HOUR AGO
The Independent

The risk of someone taking their own life is almost seven times higher after diagnosis of young onset dementia, a new study suggests.Researchers say their findings indicate clinics should target suicide risk assessment to patients who are diagnosed with the condition before the age of 65.Early recognition and a timely accurate diagnosis of dementia, combined with specialist support, are important factors in reducing the distress caused by a young onset diagnosis, they add.Queen Mary University of London and University of Nottingham scientists looked at medical records of some 594,674 people from 2001 to 2019 to determine if there was a link...
MENTAL HEALTH・2 HOURS AGO
The Independent

Liz Truss has been told by a member of her Cabinet that it “makes sense” for benefits payments to rise in line with inflation.Penny Mordaunt, the Leader of the House of Commons and a former Conservative Party leadership contender, told Times Radio that she has “always supported” both pensions and welfare support rising alongside inflation.After U-turning on plans to scrap the 45p tax rate for top earners after pressure from backbench MPs, the Prime Minister is now facing uproar in some quarters of her party over speculation that the Government could oversee a real-terms cuts to benefits in a bid...
BUSINESS・1 HOUR AGO