A famous dancing family with roots in Bergen County and Ukraine is collecting thousands of supplies to send to war-torn Ukraine to help humanitarian efforts.

Aleksandr “Sasha” Chmerkovskiy, the father of "Dancing with the Stars" pros Maksim and Valentin, launched a massive donation effort that resulted in more than 20,000 items purchased from an Amazon registry in 48 hours.

Chmerkovskiy created the charity organization named Baranova 27 , for the address where he lived and his sons grew up in Odesa, Ukraine.

"I can't go and defend the country, but in my heart I felt this is the only way for me to be helpful," he said.

The family came to the U.S. almost 30 years ago. He's now an Edgewater resident and owns a dance studio, Dance With Me, in Fort Lee.

Maksim, a former Fort Lee resident, was in Ukraine when Russia invaded on Feb. 24, filming a Ukrainian version of "World of Dance" as a judge. His father said he returned home to his family in California five days ago and has been posting updates on social media. On Sunday night, he was interviewed on CNN.

On social media, Valentin thanked his fans for the "amazing response" with donations and encouraged anyone in the New Jersey area to help out.

"We're doing it and we're doing it together," he said on Instagram. "I just wanted to say thank you. Thank you for such an amazing response and let's keep going because it's easy to get tired." 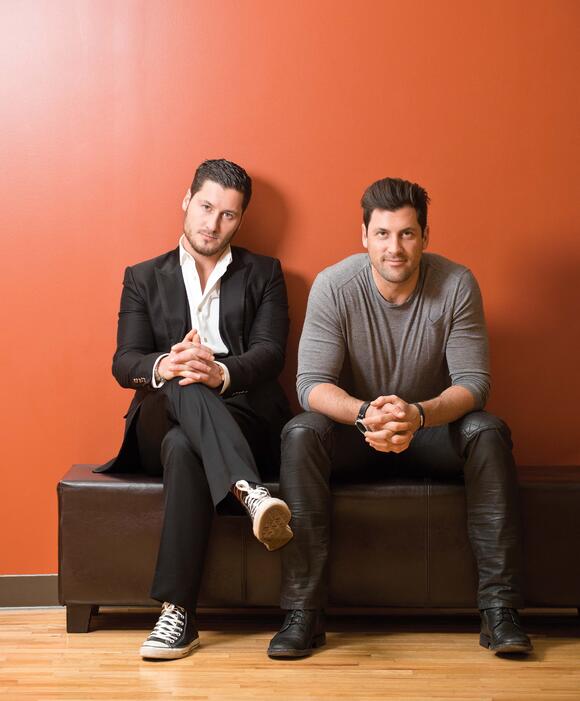 Across New Jersey: Firefighters in Clifton launch statewide collection of gear for counterparts in Ukraine

Amazon packages are coming in from all over the country, Sasha Chmerkovskiy said, and people are dropping off hundreds of items in person. A 4,500-square-foot drop-off space on Hudson Street has been donated for the next six weeks, Fort Lee Mayor Mark Sokolich said.

"This is how we Americans can help," Chmerkovskiy said. "This is how we can make a difference and help. We can't go fight and pull a trigger, but we can use our energy to do this."

Once the items are shipped to Ukraine, the family has local volunteers who will distribute the items to "hot spots."

"I'm not over-exaggerating — the support has been overwhelming," Chmerkovskiy said. "Just enormous, amazing show of support and unity."

Fort Lee is part of that outpouring of support. Department of Public Works employees are helping to unload the hundreds of boxes off Amazon trucks as they come in, and they dropped off tables, chairs and space heaters for the collection point, as well as dumpsters to collect empty boxes.

There are 80 volunteers scheduled to sort through all the deliveries and organize them in categories. Local restaurants are providing free meals for the volunteers, Sokolich said.

The borough will help deliver the packages at the end of each day to a Ukrainian shipping facility in Newark.

"Everyone is donating something," Sokolich said. "It has just been an amazing effort, and word hasn't even gotten out locally yet."

Kristie Cattafi is a local reporter for NorthJersey.com. For unlimited access to the most important news from your local community, please subscribe or activate your digital account today.