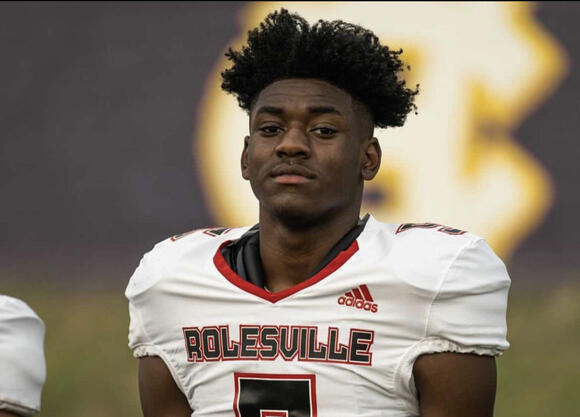 Alpharetta, Ga.-- For months, Tennessee has recruited 2023 Rolesville (N.C.) wide receiver, Noah Rogers. He is hearing from essentially every major school in the South as well as Ohio State and several other schools outside of the region. Rogers discusses his interest in the Vols, thoughts on Kodi Burns leaving Knoxville, and more.

Last week, Kodi Burns left Tennessee to take the receiving coach position with the New Orleans Saints. Burns was helping Tennessee recruit several elite receivers, including Rogers, so what impact did the move have on the Tar Heel State standout.

"I have been to Tennessee and talked to several people up there, and I am trying to get back up there soon," Rogers said of the Vols. "I believe what Coach Burns was recruiting me to Tennessee for is still there. He told me before he went to the Saints that they were still going to try to get me to Tennessee, and as soon as they hire a new receivers coach, you will be one of the first guys they talk to. Coach Heup and the assistant receivers coach told me the same thing, so it is still all love with how they want me."

Rogers has built a bond with Josh Heupel during his recruitment as well.

"I have texted him a lot," Rogers said about Heupel. "He seems like a really good guy. He likes to throw the rock a lot, and I like that. I know the way they throw the ball fits me."

Rogers visited Tennessee last season for the Ole Miss game, and he enjoyed that trip thoroughly.

"It was just active, and it was lit," Rogers said of the visit to the Ole Miss game. "I liked it a lot. I don't think I had a bad time or moment with going there."

He got a chance to see how Tennessee's offense works and how he could fit into, and it all lined up with what the Tennessee coaches had previously told him.

"I do like what the coaches have shown me in the offense, and I do think I could help take it to the next level," Rogers said. "I think it seems like a similar offense to what I run now at Rolesville, so that is an offense I could fit in."

With the change and a new coaching hire coming in the near future, the Vols are certainly still a factor for Rogers and a school he considers to still be among the top group moving forward as he looks to cut his list sooner than later.

"I think they have done a good enough job to be a part of it," Rogers said. "I am just going to see how things go with that change going on."

Rogers is not sure of a decision timeline, but it could come as early as the summer. He hopes to have it done by his senior season. He plans to return to Tennessee once they hire a new receivers coach.