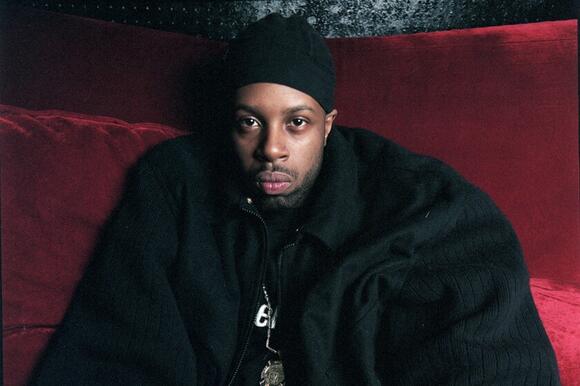 A world away from the precise beat patterns and samples enabled by drum machines and modern recording software, the tracks that Dilla produced starting in the mid-1990s in collaboration with artists including Pharcyde, A Tribe Called Quest, the Roots, Common, Erykah Badu and Madlib seemed to wobble within the rhythmic grid as if the machine’s innards were made of Jell-O.

The artist, born James Yancey, is the focus of the new book “ Dilla Time: The Life and Afterlife of J Dilla, the Hip-Hop Producer Who Reinvented Rhythm ." Written by bestselling author and New York University associate professor Dan Charnas, it vividly outlines the ways in which J Dilla shifted the notion of rhythm in the digital age.

Dilla died at 32 of the rare blood disease TTP (thrombotic thrombocytopenic purpura) in 2006 at his apartment in Hancock Park, but not before establishing himself as a fearless innovator. His ideas on the power of precisely imperfect beats and the ways that looseness generates a certain swing have informed contemporary music ever since.

This month, “Dilla Time” debuted in the top 10 of most major bestseller lists, a feat few could have predicted in the immediate aftermath of the producer's death. He never produced a top 10 record, but in the 16 years since, countless high-profile fans and former collaborators have adamantly argued for Dilla’s place in the pantheon, including Questlove, Pharrell Williams and Peanut Butter Wolf.

In the introduction, Charnas makes a grand claim about the artist's influence, writing that J Dilla "is the only producer-composer to emerge from hip-hop and, indeed, all electronic music to fundamentally change the way so-called traditional musicians play. And the core of Dilla’s contribution is a radical shift in how musicians perceive time.”

What follows are seven takeaways from the book, out now from Farrar, Straus and Giroux.

1. As Jay Dee, J Dilla produced tracks for the Pharcyde in L.A. (and punches were thrown).

One of Dilla’s earliest advocates was A Tribe Called Quest producer and rapper Q-Tip, who in 1995 connected him with South Los Angeles rap group the Pharcyde. Dilla flew to Los Angeles to start working with the group.

Before he arrived, he'd programmed a beat that ended up becoming the Pharcyde's "Runnin'," writes Charnas, “so that it did different things in every new measure of music, as a human drummer would do. And he programmed it without timing correct, increasing the sense of the unexpected. The hyperactive kick drum raced ahead of the samba sample, which in turn seemed to be racing ahead of the snare drum.”

The sessions were not without drama.

Mixing "Runnin'" in a Silver Lake studio one day in 1995, Dilla and all but one member of the Pharcyde took a meal break. When they returned, writes Charnas, they discovered that the Pharcyde's Fatlip “had changed James’s kick drum without telling any of them what he was doing. [Pharcyde bandmate] Tre had loved the track. Now, to him, it sounded … stiff. Boring. And he could tell from James’s expression that the quiet producer was crestfallen.”

When Tre learned that Fatlip had deleted Dilla’s original "Runnin'" bass rhythm, “Tre felt the adrenaline coursing through his body. This fool needs to get smacked,” Charnas writes, adding that Dilla "didn’t see who threw the first punch, but by the time he scrambled into the hallway, Tre and Fatlip were scuffling on the floor.”

In the late 1990s, the Los Angeles-based musician inventor Roger Linn teamed with Japanese electronics maker Akai to create Dilla's weapon of choice, the MPC3000. With a crucial feature called "shift timing," the machine was about the size of a family Bible and allowed the producer to program in human-style inconsistencies measure by measure.

Until Dilla, "no one had tapped the true potential hidden in these key MPC features: not to make a machine beat sound more like that of a 'real' drummer, but to make a kind of rhythm that no drummer had ever made before,” Charnas writes.

Instead of abiding by rap's life-long reliance on rigid, grid-patterned beats, he adds, Dilla "did the opposite: he bent the machine grid to accommodate his sample sources, because he was focused on using those samples for their rhythmic and harmonic feel.”

3. New York’s Electric Lady Studios in the late 1990s is ripe for a biopic.

What followed was a whirlwind set of sessions involving Dilla, Lauryn Hill, the Roots, Erykah Badu, D'Angelo and others (collectively known as the Soulquarians) at Electric Lady Studios.

Writes Charnas of that period in Dilla's life: “The sessions at Electric Lady also blurred lines that James had drawn in his own mind. James saw himself as a programmer, but here he found partners who saw serious programming and serious musicianship as one and the same, and thus treated him as a serious musician.”

4. Dilla produced the majority of Common's 2000 breakout album, 'Like Water for Chocolate.'

In 2000, the producer teamed with Chicago rapper Common for his commercial breakthrough, "Like Water for Chocolate." Dilla, as Jay Dee, produced or co-produced 11 of the album's 16 tracks. The project was executive produced by the Roots' Ahmir "Questlove" Thompson, a longtime friend and advocate. The year before, Dilla had produced the Roots' track "Dynamite!"

The breakout single on "Like Water for Chocolate" — and the Dilla production known to the widest segment of the population — was "The Light," a Grammy-nominated love letter from Common to his girl.

Writes Charnas of Dilla's approach on the song: “James took a piece of choppy piano from a ballad performed by the blue-eyed soul crooner Bobby Caldwell and set it underneath drums sliced out of an Ohio Players single, 'Funky Worm.' The Caldwell piano, so rhythmically straight that it was almost cornball, contrasted with the swing and syncopation of the rhythm track."

Dilla spent the last few years of his life in Los Angeles. Living with roommate Common, he was starting work on a project for the Highland Park label Stones Throw that became “Donuts,” Dilla's game-changing instrumental beat album. By then a respected producer, his arrival on the West Coast had been noted by a rising confederation of admirers.

The producer befriended the braintrust behind Stones Throw Records, who had developed a bond while the team embarked on a collaborative tour for "Jaylib," Dilla's Stones Throw-released collaboration with Madlib.

Charnas describes Dilla's ideas during this fruitful period with a sense of awe. He "had some of his own ideas about that concept’s potential for harmony, melody, rhythm, and meaning," Charnas writes about his sampling technique. "You could simply take a virtual sledgehammer to the record and make a collage with the multicolored shards.”

Among those who Dilla worked with include Thundercat, Sa-Ra Creative Partners, Peanut Butter Wolf and J-Rocc. The success of "Donuts" would set Stones Throw on its way to becoming an essential independent label.

In 2003 Yancey was diagnosed with the blood disease that killed him. Though he tried to hide it after moving to Los Angeles, the disease was painful and debilitating and required the then-30-year-old to adjust his diet, undergo regular rounds of dialysis and take steroids that made his face bloated and sapped his appetite.

6. On his deathbed, Yancey was visited by the ghost of Wu-Tang Clan's Ol' Dirty Bastard.

Charnas handles Dilla's brutal final two years, in which the producer also developed lupus, with an unflinching eye. The dueling diseases resulted in the artist being admitted to Cedars-Sinai for extended periods. Hoping to keep Dilla musically active — he was a relentless beat-maker — friends arranged for a small production unit to be set up in his Sycamore Avenue apartment.

In 2005 the producer presented Peanut Butter Wolf with a CD filled with beats drawn from recent vinyl sprees. Though fully formed, the tracks were brief and concise, writes Charnas. They were the seeds of "Donuts."

“These were tiny compositions, moving from place to place, in little more than a minute each. Instead of large open spaces on which an MC might rap, these were filled with hectic scratches and stabs of vocal and instrument samples.” Simultaneously, he was working on a more refined album called "The Shining."

Despite his creative advances, though, Dilla's health had deteriorated. His mother, Maureen "Ma Dukes" Yancey, held vigil by his bedside. Charnas writes that on one occasion, the producer had a delirium-induced, one-sided conversation that, when his mother later asked him about it, prompted a laugh. He told her he'd been visited by the late Wu-Tang Clan member Ol' Dirty Bastard, who'd died a few years before.

Dilla's reputation grew after his death. Though not planned, "Donuts" came out shortly after he was laid to rest, and with it a rush of attention that began the process of the producer's posthumous ascendance. Among the fans was an ace New York-based piano prodigy named Robert Glasper. Charnas writes that when Glasper, as a hotshot Houston high school pianist also into rap, first heard Dilla's work, he was shook. Glasper shifted his approach to playing soon thereafter.

After a set one night, Charnas reports, a New York jazz vet pulled Glasper aside and critiqued his band by saying, "the funk is not tight enough.”

The pianist wasn't fazed. “Glasper knew that what he and his trio were doing was in some ways even harder to digest for the jazz community than what Herbie Hancock had done with 'Future Shock' in 1983," writes Charnas. "This wasn’t some wikka-wikka turntable scratching, or a bunch of rappers rappity-rapping over chord changes. This was a fundamental change in jazz’s approach to rhythm and harmony, inspired ultimately by one person f—ing around on one drum machine."

Kanye West wore a “White Lives Matter” T-shirt Monday during Paris Fashion Week’s Yeezy runway show. And so did his conservative-pundit pal Candace Owens. Ye’s long-sleeved black T-shirt with bold white writing on the back served one purpose immediately: getting outlets to write about Ye’s presentation. But when Owens’ long-sleeved white version joined the mix, with the same message rendered in black type, the story got more complex.
DESIGNERS & COLLECTIONS・1 DAY AGO
Los Angeles Times

Retired baseball star Jimmy Rollins, who spent a season with the Dodgers, is asking $11.75 million for his modern mansion in Encino.
LOS ANGELES, CA・1 DAY AGO
Rolling Stone

Just over 20 years after the release of their 2002 debut single “Grindin,’” Virginia Beach-hailing rap duo Clipse reunited for a special performance of the track during the 2022 BET Hip Hop Awards on Tuesday night. Pusha T performed a medley of singles from his latest album It’s Almost Dry including “Diet Coke” and “Just So You Remember,” the latter of which served as the perfect segue into No Malice’s surprise appearance. The opening notes of “Grindin’” chimed through the venue just as Pusha T closed out the song rapping, “Just so you remember who you’re dealing with.” The Neptunes-produced single...
CELEBRITIES・18 MINUTES AGO
Los Angeles Times

Ben Affleck’s bachelor pad is as impressive as they come. The actor just unloaded the Pacific Palisades mansion for $28.5 million — good for the third-highest sale in the neighborhood so far this year. Records show Affleck bought the place for $19 million in 2018 following his divorce...
LOS ANGELES, CA・1 DAY AGO

Column: 'Blonde' and the new Anthony Bourdain book are suicide whodunits in which the answer is obvious

We say we understand that mental illness is real, but when people with histories of depression, addiction or alcoholism die via suicide we wonder how it could happen.
BOOKS & LITERATURE・2 DAYS AGO