All sports news from Baltimore, including the Orioles, Ravens and more.

2002 National Champion, Coppin State Head Coach Juan Dixon Discusses the 20th Anniversary of Terps' Title and His Dream of Coaching the Terps with the BBMS 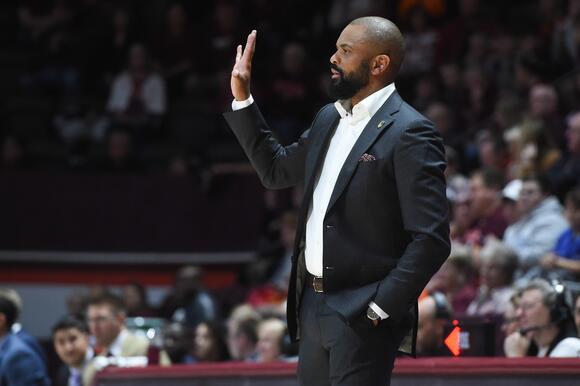 Saturday, the Maryland Terps will honor the 20th anniversary of the program's 2002 National Championship team, led by guard Juan Dixon. On Friday, Rob and Jeremy were joined by Juan to discuss his memories of that season and the magical run they made in March and April. Juan gives it up for his teammates and coaches that were instrumental to that run to a championship and how they helped make him a better player. Towards the end of the interview, Juan discusses how much Maryland means to him as a person and what a dream it would be to coach the Terrapins. Maryland fans, you won't want to miss this interview.

The talent is here for the Pitt Panthers to have their best season.
PITTSBURGH, PA・22 MINUTES AGO
Akron Beacon Journal

Looking to gain some momentum before sectional play, the youthful Nordonia volleyball squad is still showing signs of improvement and growth despite going against a robust schedule. Nordonia’s latest test came at home in a Suburban League clash against Wadsworth. The Knights lost the strong Grizzlies 3-0 by scores of 25-16, 26-24, and...
MACEDONIA, OH・14 MINUTES AGO

All sports news from Baltimore, including the Orioles, Ravens and more.