Here are the possible Peoria election candidates in 2022 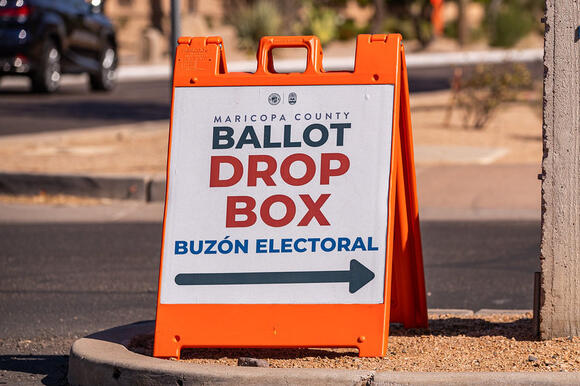 Both the Peoria City Council and Peoria Unified School Districts have seats open in the 2022 Arizona Primary election in August.

Although it is early in the election campaign, a number of possible candidates have pulled papers in the interest of running for an open seat.

Candidates must collect a minimum number of signatures to make it to the ballot. The filing deadline is April 4.

The election is Aug. 2, with a runoff election on Nov. 8, if necessary.

After more than 17 years on council and eight years as mayor, Cathy Carlat will term out this year, and so far two candidates have officially expressed interest in running for the seat.

Bridget Binsbacher, a current Peoria council member representing the Mesquite District in the northern part of the city, and political newcomer Jason Beck, owner of Peoria-based TYR Tactical, are planning to run for mayor.

In the Peoria Unified School District, four people have pulled papers with interest in running for the two seats that will be vacated by Cory Underhill and Rep. Beverly Pingerelli, R-Peoria.

PUSD President David Sandoval is gathering signatures for the Legislative District 28 Arizona State Senate race, but he will complete his term on the school board, which terminates Jan. 1, 2025.

As far as campaign finance, Beck and the incumbents are financially preparing for the coming election.

Philip Haldiman can be reached at phaldiman@iniusa.org, or on Twitter @philiphaldiman.