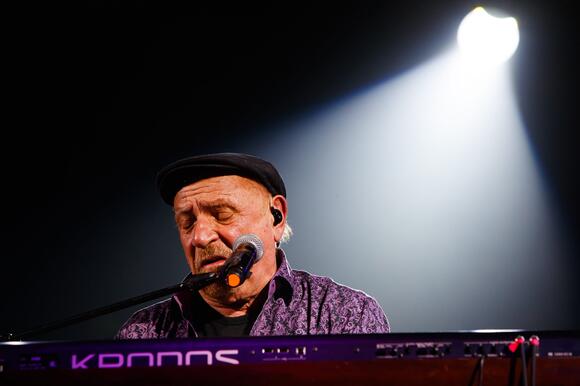 As a co-founding member of rock outfit The Rascals, Felix Cavaliere wanted to create change with his music.

He sang his way into rock 'n' roll history with essential 1960s tunes from "It's A Beautiful Morning" to "Good Lovin'" and "People Got To Be Free," following at least one rule along the way — the golden rule.

"We come from an era where we were really trying to change things," Cavaliere told The Tennessean, adding: "Treat others like you want to be treated,"  We used to write songs and write music that reflected that ideology."

On Feb. 23, Middle Tennessee State University celebrated Cavaliere for nearly six-decades of golden-ruled truth-telling by presenting him with the Free Speech In Music Award, an honor offered by the university's Free Speech Center alongside the Center for Popular Music and College of Media and Entertainment.

Cavaliere accepted the award at a free public concert and conversation on campus in Murfreesboro. The event featured a Q&A session with Cavaliere and Ken Paulson, Free Speech Center director, as well a performance from the singer-songwriter and his touring band, Felix Cavaliere’s Rascals.

The award recognizes those who utilize free speech in music, and The Rascals' 1968 song "People Got To Free" stands as a crucial song for social change released at the height of civil turmoil in the late '60s. 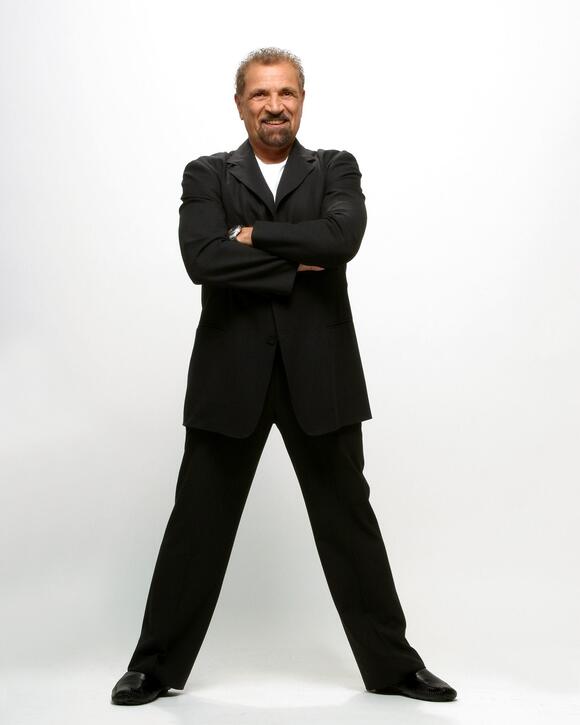 "People Got To Be Free" hit record stores weeks after the assassination of Martin Luther King Jr., and in a plea for musical equality following its release, the band pushed concert promoters to book racially-balanced shows — or else they'd stay home .

That same year, the group performed a benefit concert for King Jr. at Madison Square Garden in New York City, a night he described as "the perfect of example of everybody getting together and making a statement."

"It just struck me," Cavaliere said of the time "People Got To Be Free" was released. "Like, 'Oh my God. This is crazy.' You have a platform, you have people listening to you. You say, 'You know what? I really gotta say something.' I wrote the song that it was really heartfelt. There's no side here. It's just, people got to be free. It's as simple as that."

But, of course, the label balked at releasing "People Got To Be Free," Cavaliere said.

"Fortunately, our contract [dictated] that we were in charge," Cavaliere said. "We pushed and it became No. 1.

He added, "So we made our statement. ... It didn't hurt anybody. That's a perfect example of being able to get your view across."

Utilizing a platform paid off for The Rascals. While the band isn't idolized to the extent of 1960s counterparts the Rolling Stones or the Beatles, its streak of pop-rock hits stand among some of the most recognized of the time. And today, Cavaliere joins elite company as a member of the Rock and Roll, Songwriters and Musicians Hall of Fame.

Based in Middle Tennessee since the late 1980s, Cavaliere continues to tour behind the songs that helped shape his generation. A run of shows kick off later this year co-billed with Micky Dolenz of Monkees fame.

"Our generation," Cavaliere said, "we connected through music. I say this in my show, but when Paul [McCartney] fell in love, he wrote [a song]. When Keith [Richards] went to jail, he'd write a song. We communicated with each other. That's what I try to recreate — that type of mood, that type of atmosphere on stage.

"I even try to put in nuances from other songs of that era."

And a handful of stories in Murfreesboro won't be the only chance for fans of 1960s rock to catch Cavaliere's tales this year. A book from the singer, called "Memoir of a Rascal," hits shelves next month.

"I'm really, really happy that I opened up that door," Cavaliere said, adding: "I had forgotten. It was an interesting, interesting thing."