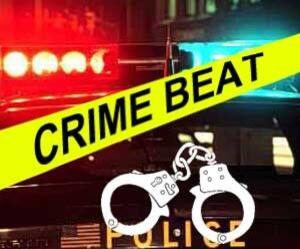 ELKTON — A couple remained jailed Tuesday after the woman allegedly videotaped herself and the man engaging in sex acts with their six-month-old daughter inside their Elkton-area home and later posted footage of the molestation on social media, according to Cecil County District Court records.

Court records indicate that, during a recorded police interview, McCroskey confessed to videotaping herself performing a sex act on their baby girl; to videotaping Colby forcing their infant daughter to perform a sex act on him; and to later uploading both videos to “multiple social media websites.”

(The alleged videotaping of the infant molestation occurred approximately two years ago, when the suspects’ daughter was about six months old, court records show. It is not clear when McCroskey allegedly uploaded the two child pornography videos to social media.)

The overall investigation leading to the suspects’ arrests on Saturday started in December, when an “international law enforcement partner” provided FBI agents with two videos relating to the “production of child pornography containing an infant victim,” police said. Investigators believed that the videos had been made within the United States, police added.

The first video lasts 58 seconds and shows an infant being forced to perform a sex act on an adult man, whose face cannot be seen, according to the charging document, which further alleges that a “female’s voice” in the background can be heard laughing and crudely cheering on the baby seen in the footage.

Court records allege that the second video, which lasts 63 seconds, shows a woman with mouth and nose piercings performing a sex act on a baby girl. During that video, according to the charging document, the woman says, “Show them what a good (expletive) you are . . . “

In that first video, a “blue/gray/white colored diamond-pattern blanket” can be seen in the background, police reported.

“Through various investigative means, members of the FBI identified (the woman) depicted in both videos as Summer Nichole McCroskey . . . Further investigation revealed McCroskey currently resides (on a road near Elkton) and that she has a 2-year-old daughter.”

The identifying information led to FBI agents conducting court-approved searches of that residence, which is shared by McCroskey and Colby, and an adjacent house, court records show.

“A blanket matching the description of the blue/gray/white colored diamond-pattern blanket observed in Video 1 was seized during the execution of the search warrants,” Price reports in his written statement of probable cause.

The charging document relating to Colby indicates that, although a face cannot be seen in Video 1, the footage shows a white man’s hands.

McCroskey “agreed to speak with investigators,” after they read the suspect her Miranda Rights and she, in turn, waived her right to remain silent, court records show.

During the police interview, McCroskey admitted that she filmed Video 1, according to the charging document. McCroskey also told investigators that the male seen in Video 1 is Colby, whom she identified as her husband and as the father of the baby girl who is being molested in that footage, court records allege.

She made other admissions during that police interview, too, court records show.

Colby is facing nine criminal charges, including second-degree rape and perverted sex practice, which carry maximum sentences of 20 years and 10 years respectively if convicted, according to court records, which further indicate that numerous child abuse counts have been filed against him, including one that is punishable by up to 25 years in prison if convicted.

McCroskey and Colby remained in the Cecil County Detention Center on no bond Tuesday, one day after their bail review hearings, court records show.