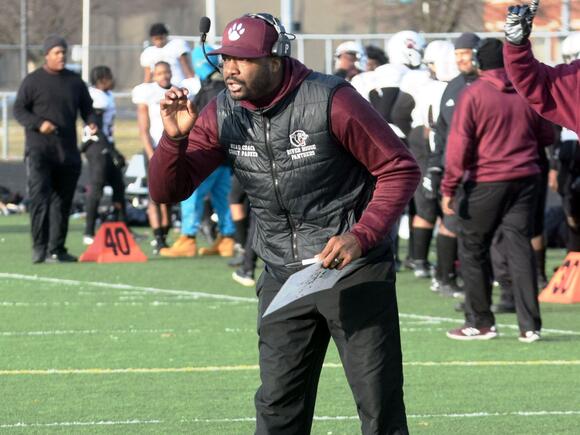 The University of Toledo football coaching staff is complete.

Bastien, a Florida native, comes to UT from Western Kentucky, where he coached linebackers in 2021. Prior to that, Bastien coached cornerbacks at Marshall for one season, helping the Thundering Herd lead the country in fewest points allowed, second in total defense, fourth in rush defense, and 11th in pass defense.

In 2018 and 2019, he was the assistant director of player development at Georgia, where he coached current Toledo wide receiver Matt Landers. Bastien spent two seasons as the linebackers coach at Georgia Southern (2016-17). Linebacker Ukeme Eligwe was a member of the Sun Belt’s all-newcomer team and fifth-round draft pick of the Kansas City Chiefs.

“He brings a wealth of football knowledge,” Candle said. “He’s had some great experiences along the way. First and foremost, I think he’s a great teacher and someone who will bring a lot of passion and energy to the practice field. Guys that invest at a high level and do it with a lot of passion and energy, those guys tend to be really successful.”

He began his coaching career as a defensive graduate assistant at Central Florida in 2014 and 2015. The 2014 team ranked fifth nationally in total defense, sixth in rush defense, and ninth in points allowed.

Bastien was a four-year letterman at UAB and a senior captain in 2013. The linebacker appeared in 44 games for the Blazers and was a three-year starter.

Parker comes to Toledo after a successful 13-year career as the head coach at River Rouge High School, a powerhouse in Detroit. River Rouge won the 2019 state championship and advanced to two other title games under Parker, who was a defensive back at Eastern Michigan.

“High school coaches are in unique situations. They have to wear so many hats and they have so many different responsibilities,” Candle said. “It’s so hard to be successful as a high school football coach anymore because the resources are limited. Corey is a guy who’s done a great job of taking care of kids and helping people consistently reach their potential. That’s a place that didn’t win a lot of football games until he got in position to take over. He took it to another level. We’re excited to get him here and help him in the next chapter of his career.”

River Rouge has qualified for the playoffs in 11 consecutive seasons. The program won eight games in the four seasons prior to Parker’s arrival. During his first season, River Rouge won two games with a 20-man roster.

Thirteen years later, it’s one of the most respected programs in the state.

“That’s a name that comes up each year among the college circle of someone who might be the next guy to take the leap,” Candle said. “Your name doesn’t get mentioned in those circles if you haven’t done it the right way. He’s another guy who brings a lot of passion and energy to the game. He’s a young go-getter who will exhaust every resource that we can put in front of our players to be successful.

“He’s a guy who will be really strong in relationships. The recruiting ties to Detroit are important, but when you peel back the onion and all the other things of what he can be from a mentor, from a teaching standpoint, and from a coaching standpoint, they far outweigh the value that’s added in recruiting.”