Ravi Teja and team wrap up second schedule of ‘Ravanasura’ 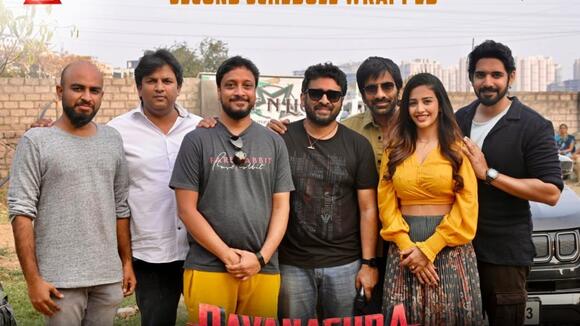 Hyderabad, Feb 12 (SocialNews.XYZ) Telugu actor Ravi Teja and director Sudheer Varma have come together for the interesting action thriller 'Ravanasura'. The team has now wrapped up the second shooting schedule as the gear ups for release.

Ravi Teja, Sushanth, Daksha Nagarkar, and others had taken part in the schedule, which was completed on Sunday. The makers made an announcement on the same, as they released a picture from the sets of 'Ravanasura'.

In the picture are Ravi Teja, Sushanth, Daksha Nagarka......